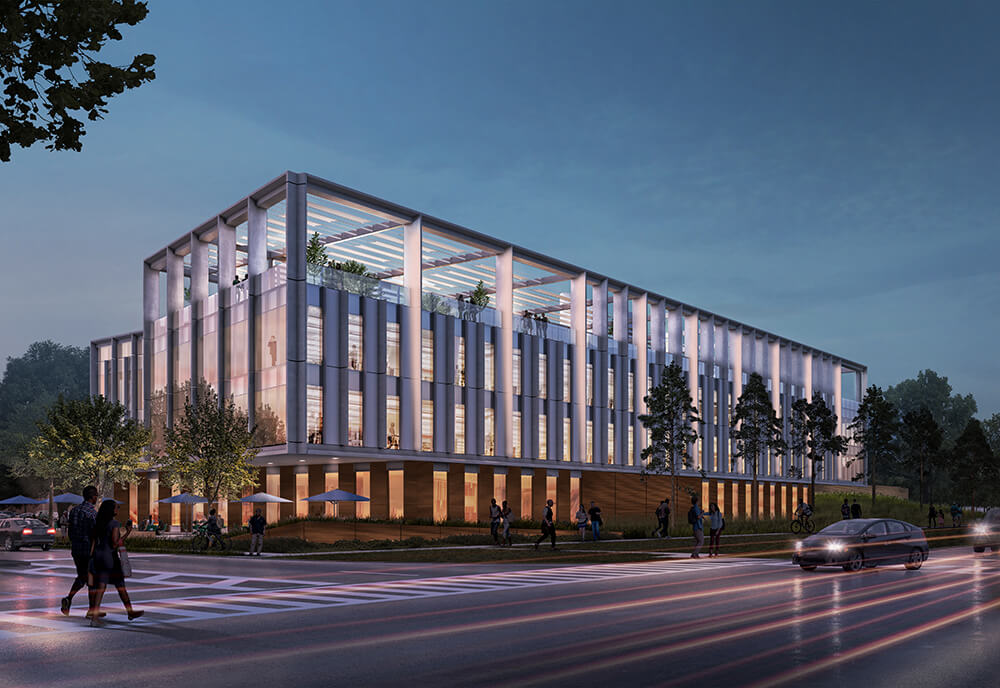 USF and area leaders gathered with the business community today for a ceremonial groundbreaking for the first new USF building in the research park since 2005.

Located at the gateway to the USF Tampa campus, the three-story, 120,000-square-foot building will house laboratory facilities, office and meeting space for innovators and both established and startup companies, as well as retail and dining options.

“Higher education has a responsibility to serve as a catalyst for regional economic development and upward economic mobility,” USF President Steven Currall said. “This facility will enhance our efforts to grow the region’s innovation and knowledge-based economy.”

The USF Research Park covers more than 112 acres on the north and south sides of Fowler Avenue, under the operation of the USF Research Foundation. USF’s incubator is currently home to more than 65 resident and affiliate companies and the USF Student Innovation Incubator’s dozens of student-led startups. More than half of the incubator companies focus on life sciences and nearly half are commercializing technologies developed by USF researchers. 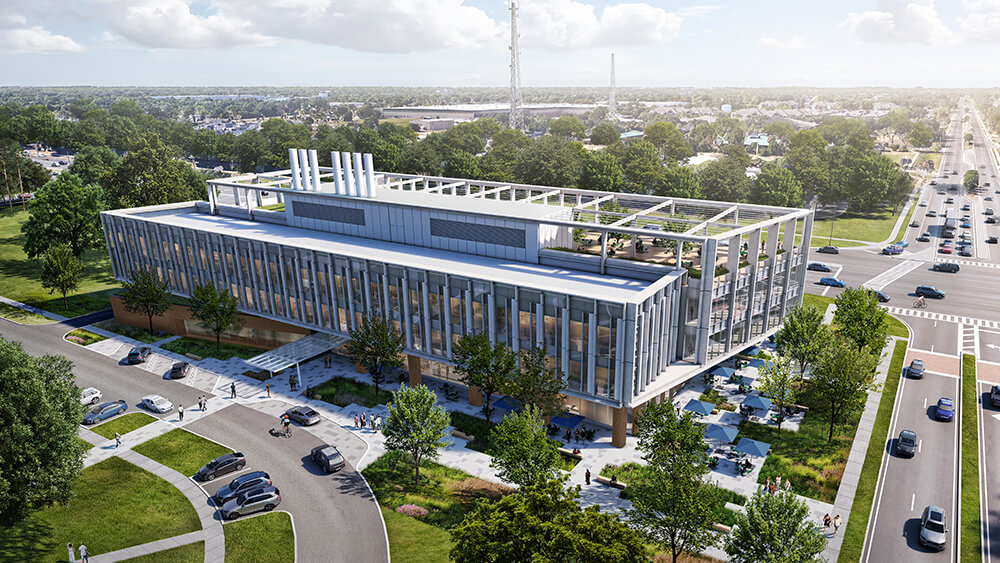 The new building will be located at the northeast corner of Spectrum Boulevard and Fowler Avenue, and will increase the park’s space inventory by 34 percent, from 349,807 square feet to 469,807 square feet.

The USF Research Park buildings – which house startups launched by USF faculty and affiliated entrepreneurs, the famed art research institute GraphicStudio and the Florida Inventors Hall of Fame – has been consistently at full capacity in recent years.

The $42 million project is financed through the USF Financing Corp. with $27 million in debt and $15 million cash equity contribution from the USF Research Foundation. The project had previously received approval by the Florida Board of Governors and the USF Board of Trustees. It has a targeted completion date of fall 2021.

“Over the past decade, we’ve worked strategically to create a thriving culture of innovation for our students, faculty and staff, and to engage the wider community in all that we do,” USF Senior Vice President for Research, Innovation & Knowledge Enterprise Paul Sanberg said. “Our aim is for great ideas and new technologies to move from the lab to the market where they can benefit the most people. Through the USF Research Park, we’ve worked to create a place where big ideas flourish and big things happen.”

Following a competitive process, a design/build team from Skanska and integrated architecture, design, planning and consulting firm Gensler were selected. CBRE, the largest commercial real estate services company in the world, was selected as marketer/broker for the project.

The USF Research Park is at the heart of USF’s innovation enterprise, which a recent report from the Washington Economics Group said sustains more than 4,000 public and private sector and returns more than $71 million in tax revenue to local, state and federal coffers. An estimated 1,992 people are directly employed in jobs created by the USF innovation enterprise, creating a $548 million annual economic impact statewide.