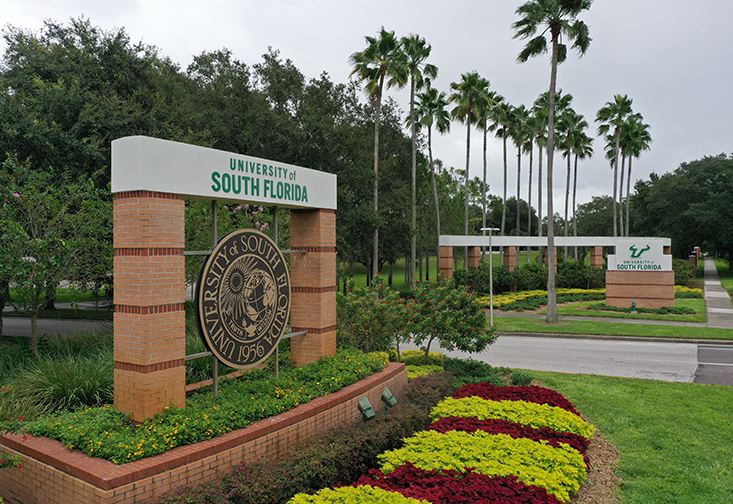 The University of South Florida is a recipient of the 2020 Higher Education Excellence in Diversity (HEED) Award, a national honor recognizing U.S. colleges and universities that demonstrate an outstanding commitment to diversity and inclusion. This marks the second year in a row that USF has earned the HEED award, which is presented by INSIGHT Into Diversity magazine, the oldest and largest diversity-focused publication in higher education.

"The University of South Florida is honored to receive the HEED award in recognition of our deep commitment to diversity and inclusion," USF President Steve Currall said. “Diversity enriches the university experience as a whole, and USF will continue to prioritize investments in programs to support access and opportunity for all.”

USF has well-established initiatives aimed at recruiting and retaining historically underrepresented and first-generation students, including the Guaranteed Admissions Pathway Program that partners with high schools in the Tampa Bay region to increase admissions opportunities for students of underserved populations.

Approximately 43 percent of USF students identify as non-white, with Hispanics representing about 20 percent, Asian Americans at nearly seven percent and Blacks making up close to nine percent. In this year’s freshman class, Black, Hispanic, Asian and international student enrollment have all increased over the previous year. USF is recognized as a national leader in student success and has been honored for graduating underrepresented minority and limited-income students at rates equal to or higher than white and higher income students.

USF recently announced a series of new actions that reinforce its diversity and inclusion efforts, including a commitment of $500,000 to fund nearly two dozen interdisciplinary projects to advance research on topics related to anti-racism. In addition, USF is part of a group of universities nationwide participating in a three-year institutional change initiative to develop more inclusive faculty recruitment, hiring, retention and teaching practices.

The HEED Award process consists of a comprehensive and rigorous application that includes questions relating to the recruitment and retention of students and employees — and best practices for both — continued leadership support for diversity, and other aspects of campus diversity and inclusion.

USF will be featured, along with other recipients, in the November 2020 issue of INSIGHT Into Diversity magazine.