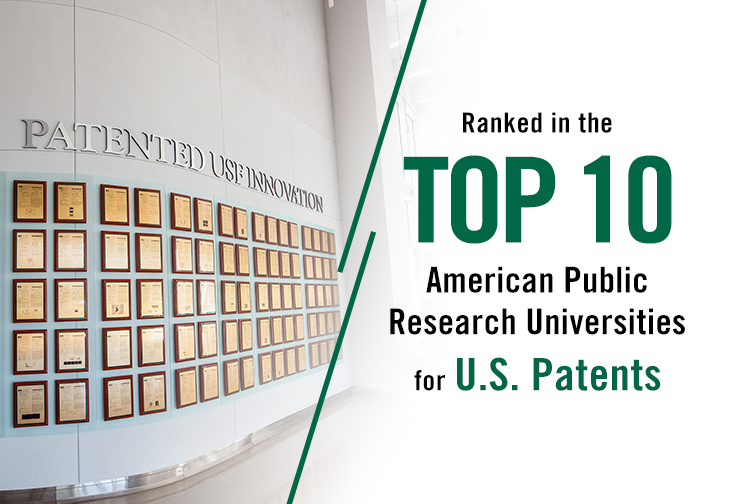 The inventive efforts of University of South Florida researchers continue to place the institution in the top ranks of global universities in producing new U.S. utility patents in 2019, according to a new ranking released today by the National Academy of Inventors and the Intellectual Property Owners Association.

With 108 new U.S. utility patents granted in 2019, USF is eighth among American public research universities and 16th among all universities worldwide in generating new patents. The ranking places USF as a leader among the more than 1,000 academic institutions generating new, novel and useful inventions granted intellectual property protection from the U.S. Patent and Trademark Office.

“As we have observed recently with COVID-19, the research, innovation and creative activity conducted by the University of South Florida brings real-world solutions to society’s most pressing challenges,” USF President Steven Currall said.  “Patent production is an important intellectual and economic indicator of how the United States competes with other countries and USF is firmly positioned as one of our nation’s leading institutions on this performance metric.”

“The Top 100 Worldwide Universities Granted U.S. Utility Patents in 2019” report uses data obtained from the U.S. Patent and Trademark Office (USPTO) and highlights the vital role patents play in university research and innovation. Published annually since 2013, the report ranks the top 100 universities named as the first assignee on utility patents granted by the USPTO in the 2019 calendar year. The full report can be found here.

Combined, the three universities that comprise the Florida High Tech Corridor Council - USF, the University of Florida and the University of Central Florida - secured 267 patents. That is higher than the 185 patents secured by the three institutions of North Carolina’s famed Research Triangle and a telling marker of Florida’s rising standing as a national center of research and innovation. 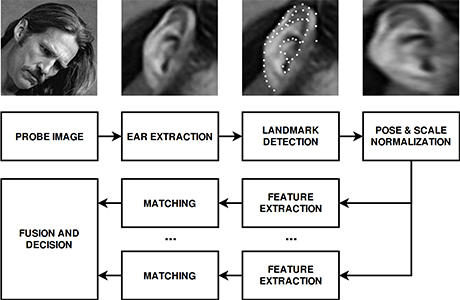 Invented by a USF College of Engineering team led by Professor Sudeep Sarkar, the technology is an alternative to more common biometrics such as fingerprint, face and iris recognition technology. The ear is stable over time, less invasive to capture and does not require as much control during image acquisition as other biometrics, the inventors said. Sarkar was joined on the patent by USF PhD alum Earnest Eugene Hansley and Federal University of Bahia Professor Mauricio Pamplona Segundo of Brazil. 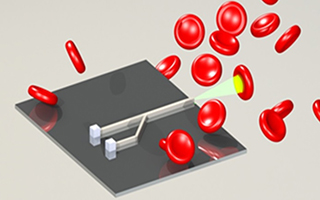 People who suffer from hemophilia and other bleeding disorders, as well as the 2 million patients in the U.S. who take anticoagulant medicines, depend on technology that can measure the speed of blood coagulation to manage their conditions. USF College of Engineering Professor Anna Pyayt invented a three-dimensional, on chip photonic circuit that includes an optical waveguide that measures the refractive index of the blood. During coagulation, the refractive index of plasma increases and can be measured to study the complex coagulation process. The device can be easily packaged and integrated with mobile devices and laptops because no additional microfluidics are required. 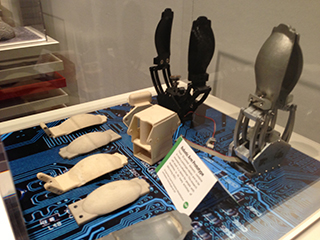 Many existing grippers used in robotics today have limited capabilities in performing certain tasks or grabbing specific objects, or they have been designed to work with one kind of system. A USF mechanical engineering team that specializes in assistive technologies invented a gripper enabled with sensors and a camera for more precision, and with a cupped design that more closely mimics a human hand dexterity to allow for more accurate grasping. The gripper can be used with other computerized systems, including mobile devices. The inventors are Redwan Alqasemi, research professor of mechanical engineering, and lead researcher at USF’s Center for Assistive, Rehabilitation & Robotics Technologies; USF Department of Mechanical Engineering Chair Rajiv Dubey; engineering doctoral student Lei Wu; and USF engineering alums Paul Mitzlaff, Andoni Aquirrezabal and Karl Rothe. 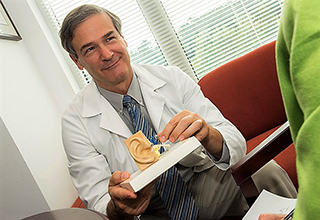 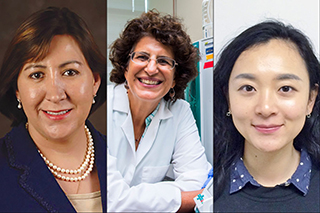 When either fresh or saltwater fish are caught, they are often placed in a container to keep them alive to ensure freshness later. In such a confined space, ammonia buildup due to fish waste are two major concerns and high concentrations of ammonia can be lethal. A USF engineering research team has developed a new method to effectively control ammonia levels while preserving live fish or bait using a functionalized tectosilicate compound chabazite. This microporous mineral can absorb high amounts of ammonia while helping keep the fish alive. The inventors are USF Professors Norma Alcantar and Sarina Ergas, and Wen Zhao, who earned her doctorate from the USF College of Engineering.