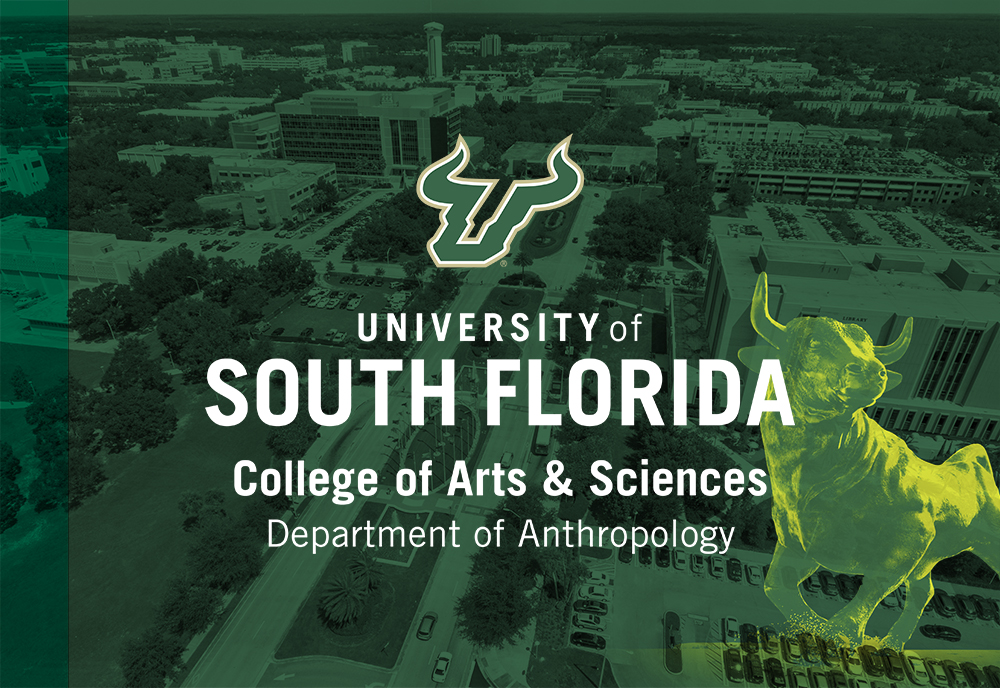 University of South Florida anthropologists are taking a critical look at the past in an effort to build and strengthen future relationships with Indigenous communities in Florida and across the country.

Efforts to more closely collaborate with Native American communities are certainly not new in the Department of Anthropology. For years, faculty members have worked on numerous research projects tied to Native American cultural sites and artifacts. This latest push, however, looks to renew that focus and develop wider-reaching initiatives that not only strengthen anthropological research at USF, but also provide positive outcomes for tribal communities and their members. 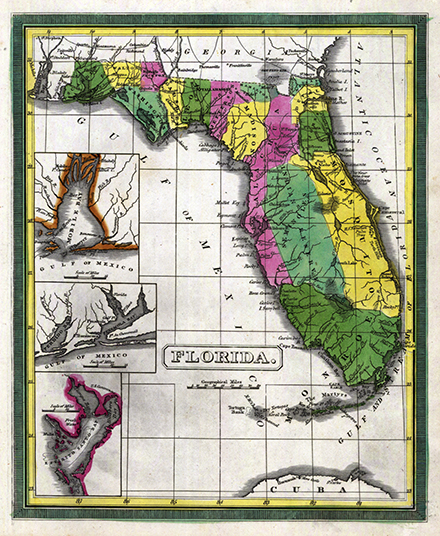 An 1830s map of Florida showing a large area of central Florida, including parts of the Tampa Bay region, as being Native American reservation land. Credit: USF Libraries

In November, the Department of Anthropology’s Diversity and Inclusion Committee began this push with a “Land Acknowledgement Statement,” formally recognizing the land on which the USF Tampa campus sits as the historical home of the Seminoles, as well as other groups including the Calusa and Tocobaga. The statement came shortly after a similar announcement from the USF St. Petersburg campus.

The acknowledgment, according to department Chair Antoinette Jackson, was developed by the committee in conversation with the Seminole Tribe of Florida.

“We’re extremely proud of the impact this statement has had and the response we’ve received from the community,” said Jackson, who is also a professor of anthropology. “By acknowledging Indigenous communities in this way, we hope to begin to repair some of the damage done by generations of colonization and work toward more equitable outcomes for Native Americans.

Jackson says that while the statement is a good start, they hope to continue the dialogue to develop further tangible outcomes within the department and at USF.

One such initiative has been the department’s work in completing its inventory of Native American human remains and associated funerary objects under the Native American Graves Protection and Repatriation Act (NAGPRA). While the university has always worked to comply with NAGPRA, Professor Thomas Pluckhahn, the faculty member leading this effort, says the department’s focus on these issues has led to even further work. In just the last year, the department has sent letters to more than 150 tribes notifying them of remains and/or sacred objects in the department’s possession.

“This is really about civil rights and having respect for these communities and their cultural artifacts,” Pluckhahn said. “We really want to work with the tribes and defer to what their wishes are in how to handle these remains and objects moving forward.”

These efforts, along with many more, are the product of an intentional focus by the Department of Anthropology’s Diversity and Inclusion Committee.

Formed in 2014, the committee has continued to explore ways to formalize and systematize efforts aimed at promoting diversity and inclusion within the department. Since its inception, the group has developed various partnership and pipeline programs, worked to bolster its diverse educational offerings and has expanded fellowship opportunities for minority students. In 2019, the committee was recognized as a campus leader for its efforts by USF’s Office of Diversity, Inclusion, and Equal Opportunity.

“Anthropology is very much about understanding global diversity. Our department strongly emphasizes applied research addressing issues of inequity and social justice from a number of different perspectives,” said Sarah Taylor, an instructor of anthropology and chair of the Diversity and Inclusion Committee. “Many of our faculty are engaged in research with outcomes that directly impact communities through programs, policy evaluation and recommended interventions. The Diversity and Inclusion Committee coordinates public outreach within the university and the community, builds partnerships for recruiting and retaining historically under-represented groups, encourages the development of decolonized and anti-Black racist pedagogies, and promotes opportunities for faculty and students to develop as leaders in diversity and inclusion through critical self-reflection.”

While the last year has created many challenges for the department’s educational, research and diversity and inclusion efforts, the surge in social movements during this time, due in large part to the deaths of George Floyd and Breonna Taylor at the hands of police, galvanized the committee and department to continue their efforts.

In mid-2020, faculty drafted a “Statement on Police Violence and Anti-Black Racism.” The statement was a way for the department to stand in solidarity with protestors and reaffirm its commitment to its diversity and inclusion goals. And while the statement was well-received by the community, department leaders wanted to find opportunities to expand their reach and express their commitment to other minority groups. It is that idea that led to the creation of the “Land Acknowledgment Statement” and continues to help the department find ways to build deeper, more meaningful connections with these groups.

To learn more about the Department of Anthropology’s Diversity and Inclusion efforts, visit its website.

Associated Press: Nearly half of new U.S. virus infections are in just 5 states