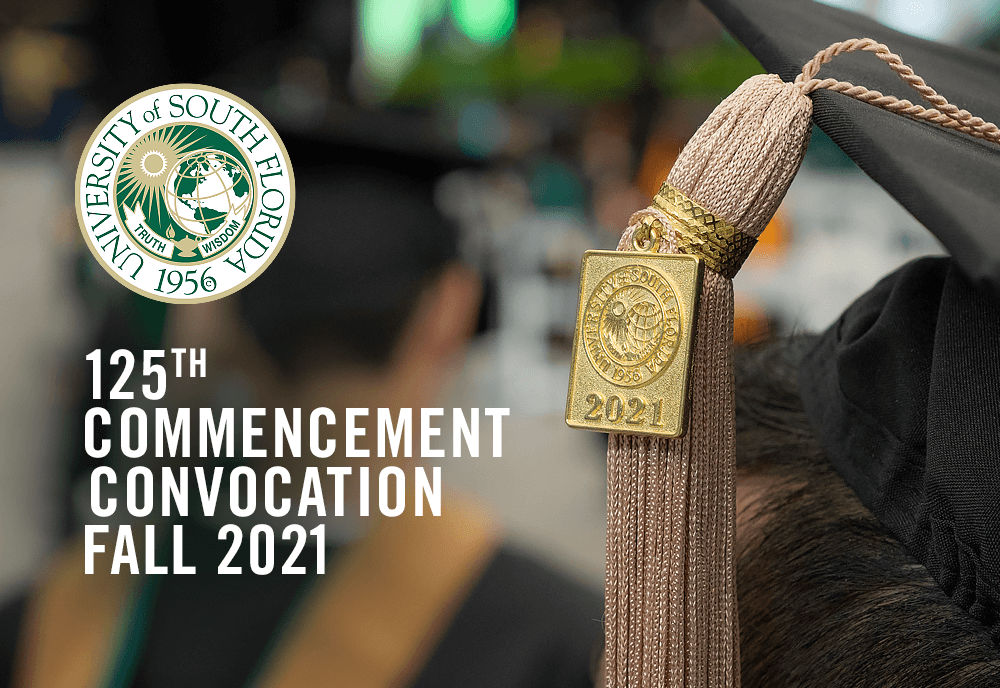 The University of South Florida awarded more than 4,500 degrees during fall commencement on Dec. 10-11. The ceremonies included recipients of approximately 3,433 undergraduate, 1,099 master’s and 181 doctoral degrees.

Leda Alvim is a familiar face on campus. The mass communications major has worked for the USF Tampa campus student newspaper, The Oracle, since her freshman year and has had a front row seat to countless university moments. And while Alvim has flourished as a student and storyteller, it hasn’t always been easy. Born with achondroplasia, a type of dwarfism characterized by short stature, Alvim moved to the U.S. from Brazil at 16 in pursuit of higher education. Two years later, she enrolled at USF and soon began working at The Oracle. While her height brought various challenges, she says she found strength in the stories she told and the impact she could make through them. After graduation, Alvim will take on her next challenge – an internship with ABC News in New York City. 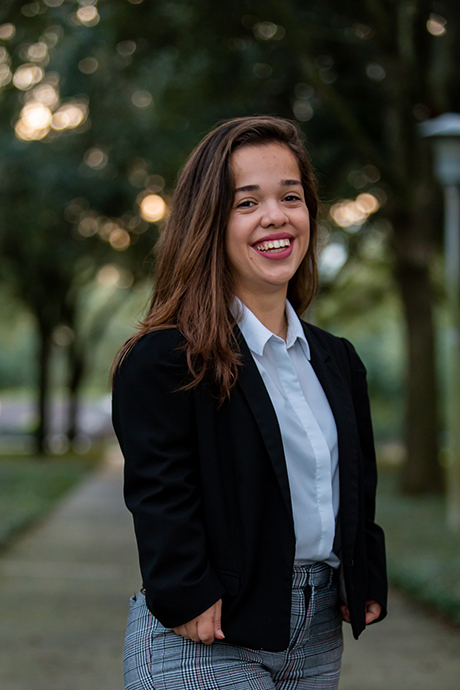 Born and raised in Trinidad & Tobago, Ché Davis never envisioned himself pursuing an undergraduate education. After finishing high school, the longtime photography hobbyist planned to go to film school and eventually end up in the entertainment industry. But after his sister began her bachelor’s program at USF, Davis decided to join her and enrolled as an international student. It was the best decision he says he’s ever made. Davis ended up in the Zimmerman School of Advertising and Mass Communications, where his love for creative content design flourished, as did a new passion: advertising. Davis credits the Zimmerman School with opening his eyes to all the professional paths he could pursue. While working toward his bachelor’s degree, Davis continued to take on freelance clients, got involved in Student Government, held several positions across the university, and eventually became the agency director for the student-run SAGO communications agency. All of these experiences helped shape his professional aspirations. After graduation, Davis plans to return to Tobago and use all the industry knowledge and resources he gained to help his mother launch her new bakery/café. He is, of course, leading the advertising and branding efforts. In the future, he hopes to pursue a master’s degree in advertising and one day open his own agency. 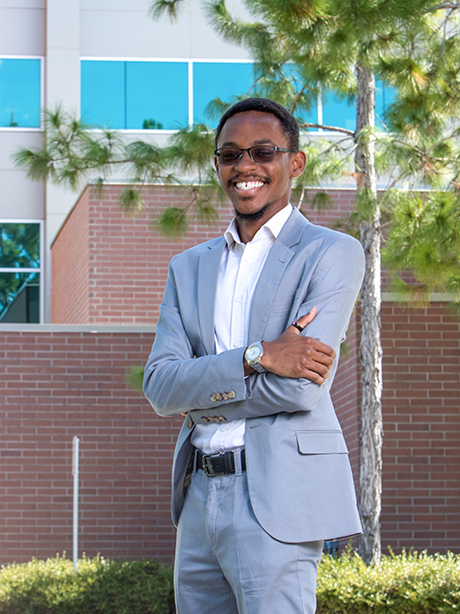 Yasmeen Armoush has always had a strong connection to her Colombian heritage. Born and raised in Tampa, her mother is originally from Barranquilla, Colombia, and has always tried to instill a sense of pride in where their family came from. It’s an identity that Armoush has celebrated; so much so that she was recently named Tampa Bay’s Carnaval Queen representing Barranquilla for 2022. Since the announcement, Armoush has worked to promote Colombian folklore and diversity both on and off campus. As a USF senior, she participated in USF’s Latin Fest, performing cultural dances, and educating fellow Bulls on Colombian history. She has also met with USF President Rhea Law to discuss her outreach and education efforts and was a guest at the City of Tampa’s Hispanic Heritage event. And while she’s enjoyed the opportunities it has presented, she says that to her the title is a daily reminder of her connection to Colombia. Armoush is graduating with a bachelor’s degree in psychology and plans to pursue a master’s degree in the future. 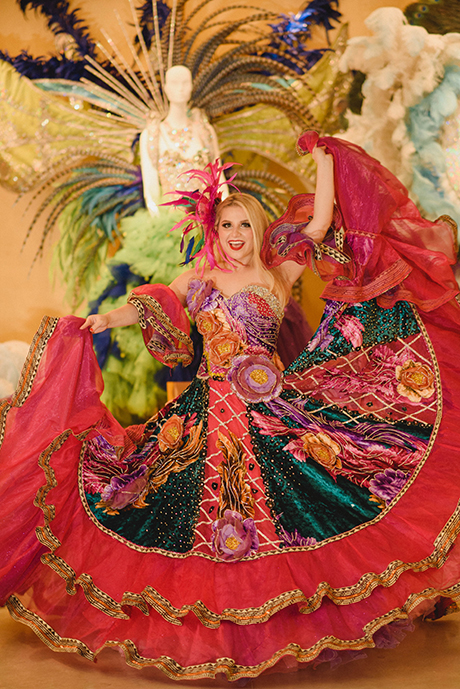 Gabrielle “Gabby” DeVita has excelled in academics since childhood, but the aspiring physician says it was a childhood tragedy that made her think about a career in medicine. DeVita was 8 years old when her mother passed away from cancer. Though a youngster, DeVita stepped in to help her father, an endodontist, care for her younger sister and her older brother who has down syndrome. Those early experiences brought out her caring side while also prompting questions about the origin and treatment of illnesses. Combined with a determination to push herself academically, DeVita went on to excel in school – a practice that continued at USF where she studied biology at the USF Sarasota-Manatee campus. DeVita will graduate with a 4.0 GPA, having achieved perfect scores throughout her entire college career. She said she hopes to pursue a medical degree through USF Health. 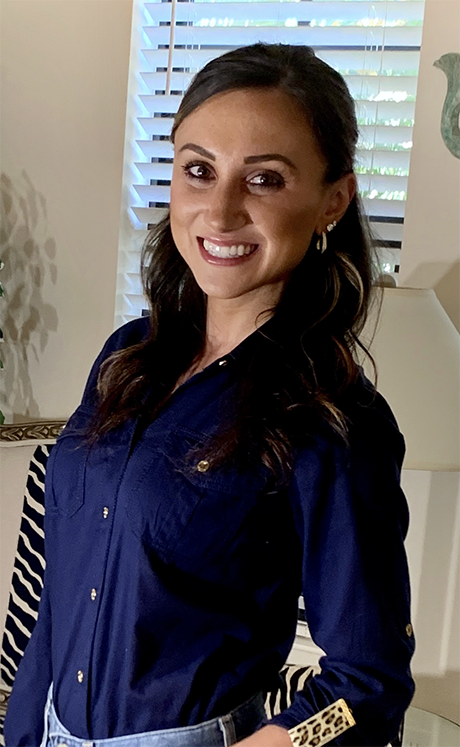 When he was just 5 years old, Daniel Sun fell in love with the game of tennis. So much so, in fact, that he decided to dedicate much of his life to it. At 13, his family moved to Florida so he could pursue tennis fulltime. By 18, after one semester at USF, Sun decided to put his education on hold and began focusing on tennis exclusively in pursuit of a professional career. Unfortunately, a back injury would mean the end of his playing days but the beginning of a new journey. Sun found himself drawn back to USF, this time in pursuit of a degree in public health. Now in his 20s and back in college, he found himself filled with doubt and uncertainty about his ability to keep up with his peers. He credits the support and guidance from USF professors, family and friends for helping him overcome those anxieties and flourish in his program. While working toward his degree, Sun also conducted research at the James A. Haley Veterans’ Hospital and volunteered at Moffitt Cancer Center and the USF Learning Academy. After graduation, he plans to continue his education in medical school with the hopes of one day becoming a physician. 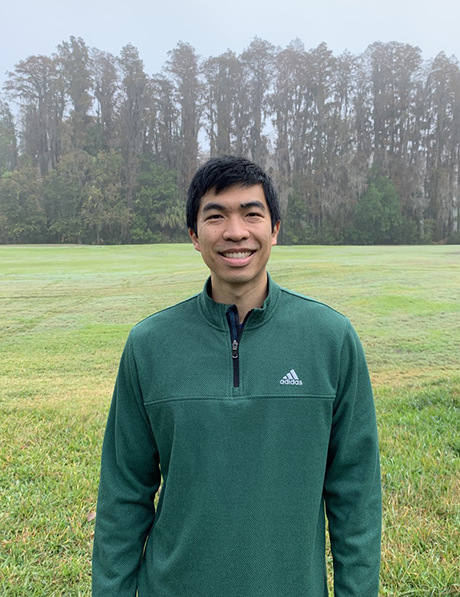 9 a.m. – Bachelor’s degree recipients from the College of Engineering and the following departments of the College of Arts and Sciences: Cell Biology, Microbiology and Molecular Biology; Chemistry; School of Geosciences; Integrative Biology; Mathematics and Statistics; Physics and Psychology (approximately 810 graduates expected).