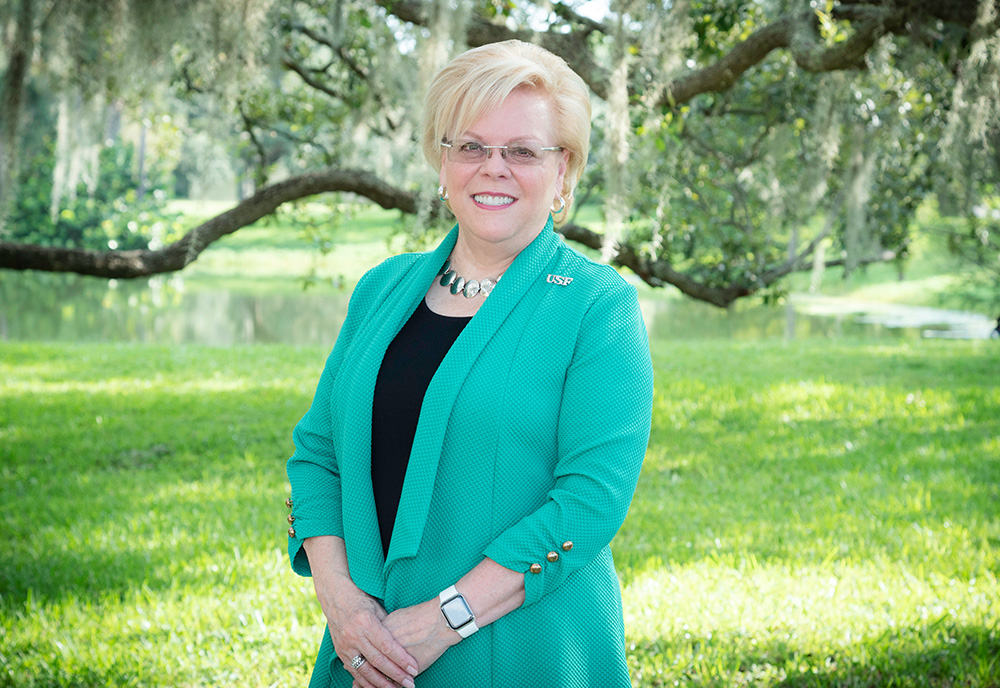 The Florida Board of Governors today confirmed Rhea Law as the University of South Florida’s interim president during the board’s meeting held at Florida International University.

The USF Board of Trustees (BOT) unanimously appointed Law to the position on Aug. 2. She is a USF alumna and former chair of the BOT with deep ties to the university and Tampa Bay region.

“Rhea brings a wealth of experience to USF, both academically and in ties to the USF community,” said Syd Kitson, chair of the Board of Governors, which oversees the State University System of Florida. “As a former chair of the USF Board of Trustees, Rhea has an intimate knowledge of the university that will make her a strong and effective leader and advocate for the university.”

Law is one of the founding members of the USF Board of Trustees, where she spent five years as vice chair and four years as the first and only female chair, contributing significantly to USF’s growth and evolution as a Research 1 public university. She served on the Presidential Search Advisory Committee for USF’s last two presidential searches.

Law is the former chief executive officer and chair of the board of Fowler White Boggs, a Florida law firm. She led the merger of Fowler with a national firm, Buchanan Ingersoll & Rooney, in 2014. Law has served on and chaired numerous boards throughout the years and has extensive connections across Tampa Bay.

“I thank the Florida Board of Governors for confirming my appointment as USF’s interim president,” Law said. “I’m honored to serve my alma mater by enabling USF to continue its momentum and create a solid foundation for our next president to build upon.”

Since she began her term as interim president, Law has engaged in numerous activities to help drive the university forward, including meeting with members of the USF community and other university stakeholders, and presiding over the summer 2021 commencement ceremonies.

Law will not apply for the permanent president position.

Board of Governors, MyUSF, Rhea Law