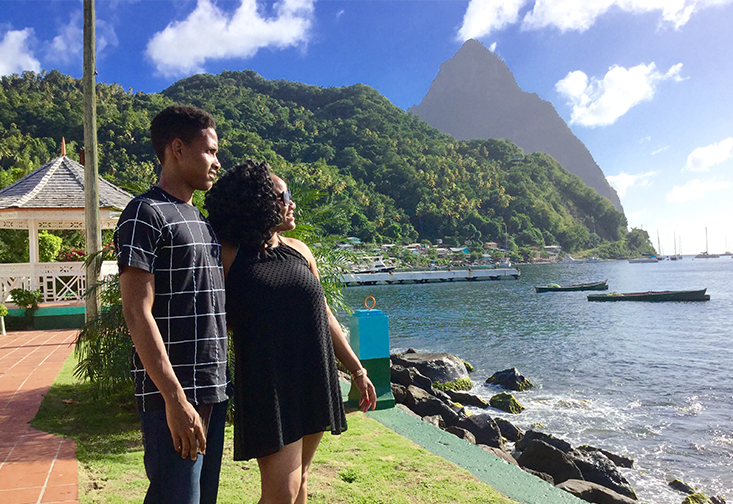 Patriann Smith is photographed with her younger brother, David Smith, during a family visit to Soufriere.

Patriann Smith, assistant professor of literacy studies in the USF College of Education, has been awarded a three-year, $3.6 million grant from the United States Agency for International Development (USAID). The grant is in partnership with the University of the West Indies Cave Hill in Barbados to establish an interdisciplinary educational research center to help support decision making and policy development for educational innovation and expansion in Barbados and the Eastern Caribbean. The grant will also establish a repository for educational research produced in and about the Caribbean. Smith, a native of St. Lucia, will work with a team at the University of the West Indies to conduct research that highlights significant educational issues on the islands, such as challenges with literacy and numeracy teaching methods, and make those insights accessible to researchers across the world. 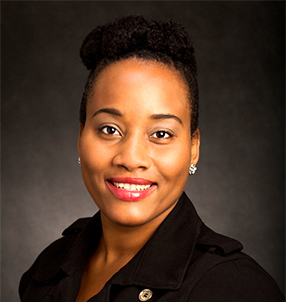 Smith says research in the Caribbean is generally difficult to locate as the findings are often not submitted to online repositories that are easily accessible in and beyond the Caribbean. In addition to building a database of educational research for USAID, she and her colleagues will share with scientists in the Caribbean how they can better leverage their expertise through publishing in top-tier journals, by participating in high-profile lecture series and other mechanisms that further enhance the research profile of Caribbean scholars. This will allow future research to build upon what’s already known and advance efforts to improve educational outcomes in the Caribbean. They’ll also be looking at how Eurocentric curriculum has hampered educational growth.

“Working in partnership with Caribbean scholars to implement and design decolonizing research methods and pedagogies in literacy, math, science and other areas of the curriculum will allow USF to extend anti-racism efforts internationally by supporting humanizing efforts for Black communities int he Caribbean,” Smith said.

“Today’s young people are the leaders of tomorrow. Empowering them with tools to succeed impacts our region. What affects one will affect us all, and as neighbors, the American and Caribbean people share similar interests. We are neighbors, we are partners, we are friends,” said Clinton White, USAID Eastern and Southern Caribbean regional representative.

The Caribbean initiative will help inform policy and planning for ministries of education and other stakeholders in education. It will also enhance USF’s commitment to strengthening its international research partnerships and allow for a global exchange of information. By identifying and addressing educational challenges in the Caribbean for predominantly Black student populations, researchers can better assist in efforts to address opportunity gaps in primarily Black communities in the United States and around the world.

Smith moved to the United States in 2009, earning her master’s and doctoral degrees from USF. Prior to that, she was a K-12 teacher in St. Lucia, Trinidad and Tobago. Smith has coordinated and supported partnerships between universities and K-12 schools in Illinois and Texas and brings her prior experience and expertise to the current initiative. She and her colleagues at USF, through the David C. Anchin Center and the Institute for the Study of Latin America and the Caribbean, will spend the next three summers conducting research in partnership with faculty in the Caribbean and will teach courses to research fellows at the University of West Indies Cave Hill. They’ll also be collaborating with Historically Black College and Universities (HBCUs), such as Spelman University in Atlanta, Tennessee State University in Nashville and the University of the Virgin Islands in St. Thomas, to help ensure they identify additional issues that may affect the teaching of certain curriculums.

The grant will initially target 10 Caribbean island countries, seven of which are independent: Antigua, Barbuda, Barbados, Dominica, Grenada, St. Kitts, Nevis, St. Lucia, St. Vincent and the Grenadines. The remaining three countries are the U.S. Virgin Islands, Montserrat and Anguilla. Smith and her team plan to eventually extend their efforts to the wider Caribbean.