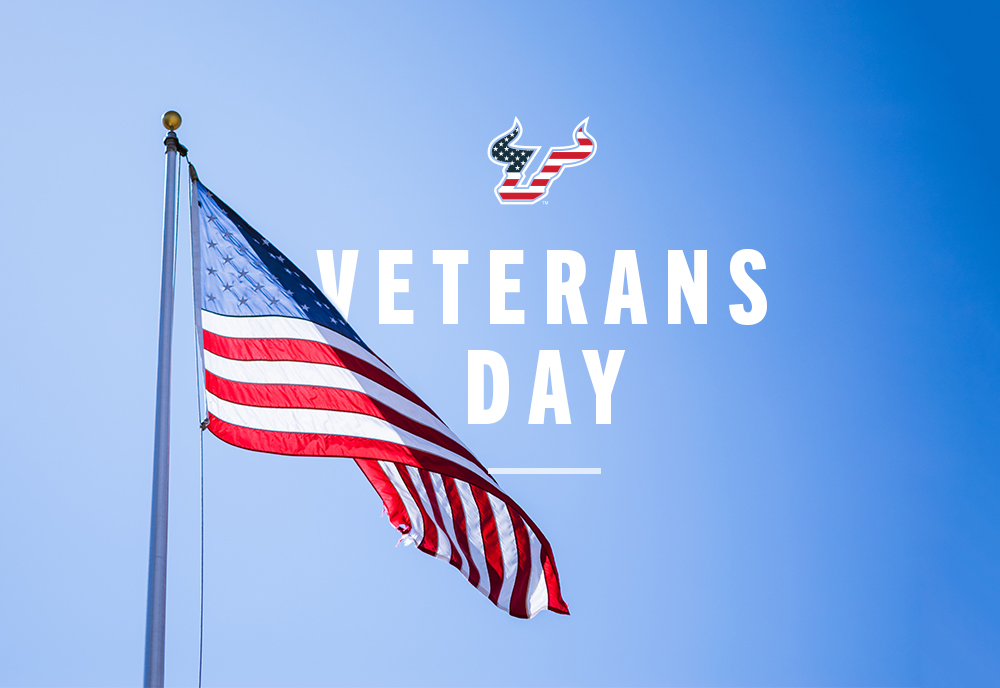 The University of South Florida proudly supports the men and women of the military and has been recognized as one of the top institutions in the nation for veteran and military-affiliated students.

USF serves more than 2,000 veterans, eligible dependents, active duty service members and members of the Selected Reserve. It’s situated in the heart of a region that is home to 12,000 military and 1,300 civilian personnel assigned to nearby MacDill Air Force Base, along with tens of thousands of military retirees.

In September, USF announced receipt of a $427,469 grant from the U.S. Department of Education to enhance the services and support its Office of Veteran Success (OVS) provides for more than 7,400 veterans, active-duty military and their dependents.

The Center of Excellence for Veteran Student Service grant will expand the capacity of OVS, building on existing services and expanding support on the St. Petersburg, Sarasota-Manatee and Tampa campuses. OVS provides admissions assistance, scholarships, career counseling, employment assistance, VA benefits and health services guidance, and social space for interactions among students and with staff.

Also this fall, Wayne Taylor, interim director of veteran services and coordinator of the Military Families and Veterans Success Center on the USF St. Petersburg campus, launched an initiative to provide “safe space” meetings at USF St. Petersburg for veterans who served in Afghanistan. The meetings provide opportunities for them to openly discuss their emotions surrounding the recent U.S. troop withdrawal. They are also open to Afghan students from all three campuses.

In observance of Veterans Day on Thursday, Nov. 11, USF will salute veterans and military personnel during events planned across its campuses over the next two weeks:

Wednesday, Nov. 10: The USF Sarasota-Manatee campus will celebrate Veterans Day and host a cake-cutting ceremony to mark the United States Marine Corps’ 246th birthday at noon in the main rotunda. The event is open to the public.

Thursday, Nov. 11: Student-veterans will participate in the Sarasota Veterans Day parade, which begins at 10 a.m., followed by a ceremony at Chaplain J.D. Hamel Park. Veterans wishing to walk in the parade should meet at 9:30 a.m. at the intersection of Main Street and Osprey Avenue in Sarasota.

Tuesday, Nov. 16: USF and CareerSource Suncoast will host Paychecks for Patriots, a career fair for veterans, military service members and spouses and USF students, from 10:30 a.m. to 1:30 p.m. on the USF Sarasota-Manatee campus. The event also is open to non-veterans and the general public. Register here.