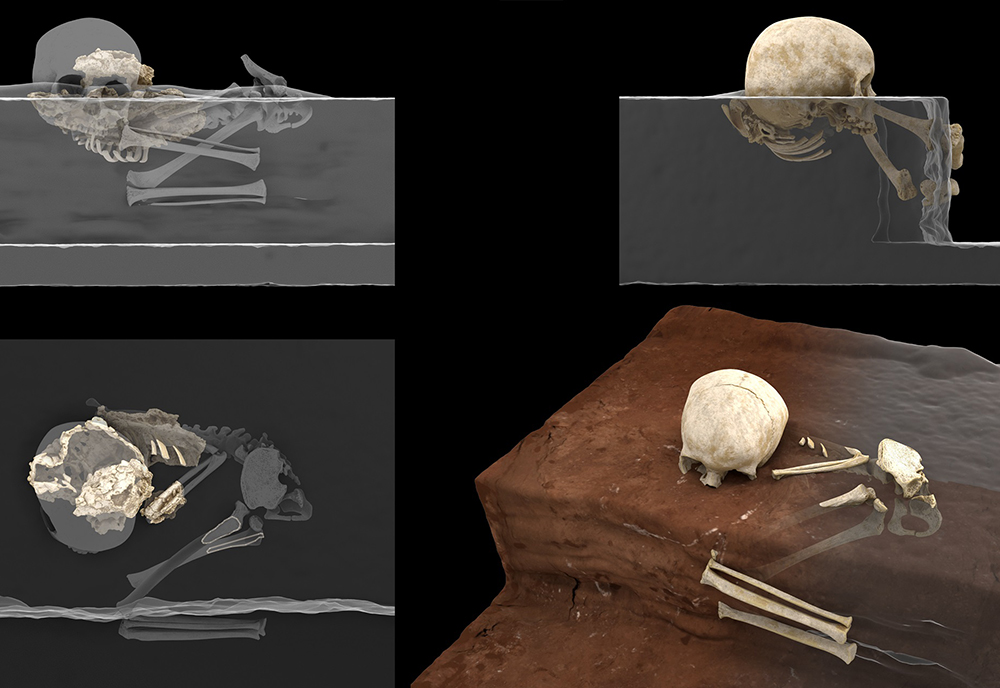 An international team of scientists has uncovered the earliest modern human burial in Africa – changing what we know about social behaviors in Homo sapiens ­– and a researcher at the University of South Florida (USF) has helped use 3D and advanced imaging technologies to bring the 78,000-year-old remains of a child back to life.

The cover of the May 6 issue of “Nature” features one of the 3D renderings created by Jorge González García, 3D applications engineer at the USF Libraries’ Digital Heritage and Humanities Collections, and a colleague from Spain. The skeletal remains are those of a young child found at Panga ya Saidi, a cave site on the Kenyan coast, revealing how Middle Stone Age populations interacted with the dead. 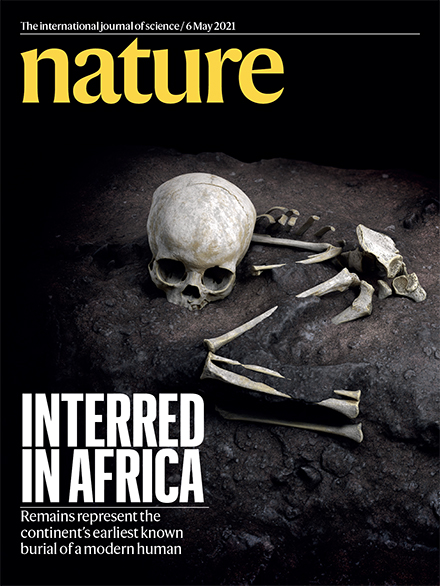 The study is co-led by the National Research Center on Human Evolution, the Max Planck Institute for the Science of Human History and the National Museums of Kenya. USF is the only university in the U.S. to be part of the transdisciplinary team, working collaboratively with researchers from institutions in Madrid and Burgos, Spain, to conduct 3D imaging from micro-3D Computed Tomography and surface 3D scanning.

Bone fragments were first discovered at the site in 2013, but it was not until excavations in 2017 that the cavity in which the body was found was completely exposed. Following anatomical and taxonomic analysis, researchers confirmed that the skeletal remains belonged to a 2.5 to 3-year-old human boy.

González worked with Elena Santos, nuclear imaging specialist at Complutense University of Madrid, who conducted 3D imaging on the remains, providing data and assisting with positioning analysis that go into the 3D development that permits the creation of visual renders and reconstructions. The reconstructions were integral to the interpretation and visualization of millennia-long taphonomy, the process in which an organism decomposes and fossilizes.

The digital technologies prompted investigators to determine that the child nicknamed “Mtoto,” which means “child” in Swahili, was lying on his right side with his knees drawn toward his chest. The study’s authors say Mtoto’s head was positioned in a way that suggests a perishable support may have been present, such as a pillow, indicating that the community may have participated in some form of funeral ritual. Microscopic analysis of the bones and surrounding soil also confirmed that after being deposited in the cavity, the body was rapidly covered after burial and that decomposition took place in the pit, indicating Mtoto was intentionally buried shortly after death.

"It was exciting to have a moment of discovery when you see this burial in 3D and are able to bring the person back through time, so to speak,” González said. “and to be part of such an extraordinary international team using multiple fields of science was amazing.” 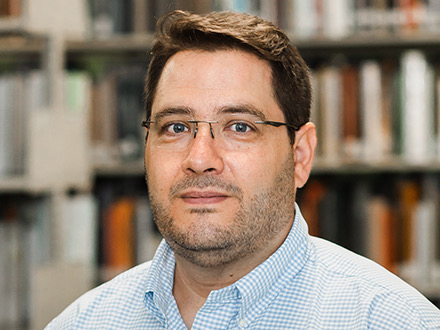 “Jorge’s work has been crucial in the understanding and visualization of the child’s position in the burial,” said María Martinón-Torres, lead author and director of the National Research Center on Human Evolution. “His contribution is of special value not only for the scientific community but also to share the significance of this discovery with a wider general public.”

Although the discovery of Panga ya Saidi represents the oldest evidence of intentional burial in Africa, burial evidence for Neanderthals and modern humans in Eurasia is older – dating back 120,000 years – and includes adults and a significant number of children and adolescents. The reason for the lack of burials with equivalent chronologies in Africa remains a mystery and could reflect differences in mortuary practices between continents or the need for more exhaustive field work in some regions of the African continent.

González is an expert member of CIPA Heritage Documentation, with the parent institutions of the International Council of Monuments and Sites and the International Society for Photogrammetry and Remote Sensing. He has worked on numerous cultural heritage and museum projects locally, nationally and internationally with the USF Libraries’ Digital Heritage and Humanities Collections. 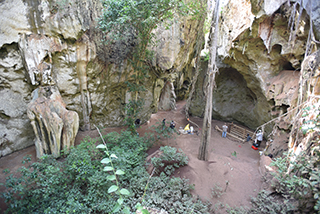 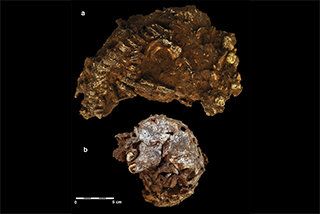 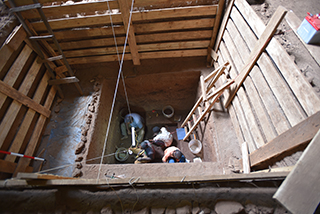