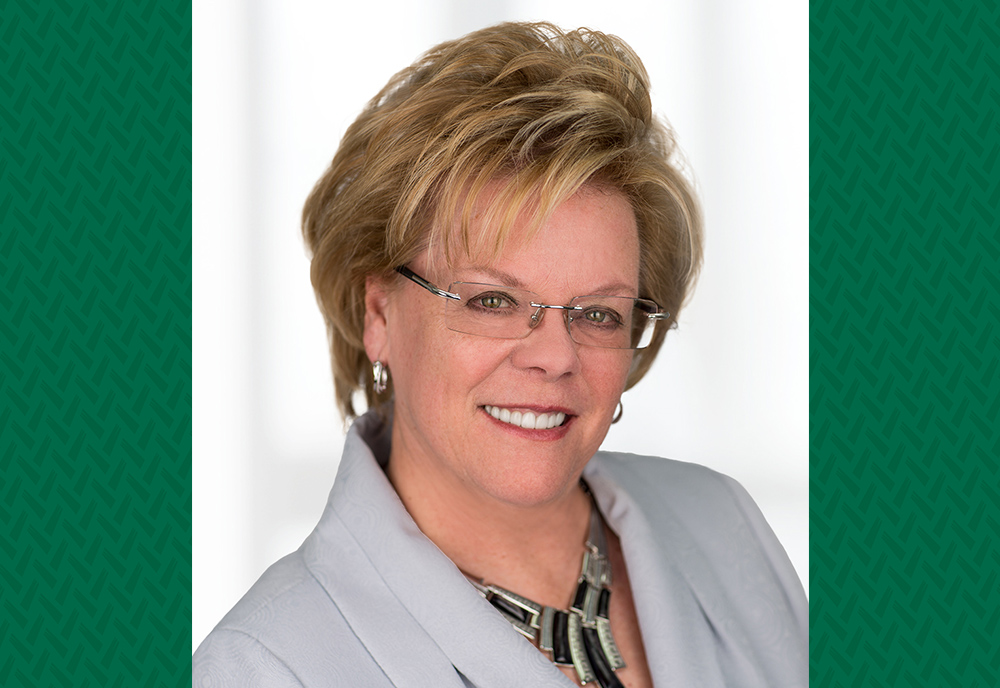 University of South Florida Board of Trustees (BOT) Chair Will Weatherford today announced his recommendation of Rhea Law to serve as USF interim president.  Law is a former BOT chair and USF alumna.

“USF is always moving forward. That is why I am recommending an interim president who can inspire confidence while listening to and advocating for our students, faculty, staff and community; who has the leadership skills to help us pragmatically move forward on key issues; who respects the critical role of our faculty; who understands and can help advance our strong research enterprise and clinical expertise, and who has the relationships across our region and our state to garner even more support for USF,” Weatherford said in a message to the USF community. “Rhea’s deep ties within our community and her stellar leadership abilities will help us continue our momentum while we find the next great leader for our university.”

Law has deep ties within the USF community. She earned an undergraduate degree in management from USF, putting herself through school while working as the university research project administrator for the Office of Sponsored Research. She then earned her terminal degree in law at Stetson University College of Law, where she later served as Chair of their Board of Overseers, helping to select both a dean of the College of Law and president of the university. She is one of the founding members of the USF Board of Trustees, where she spent five years as vice chair and four years as the first (and only) female chair, contributing significantly to USF’s growth and evolution as a Research 1 public university. She served on the Presidential Search Advisory Committee for USF’s last two presidential searches.

Law is the former chief executive officer and chair of the board of Fowler White Boggs, a Florida law firm. She led the merger of Fowler with a national firm, Buchanan Ingersoll & Rooney, in 2014. She was a founding member of the Board of Directors of the USF Law Alumni Society, served as a member of the USF Research Foundation Board and was named a 2018 Distinguished Alumna by the USF Alumni Association. She also chaired the Board of Directors for the Health Professions Conferencing Corporation with the USF Center for Advanced Medical Learning and Simulation (CAMLS). In 2018 she was inducted as an honorary member of the USF Chapter of the National Academy of Inventors in recognition of her support of research and innovation at USF. In 2013, she was granted an Honorary Doctor of Medicine Degree from the USF Morsani College of Medicine. She formerly served on the Board of Directors for the Tampa Bay Technology Forum and the H. Lee Moffitt Cancer Center and Research Institute Board of Directors and currently serves on Moffitt’s National Advisory Board.

She has extensive connections across our community and our region. She was the first honorary commander of the 6th Air Mobility Wing at MacDill Air Force Base and thereafter served as the chair of the inaugural MacDill Support Council, where she continues to serve as a member. She is a member and a past chair of the Florida Council of 100, where she currently serves on the Executive Committee and chairs the Economic Competitiveness Committee. She has also chaired the Tampa Bay Chamber of Commerce and Tampa Bay Economic Development Council, and she twice chaired the Tampa Bay Partnership, which during her tenure represented an eight-county span across Tampa Bay. She has also served as a member of the Hillsborough County Business Advisory Group and the Pasco County Business Advisory Group - among many other leadership positions within our community.

“I am humbled by Chair Weatherford’s recommendation.  I care deeply about the University of South Florida and can credit much of my own personal and professional success to the impact USF has had on my life.  I am honored to help play a part in USF’s next chapter and thank President Currall for his leadership during the past two years,” said Law, who said she will not apply for the permanent president position.

Board of Trustees, Rhea Law