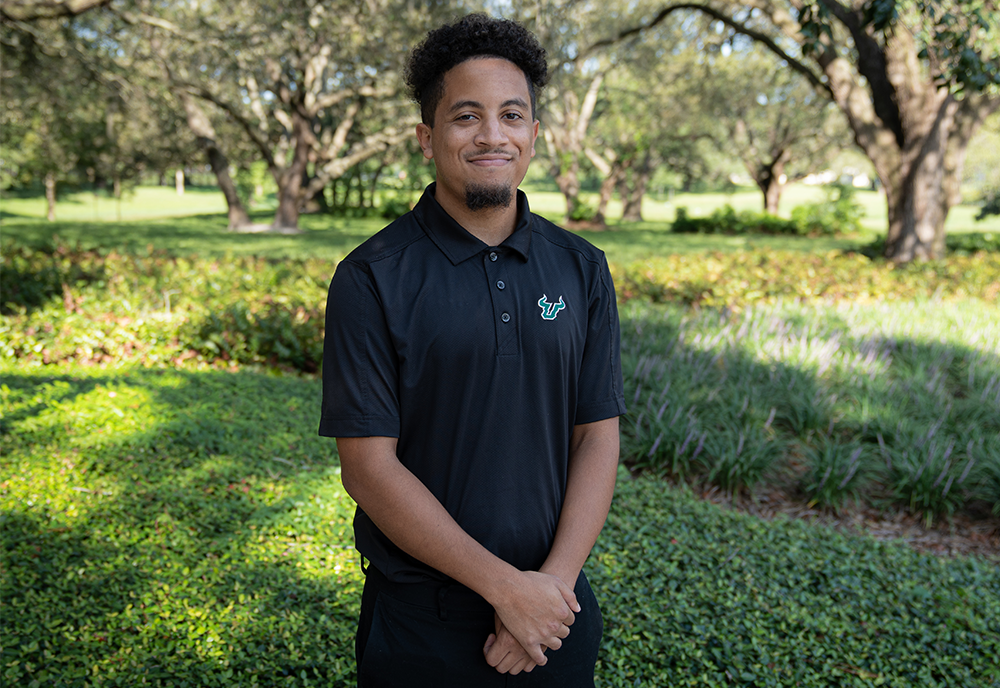 University of South Florida aging studies student and U.S. Air Force veteran Rio Tate is being awarded a 2022 Tillman Scholarship through the Pat Tillman Foundation. Tate is among a prestigious group of 60 U.S. service members, veterans and military spouses to earn this recognition. He is the only student from a Florida public university in this year’s class.

“I’m just filled with gratitude and happiness with being named a 2022 Tillman Scholar,” said Tate, a first-generation college student.  “I’ve always had the Tillman Foundation in mind because I really think that they prioritize service, which is something I’m extremely passionate about in addition to research.”

As a high school student, Tate was interested in cognitive research and knew he would need to earn a doctoral degree to achieve his goal. He completed his first associate degree, but lacked the financial resources to go any further. That’s when Tate turned to the Air Force, which helped pay for his second associate and bachelor’s degrees while he was on active duty at Cannon Air Force Base in New Mexico.

In 2019, around the time Tate completed his bachelor’s, he was deployed to Iraq in Operation Inherent Resolve. “During my downtime, I searched for doctoral programs that would be a great fit for the type of research I wanted to do,” he said. Tate applied and was admitted into USF’s aging studies program and began working toward his doctoral degree, even before he was discharged in 2020 after serving four years.

Tate plans to be a part of an organization that seeks to reduce the prevalence of dementia that will bridge health disparities, such as the federal government, academia, or industry when he graduates.

“The university is so grateful to the Tillman Foundation for supporting the academic goals of hardworking, driven and passionate student veterans, like Rio, so they can obtain an education that allows them to make additional contributions to our nation,” said Wayne Taylor, director of the USF Office of Veteran Success.

Founded in 2008, the Pat Tillman Foundation has invested more than $24 million in scholarships and named more than 800 Tillman Scholars at nearly 150 academic institutions nationwide, who are selected based on their service, leadership and potential.

Since the first class of Tillman Scholars in 2009, 21 USF students have received the award.

College of Behavioral and Community Sciences, Office of Veteran Success