We are currently developing a database of faculty research related to race, racism, discrimination, and anti-racism. If you would like your work to be highlighted, please submit this information to us.

Institute for the Study of Latin America and the Caribbean

The Ballad of Robert Charles: Searching for the New Orleans Riot of 1900 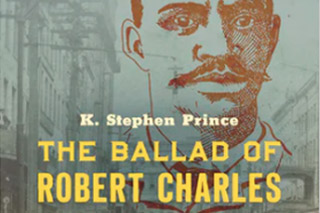 Written by Dr. Steve Prince, associate professor of history at USF, The Ballad of Robert Charles: Searching for the New Orleans Riot of 1900 narrates an extraordinary moment of racial violence in the Jim Crow South. Prince’s book reflects on silences, forgetting and the limitations of historical inquiry and is the first book on the 1900 New Orleans riot to be published in more than four decades.

Steve Prince is a historian of the nineteenth and twentieth century United States, with an emphasis on the culture, society and politics of the U.S. South. He offers undergraduate courses on the antebellum South, the South since the Civil War, the Gilded Age and Progressive Era, and Race in U.S. History. He also offers graduate seminars on the South, African-American history, historical memory, and U.S. history from the Civil War to the 1920s.

Learn more about the book.

The Little Book of Police Youth Dialogue: A Restorative Path Toward Justice 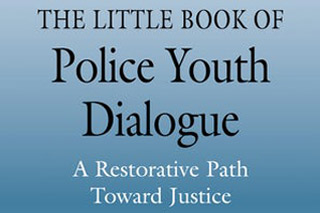 Co-authored by USF professor Dr. Micah E. Johnson, "The Little Book of Police Youth Dialogue: A Restorative Path Toward Justice," offers an explanation of the need for meaningful dialogue between law enforcement and black youth, a blueprint for implementing police-youth dialogues, best practices and examples, anecdotes and narratives from participants, different models and formats, potholes and limitations, and tangible tools and action steps for starting a police-youth dialogue program. Ultimately, the strategies and techniques used in effective police-youth dialogues can bring attention to issues of implicit bias and the impact of toxic stress on marginalized groups, ameliorate tensions between law enforcement officers and black youth, and build toward a model of community policing and restorative justice rather than punitive discipline and violence.

"The Little Book of Police-Youth Dialogue" presents readers with relevant knowledge and research regarding trauma and race in the United States, strategies for creating a safe space of attentive listening and mediating genuine connections between police officers and black youth, and specific ways to take action in ameliorating police-youth tensions and promoting healing in their local communities.

Dr. Johnson is a sociologist trained in criminology and substance abuse epidemiology and currently serves as an Assistant Professor in the Department of Mental Health Law and Policy at the University of South Florida. He is also the founder of Johnson Forensic Services and serves in the state and federal court system as an expert witness in sociology and criminology. He has mentored police officers in communication and cultural competence and helped facilitate foundational Police Youth Dialogues with the River Phoenix Center for Peacebuilding. Micah’s philanthropic and research interests are fueled by his personal experiences with childhood trauma, poverty, and racial inequalities.

Learn more about the book.