10 Years at USF: Towards Diversity, Anti-Racism and Equity

The last ten years of transformation at USF have been unparalleled! Between the years of 2010-2020, USF initiated sweeping changes to our campus culture, refined our student success efforts, and ended the decade with the successful consolidation of our three campuses. In the midst of all these major changes, we have been named the fastest rising university in the United States and one of the most racially equitable in terms of our six-year graduation rate. But, we envision even more for the USF community.

Along with a series of actions to reinforce the university's commitment to diversity and inclusion, Currall announced that Elizabeth Hordge-Freeman, associate professor of sociology, will serve as senior advisor to the president and provost on diversity and inclusion. Hordge-Freeman will advise and support university leadership on plans to foster anti-racism, access, equity, cultural inclusivity and cultural intelligence. She will partner with university-wide groups working on related issues, such as curricular development, professional development of faculty members and staff and ensuring that hiring practices for administrators and faculty are free from bias. 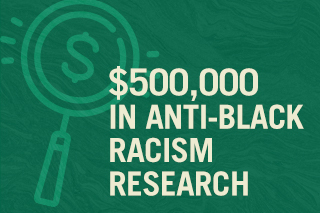 In July, the university announced a $500,000 commitment to fund faculty research projects that explore the perpetuation of systemic racism in society that has resulted in economic inequities, social injustices, police violence and other issues. 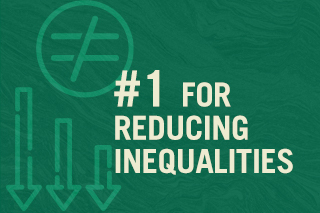 In September 2020, USF was recognized by Times Higher Education as the #1 university in Florida and #6 in the nation for reducing inequalities in outcomes for racial and ethnic minorities, first-generation students, international students, and students with disabilities. 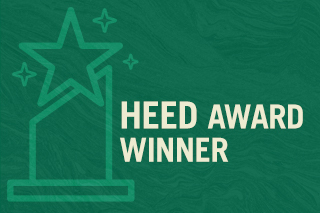 The university received the 2020 Higher Education Excellence in Diversity Award, a national honor recognizing U.S. colleges and universities that demonstrate an outstanding commitment to diversity and inclusion. This marks the second year in a row USF has earned the HEED award.

The investment through the USF Foundation will be used to engage an external consultant to facilitate research and analyses to enhance USF’s ongoing initiatives to increase Black student enrollment.

In September 2020, USF was recognized by Times Higher Education for reducing inequalities in outcomes for racial and ethnic minorities, first-generation students, international students, and students with disabilities.

Since 2014, USF has soared over 50 spots in this ranking by Washington Monthly.

The National Oceanic and Atmospheric Administration also recognized USF as number two in the nation for awarding master's degreees.

The university received the 2019 HEED Award, which recognizes U.S. colleges and universities that demonstrate an outstanding commitment to diversity and inclusion. This annual award is presented by INSIGHT Into Diversity magazine, the oldest and largest diversity-focused publication in higher education.

The HEED award tells us that we are moving in the right direction and inspires us to work harder to ensure we have a campus climate that is welcoming to all. - President Steve Currall

The HEED Award recognizes diversity across multiple aspects of campus communities – from cultural awareness among students, to the recruitment of diverse faculty members, to diversity-focused financial strategies.

According to Lenore Pearlstein, publisher of INSIGHT Into Diversity magazine, "We take a detailed approach to reviewing each application in deciding who will be named a HEED Award recipient. Our standards are high, and we look for institutions where diversity and inclusion are woven into the work being done every day across their campus.”

Upon President Currall's arrival, he launched a taskforce which developed the Principles of Community: Excellence with Equity, Diversity with Inclusion, Freedom with Responsibility, Dialogue with Respect, and Transparency and Accountability 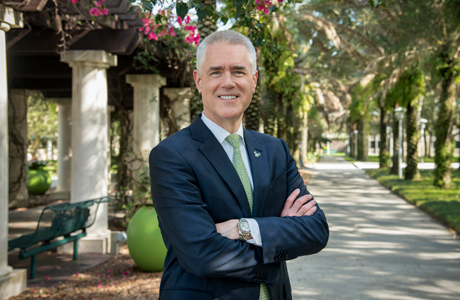 A recognition of USF’s commitment to student success, the award was created to recognize institutions that have responded to higher education challenges in innovative and creative ways and achieved dramatic changes in a relatively brief period.

Preeminence represents the culmination of USF’s many years of careful strategic planning, focused allocation of resources and determination of thousands of students, faculty and staff. The designation comes with millions of dollars in additional funding, carries prestige that will benefit USF in many key areas, including new student and faculty recruitment, and will enhance the economic development of the Tampa Bay region.

The Helios Education Foundation has awarded the University of South Florida’s Black Leadership Network (BLN) a $2.1 million grant to support the future success of underrepresented students from across USF.

The University of South Florida established the Office of Supplier Diversity, led by Terrie Daniels, which supports the utilization of small-, minority-, service disabled veteran- and women-owned businesses in the procurement of goods, services, supplies and construction service contracts. 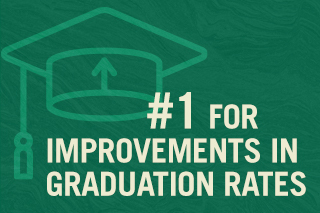 The USF Tampa campus was recognized as #1 by The Chronicle of Higher Education for Greatest Improvements in 6-year Graduation Rates among 4-year public colleges and universities. 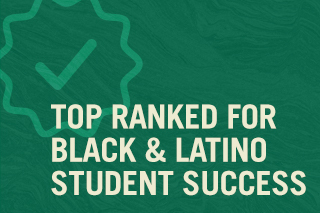 The USF Tampa campus was recognized by Education Trust as being #1 in Florida for Black Student Success, and #4 and #6 nationally for Latino and Black Student Success for Greatest Improvements in 6-year Graduation Rates. This was a ranking among 4-year public colleges and universities. 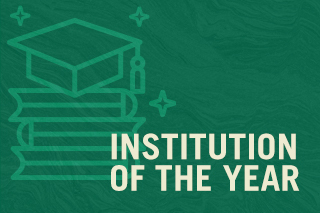 The University of South Florida was recognized as “Institution of the Year” by Education Dive because it nearly eliminated the graduation gap by race/ethnicity and socioeconomic status. It completely eliminated the gap in 2019. It was also designated the 7th best public university in America and the 34th best in the world according to the “Golden Age Universities” rankings. 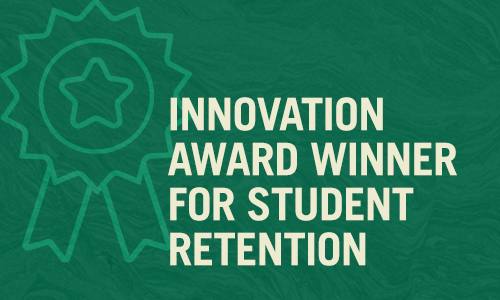 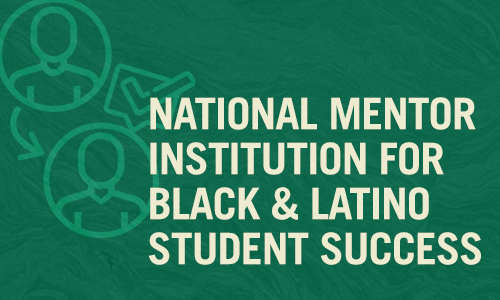 USF earned the Innovation Award for "Defining and Reporting Outcomes" from the National Research Center for College & University Admissions, a leading provider of data and analytics solutions to colleges and universities. The award recognized USF’s student success initiatives, which utilize performance data to significantly improve first-year retention rates. The effective use of predictive analytics led to the university's first-year retention rate to improve from 88.2 percent to 89.97 percent—the highest in USF history.

"Five years ago, when the University of South Florida began to implement the recommendations of our Student Success Task Force, we all dreamed of a “radical transformation” that we hoped would occur by the year 2020. Today, the movement we initiated in 2010 has increased the six-year graduation rate to 69% in 2015, an 18-point jump in just five years. This phenomenal success is due not to a single program or policy but to an institutional commitment to student success.

We all dreamed of a “radical transformation” that we hoped would occur by the year 2020.

The improvements illustrated in this report are the result of the hard work, collaboration, and dedication of colleges, departments, and support units across campus. Many universities across the country have implemented similarly innovative practices. What distinguishes USF is that the practices are the product of an intentional university-wide movement forged by a determination to transform our institutional culture and enrich the educational experiences of our students.

While we are proud of what we have achieved, we expect equally impressive improvements over the next five years, because the University of South Florida is a global research university dedicated to student success."

USF ranked #25 among all public universities and $41 among both public and private institutions nationwide. This data from the National Science Foundation, compiled by surveying 895 research universities across the country, reflects the continued growth of USF's research enterprise through the measurement of research expenditures, a significant indicator of the research activity at a university. 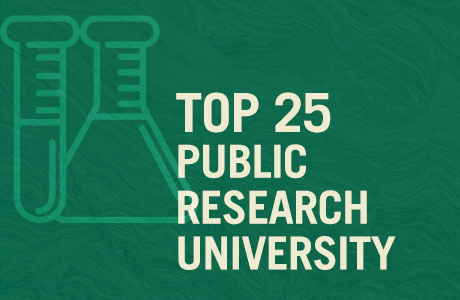 University of South Florida an "Up and Comer"

USF ranked 8th as an "Up and Comer" among the country’s national universities by U.S. News & World Report.

In August 2010, a 22-member Student Success Council was formed and chaired by Dr. Paul Dosal in order to coordinate and push forward the implementation of the Student Success Taskforce. At this time, the six-year graduation rate was only 48% and our four-year rate was about 24%.

For more awards and rankings related to USF’s success with racial equity and inclusivity through Student Success, please visit the Student Success website.