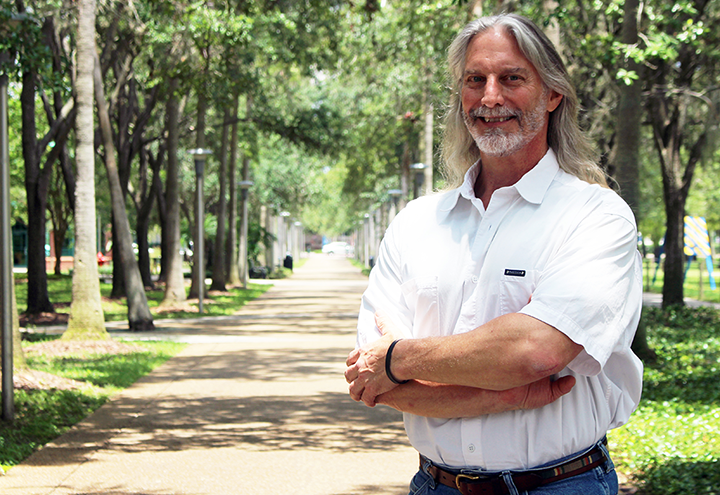 Dana Zeidler, PhD, of the USF College of Education was recognized by the university as a Distinguished University Professor for 2016.

(Tampa, Fla. July 5, 2016) — College of Education faculty member, Dana Zeidler, PhD, was recognized by the University of South Florida (USF) as a Distinguished University Professor (DUP) for 2016. The recognition was presented to three faculty members in the USF system to recognize them as individuals who have distinguished themselves among their peers both within and outside the University.

Each year at USF, faculty members are selected for DUP distinction through a process that involves an intensive internal and external review of the faculty member's credentials, and culminates in selection by a DUP Recommending Committee.

Zeidler joined USF in 1996 and currently serves as the program coordinator for Science Education in the Department of Teaching and Learning. His areas of expertise include socio-scientific issues, ethical issues, moral reasoning and reflective judgment within science education.

On receiving this distinction, Zeidler says it is an honor to be recognized by the university for the work he has been doing.

"It's nice that my home institution has recognized (my work in the field)," Zeidler said. "I've always loved USF and believe in its mission... and I'll do everything I can to wear (this recognition) well and represent both the college and the university as best as I can on the international stage."

Zeidler has authored more than 90 journal articles and book chapters, presented more than 70 conference papers, and has given keynote addresses and international talks in various countries around the world. In addition, he has been awarded more than $2 million in externally funded grants and contracts to advance the study of scientific literacy, and also serves as co-editor of the "Journal of Research in Science Teaching."