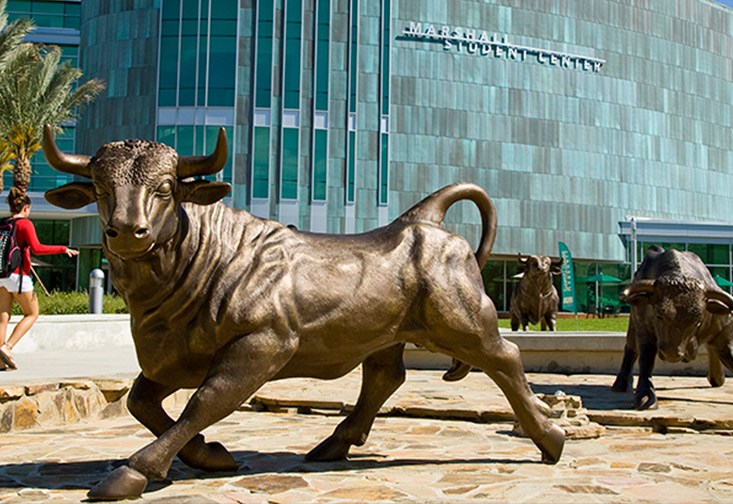 TAMPA, Fla.– The University of South Florida (USF) is the fifth best public university in the United States among institutions founded between 1945-1966, according to new rankings released this week by U.K.-based Times Higher Education (THE), a globally recognized higher education publication.

USF moved up two spots from last year and is the only Florida university ranked in the top 100 of THE’s annual list of “Golden Age Universities.” The top four institutions are each from the University of California System.

Compared to all similar-aged public or private universities, THE ranks USF sixth in the U.S. and 36th worldwide.

The rankings were announced as part of THE’s Young Universities Summit, being hosted this week at USF with approximately 200 university presidents and higher education leaders in attendance.

“Young universities think and behave differently. We are agile, creative, innovative and propelled by our desire to shape the future,” said USF President Judy Genshaft. “At USF, we are proud to be recognized for our high achievements and preeminent stature that we’ve built in such a short period of time. We know this is just the beginning.”

The “Golden Age Universities” list offers a unique analysis that differs from many other rankings that compare USF to universities in the U.S. and across the world that were established well over 100 years ago. Founded in 1956, USF is still relatively young in higher education.

The ranking is another indicator of USF’s growing reputation on the national and international level. This week the National Academy of Inventors and the Intellectual Property Owners Association announced that USF is the nation’s fifth leading public university in generating new U.S. utility patents and ranks 12th among universities worldwide in this key measure of innovation.