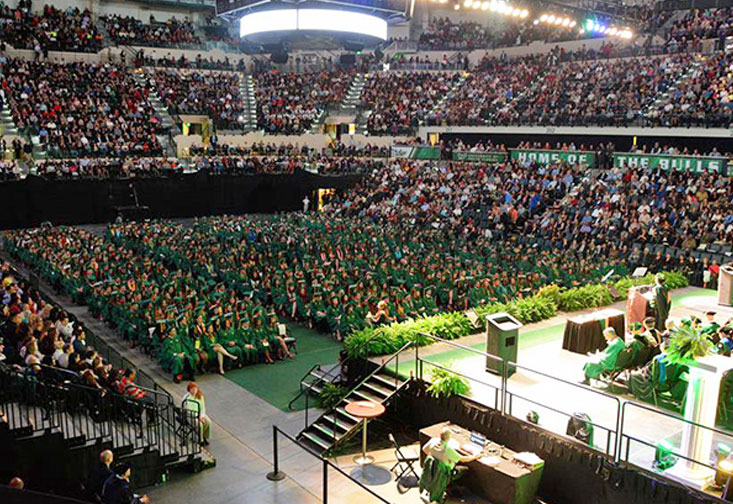 Twenty-eight students in the USF System have been identified as King O’Neal Scholars, earning a cumulative grade point average of 4.0.

Tampa Mayor Bob Buckhorn received the President’s Fellow Medallion Award. This award is given at the President’s discretion to very distinguished visitors and highly meritorious individuals.

Successful business leader and entrepreneur, Kate Tiedemann, was presented with an honorary doctorate of business administration. Tiedemann is dedicated to improving her community by championing numerous causes, and thanks to her generosity, the USF St. Petersburg College of Business is named in her honor.

Click the image below to learn more about some of USF's amazing graduates!

Fall 2018 Graduating Class by the Numbers