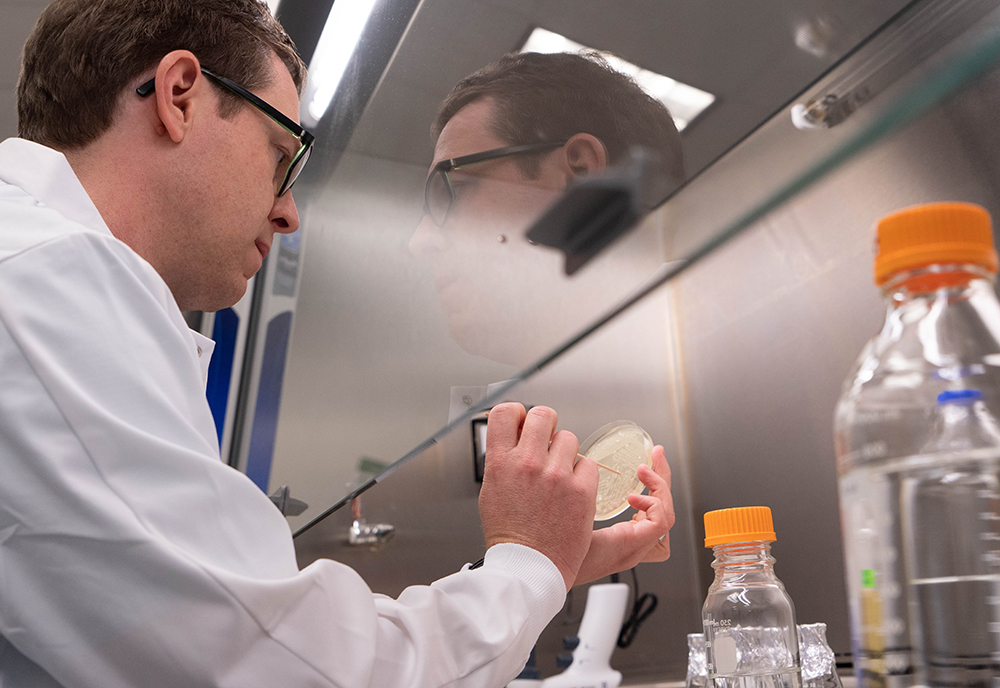 James Clomburg, a USF research scientist, harvests microorganisms from an agar plate. The microbes are engineered for isoprenoid production through a first-of-its-kind synthetic pathway.

From medicine to fragrances, nature provides many of the key chemical compounds needed in an endless number of pharmaceuticals and consumer products. Now, a cutting-edge technique engineered by researchers at University of South Florida is changing the way scientists isolate these precious molecules.

“Plant natural products are already widely used across so many industries,” said Ramon Gonzalez, PhD, professor in the USF Department of Chemical & Biomedical Engineering and a Florida 21st Century World Class Scholar. “Taxus brevifolia, for example, the Pacific yew plant, contains molecules that are used to produce a chemotherapy drug for several cancer treatments. The problem is that many of these products are expensive and difficult to extract efficiently.” 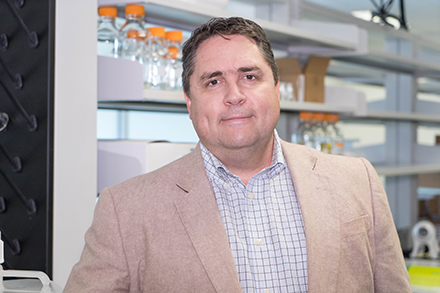 Gonzalez and his research team focused their efforts on a class of plant natural products (PNPs) called isoprenoids. With more than 50,000 of these isoprenoids synthesized in nature, they represent one of the most structurally and chemically diverse classes of molecules known to man.

Lycopene, for example, is an isoprenoid that gives tomatoes and other red fruits and vegetables their color. Aside from its natural pigmentation, lycopene can be taken to lower blood pressure, prevent heart disease and has even been shown to help prevent several types of cancer.

Citrus fruit peels also contain a type of isoprenoid called limonene. When extracted, limonene is used as the lemon or orange fragrance in cleaning products, or as a flavoring agent in different medications.

“Nature didn’t develop these pathways to efficiently produce these molecules for our use,” Gonzalez said. “These metabolic pathways serve their own function in these plants, and because of that it’s challenging to extract these isoprenoids in the amounts researchers would ideally like to. Not to mention the inherent cost and time required to cultivate the plants needed to extract the molecules from.” 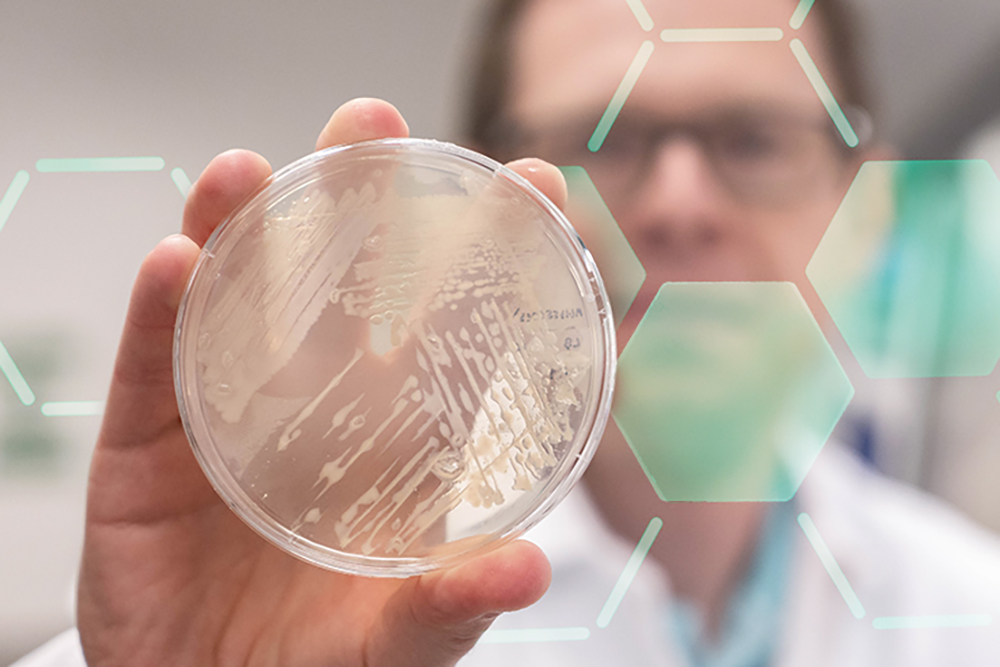 A strain of E. coli K-12 engineered for isoprenoid production.

To overcome this fundamental problem, Gonzalez and his team worked to develop an innovative new process for synthesizing isoprenoids. In essence, they have been able to create a synthetic metabolic pathway that will allow scientists to access these essential compounds in a controlled and efficient way.

Their work, published in the Proceedings of the National Academy of Sciences, outlines the team’s development of engineered microorganisms for synthesizing isoprenoids. By developing these microbes in a lab, researchers are able to modify their biological function and use the microbe’s metabolism as a pathway for biosynthesis.

Think of it like brewing beer. In beer, yeast metabolizes sugar to create the desired product – alcohol. For researchers, they leverage the microbe’s metabolism to produce different products – in this case, isoprenoids. By engineering what they call an isoprenoid alcohol pathway within the microbe, scientists are able to introduce a carbon source which passes through the pathway to produce isoprenoid molecules. The benefits are two-fold; not only do these advancements allow researchers the ability to synthesize isoprenoids in microbes directly, but the pathway itself is optimized to maximize efficiency.

“We believe our research will change the decades-long paradigm for isoprenoid biosynthesis, which until now had fully relied on engineering the two pathways existing in nature,” Gonzalez said. “It’s an exciting advancement that we feel will have wide ranging impacts on research happening around the world.”

To learn more about the Gonzalez Research Group, visit their website.

College of Engineering, Department of Chemical and Biomedical Engineering