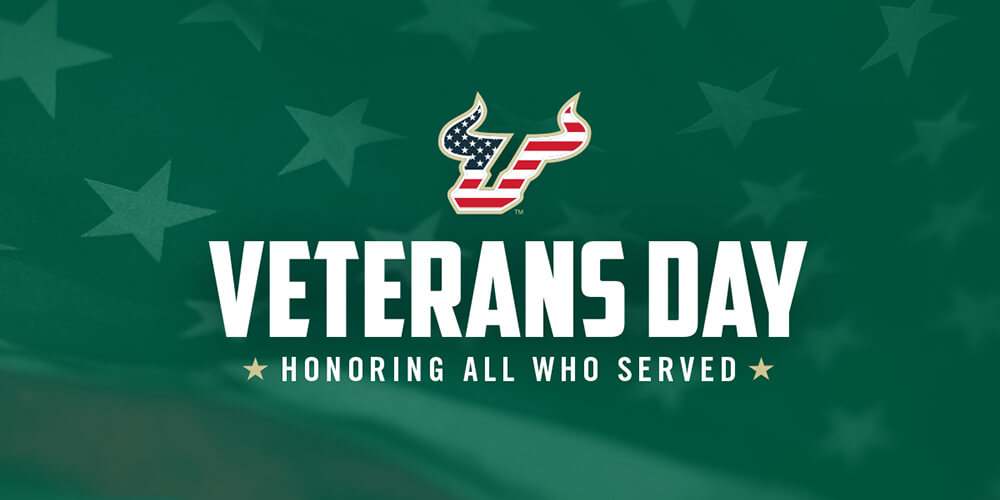 There are nearly two-thousand student veterans thriving within the University of South Florida’s veteran-centered programs. USF offers academic and support services, such as admissions assistance, scholarships, career counseling, employment assistance and guidance on VA benefits and health services. The Military Times ranks USF No. 4 in its annual “Best for Vets” ranking - eighth year in a row it’s been in the top five.

One of the challenges that military members face after their service, is dealing with disabilities. Abel Silva is a graduate student working toward his Master’s degree in Marketing at the Muma College of Business. Silva is coping with issues related to a traumatic brain injury incurred from his time serving in the Air Force. His job was to establish water and fuel in combat areas.

As a student with disabilities, Silva is working hard to rebuild his career goals. For him, the university experience comes with the same perks as a community- everyday relationships that strengthen over time. He shares the importance of having strong relationships with his professors who know him and his capabilities beyond the classroom.
“It makes me more eager to learn,” said Silva. “It makes me look forward to going to my next lecture.”

Silva credits the Office of Veterans Success (OVS) for helping him navigate his time at the university and regain the confidence he needs to complete his master’s. Transitioning out of military service can be problematic, particularly if there are disabilities involved. Since 2010, the OVS has been the main resource hub where student veterans learn and work together to rebuild their lives as civilians.

“There’s veterans that gravitate towards each other,” said Steven Radd, a counselor at OVS. “When they’re going through various things [issues], they are there for each other.”

Having a sense of community is a large part of what keeps USF at the top of the list of veteran-friendly universities. After their service, student veterans looking to further their skills from the field into careers benefit from learning alongside like-minded peers as they re-imagine their future.

Radd was an infantryman in the Army, responsible for tracking armor for his platoon.

“That’s not a skill that directly translates to really anything outside of the military,” said Radd. “So I had to go back to school.”

Radd is a recent USF business management graduate. He currently works at the OVS while he prepares to launch his own government contracting business.

USF offers veteran-oriented programs, such as the College of Nursing’s V-CARE major. Since 2013, V-CARE tailors its bachelor’s requirements to complement the education and training that Army and Air Force medics and Navy corpsmen already have. Students also receive credit for the time they’ve already served and are fast-tracked in a rigorous program. Instructors work with students to accommodate their schedules, which can change at any moment.

“We’ve literally been set up for success the entire way,”said Marianna O’Brien, an active reservist in the Air Force and a student in the V-CARE program. “I like how they’re able to bridge us into the nursing core classes.”

O’Brien chose USF after doing an Internet search and then visiting the college. She’d never left her home state of New York on her own and was nervous. Once she stepped foot into the college, she knew it was the right fit.

“I instantly felt like this place would be where my next family would be,” said O’Brien. “I have now 17 new people that [are part of my family]; we’re our own military family.”

The V-CARE cohorts are small, which allows instructors to do regular check-ins with each student to gauge what gaps exist between what students already know and what the curriculum requires. This way, the course work is tailored to each set of students. This process also helps form a bond that is crucial to success outside the military.

O’Brien is still able to fulfill her duties to her unit. She is required to fly to New York once a month and two weeks a year. Most of her flights leave on Fridays so she needs to work with her instructors to accommodate her coursework.

Location is a large factor of why some veterans choose to enroll at USF, which is very close to MacDill Air Force Base. Jennifer Drake liked not having to move her family in order to pursue her degree. Drake also chose USF because of its veteran-friendly reputation.

“The instructors are understanding,” said Drake, a student in the V-CARE program and Air Force medic. “I don’t think other colleges that aren’t as veteran friendly would care if you’re not in class due to service-related issues.”

Drake cites the many resources that are available to student veterans that support the community. She regularly receives scholarship notices, attends events and continuously learns about more opportunities specific for the student veteran community.

Drake had been an Air Force medic in Kuwait when she first met a nurse who inspired her to pursue nursing as a career. She admired the nurse’s “flawless execution” in working with the team. Drake applied to the nursing program so that she could commission back into the Air Force as a nurse.

The military medics and corpsmen say they’re fortunate that their experiences are directly transferable into civilian roles. O’Brien’s and Drake’s experiences shaped the paths they chose in health care, which lead to them pursuing their nursing degrees.

James Nickson joined the Navy with the intent of going into health care. At the start of his service, he entered a program to become a hospital corpsman and later to become a surgical technologist. Nickson served for seven-and-a-half years and is currently enlisted in the reserves. He joined the V-CARE program with thorough medical experience; he’s already performed over 7,000 surgeries.

“I knew I wanted to have more patient contact,” said Nickson. “I see nursing as stepping up to something new.”

As a nurse, he will be able to have more interaction with people. The V-CARE program is a perfect fit for him. After graduation he hopes to commission as an officer in the Navy Reserve.

“I feel like our curriculum was perfect for us to succeed to be a nurse.”