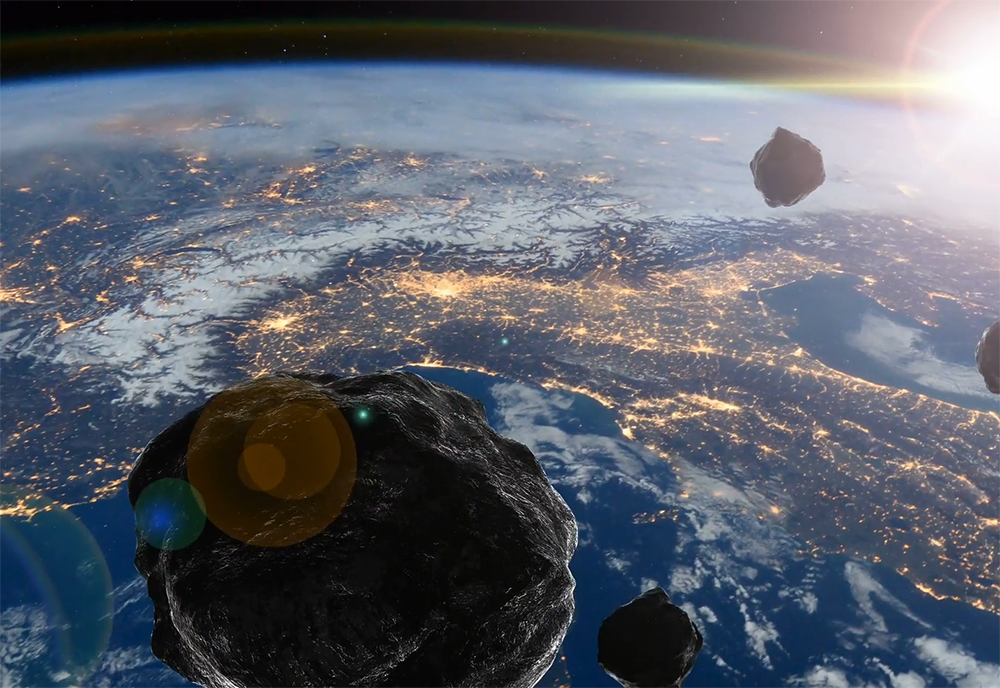 In the desert of Arizona, robotic telescopes search the sky for asteroids on a collision course for Earth. It’s an effort that could one day avoid a catastrophe on a planetary scale, and a project that a University of South Florida graduate student is helping to strengthen.

Kacper Wierzchos, a PhD candidate in the USF Department of Physics, spent several months working at the Catalina Sky Survey (CSS) as part of his PhD program. CSS is a NASA-funded project based at the University of Arizona’s Lunar and Planetary Lab. Located in Tucson, CSS is dedicated to the discovery and tracking of near-Earth objects (NEOs) as part of a congressional mandate to catalogue at least 90 percent of the NEOs that are large enough to pose a potential impact threat to Earth.

In space, tens-of-thousands of asteroids, comets and other objects frequently fly near our planet. Any one of them could be on a trajectory to hit Earth. CSS works to find those objects in case they pose a significant threat to human safety – think back to the 1998 film, Armageddon.

“I don’t really think about my work as something that’s helping protect Earth but one day it might play a part in saving lives – so that’s very rewarding,” said Wierzchos. “But, it’s important for people to remember that the possibility of a catastrophic event happening like we see in the movies is very low.”

Traditionally, CSS researchers identify, track and report any NEOs they find. Their primary mission is to discover these objects – not necessarily to characterize them. Wierzchos’ work improves the observatory’s existing infrastructure by providing tools to help researchers learn crucial details about these objects.

“I developed software that will help determine the brightness of the objects they discover,” Wierzchos said. “It’s important to measure how bright these objects are in the sky because that gives us insight into their size and spin state. Both of these measurements are very important in determining the threat the NEO may pose.” 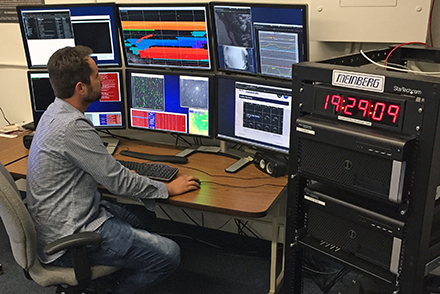 This isn’t the first time he’s worked in conjunction with CSS. In 2008, Catalina discovered an 80-ton asteroid, 2008TC3, headed for Earth. As an amateur astronomer in Spain, Wierzchos, who was an undergraduate student at the time, was one of only a few people to measure the exact position of the object in the sky. His reports helped officials determine where the asteroid would eventually hit. Thankfully, the object burned up in the atmosphere before hitting the northeast African country of Sudan. But its discovery marked the first-time researchers had been able to observe and track an object before reaching Earth – and Wierzchos played an integral part of it.

Now, he’s continuing to make an impact, this time while working toward his PhD in applied physics. His role at CSS was part of his PhD program’s ‘industrial practicum’, which requires students to gain valuable work experience outside of academia. It’s a relatively novel idea, especially for physics programs.

“USF was one of the first physics departments in the U.S. an industrial practicum requirement, and now many other top-tier universities around the world are following our lead and implementing these sorts of programs,” said Maria Womack, PhD, a USF physics faculty member and Wierzchos’ PhD advisor. “From my point of view, these types of opportunities for students are really showing the future of the field.”

USF Department of Physics Chair David Rabson, PhD, says that roughly half of all PhD graduates nationally will find employment outside of academia – yet most have little to no exposure to those areas. This program hopes to change that. And for Wierzchos, that initiative turned out to be an opportunity to work with a facility he’s admired for many years.

To learn more about the USF Department of Physics, visit their website.

College of Arts and Sciences, Department of Physics