Gut Microbiome of Premature Babies is Associated with Stunted Growth 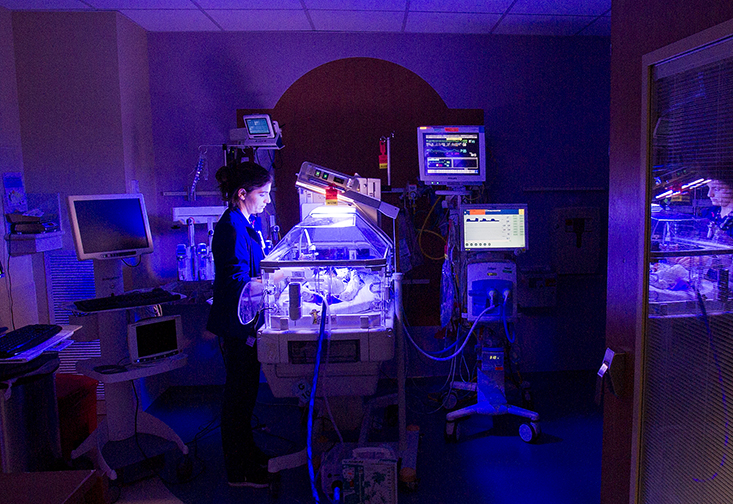 The more abnormal the microbiome in NICU infants, the more likely they are to experience stunted growth even at 4 years of age. While the growth stunting of premature infants has been well known, the role of the microbiome has not been investigated. The effects of the gut microbiome on this growth faltering were just revealed at the World of Microbiome Conference in Milan, Italy, culminating a five-year, $2.7 million study funded by the National Institute of Nursing Research.

The team of researchers led by the University of South Florida (USF) studied 78 infants born weighing less than three pounds. Lead author Maureen Groer, PhD, RN, professor of nursing and internal medicine at USF, tested their stool samples weekly for their first six weeks in the NICU. She found they all developed an extremely abnormal microbiome, known as dysbiosis, which could affect early and later health as the microbiome controls digestion, the immune system and plays a significant role in faltering length. Dysbiosis was associated with the growth faltering that many of these infants experience.

Most premature babies stay in the NICU for several months and are born with associated illnesses and conditions. While in the hospital, they undergo stressful invasive procedures, receive multiple antibiotics and interact less with their mothers. Their feeding is highly regulated but often consume more formula than breast milk, which transfers beneficial gut bacteria from mother to infant.

“These infants have come into this world having already experienced major stress in the womb,” said Groer. “While they may have survived a difficult pregnancy, they are threatened by what the degree of immaturity and many necessary interventions that are done in the NICU, which play roles in the observed dysbiosis.”

Researchers followed up with 24 of the children by the time they turned two-years-old and again at four, measuring their health, growth and development during home visits. Groer reports remarkable improvements to their microbiomes. She attributes that to the children eating a regular diet and living outside a hospital setting. However, based on the World Health Organization’s Child Growth Standards, she found that when the same children turned four-years-old, they were too short for their age and too heavy for their height, which could pose health risks into adulthood.

Groer suggests new intervention options be created to bolster the growths of NICU babies, such as special probiotics. She hopes this could help with early diagnosis and treatment of chronic bowel disease, autoimmune disease and reduce allergies. Groer and her colleagues are now looking at how the NICU infant gut microbiome impacts neurodevelopment and childhood behavior.