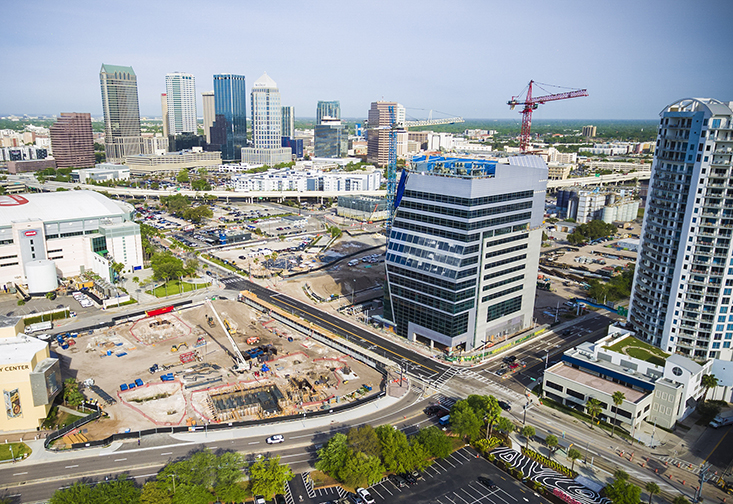 The University of South Florida is side by side with some of the top universities in the United States, including two members of the prestigious Association of American Universities (AAU), as finalists for a national economic development award.

The Association of Public and Land-grant Universities (APLU) today named USF as one of six finalists for its seventh annual Innovation & Economic Prosperity (IEP) University Awards.

The APLU announcement comes on the same day as USF was named among the top 10 American public universities in securing new U.S. utility patents for the seventh consecutive year.

"The University of South Florida is proud of the role we play in supporting innovation and invention. As part of our mission as a Preeminent public research university, we have a responsibility to examine the most complex issues that impact our society and find novel, practical solutions,"; said USF President Judy Genshaft. "The ideas, technologies and products being developed by our talented faculty and students each day make tangible impacts on the world around us."

As described in APLU’s Economic Engagement Framework – a series of tools and publications that helps institutions plan, assess, and communicate their work in economic engagement, universities collaborate with their public and private sector partners in their states and regions to promote economic growth, competitiveness and opportunity through a variety of efforts across the aforementioned categories.

We applaud this year’s Innovation and Economic Prosperity University Awards finalists for their exceptional contributions to regional economic engagement,” said APLU President Peter McPherson. “Their work demonstrates what’s possible when public universities collaborate with other stakeholders to drive progress in their communities. We’re thrilled to recognize their work.”

To be eligible for an IEP award, an institution must first earn the Innovation and Economic Prosperity University designation from APLU. To receive that designation, universities conduct a rigorous self-study of their economic engagement activities that includes input from external stakeholders. As part of the self-study, each institution identifies areas for growth and improvement within its economic engagement enterprise and developed an improvement plan. This work demonstrated a commitment to continuous learning and improvement in this kind of engagement vital to universities and their regional partners. Sixty-five institutions have been named IEP Universities designees since the program was launched in 2012. USF received this IEP designation in 2015.