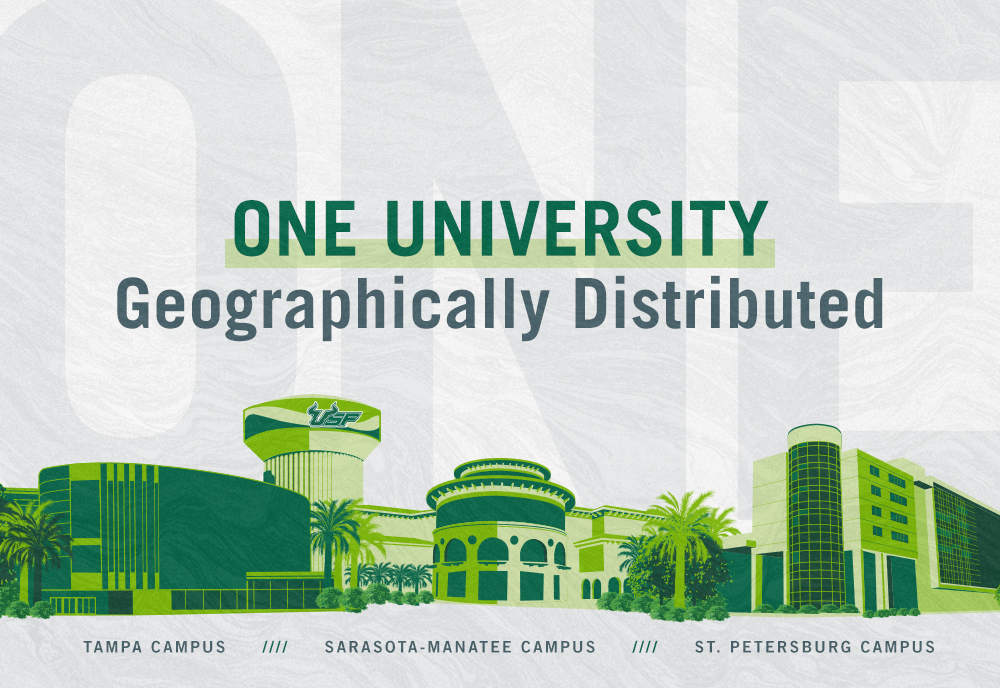 The University of South Florida is a recipient of the 2019 American Council on Education/Fidelity Investments Award for Institutional Transformation, a recognition of USF’s commitment to student success.

The award was created to recognize institutions that have responded to higher education challenges in innovative and creative ways and achieved dramatic changes in a relatively brief period. It includes a $10,000 prize.

“USF is honored to receive the prestigious Award for Institutional Transformation from the American Council on Education – one of the most highly regarded higher education organizations in the nation,” said USF President Judy Genshaft. “What makes us most proud are the thousands of students who have been able to graduate from USF and pursue their dreams. We truly believe that every one of our students will succeed if given the opportunity to do so.”

USF’s institutional transformation was marked by the consolidation of student support units into a single administrative unit; the use of “real-time” data and Civitas Learning’s predictive modeling to identify at-risk students; the development of a case management model to facilitate student support; and a breakdown of the silos in which academic affairs, student affairs, information technology, institutional research, and other departmental units operated.

“Through strategic thinking and measured efforts, University of South Florida and Benedict College have both transformed their campuses to better prioritize student success, scholarly achievement, and innovation,” said ACE President Ted Mitchell. “Thank you to Fidelity Investments for its generous support, which allows us each year to recognize colleges and universities who are meeting challenges head-on.”

Because of USF’s student success efforts, the university has eliminated achievement gaps by race, ethnicity, and income level, earning national recognition by the Education Trust and the Third Way organizations for Black, Hispanic, and Pell-eligible student success. In the summer of 2018, the Florida Board of Governors designated USF Tampa as a Preeminent State Research University, placing it in the most elite category of state universities and awarding millions of dollars in additional state funds.