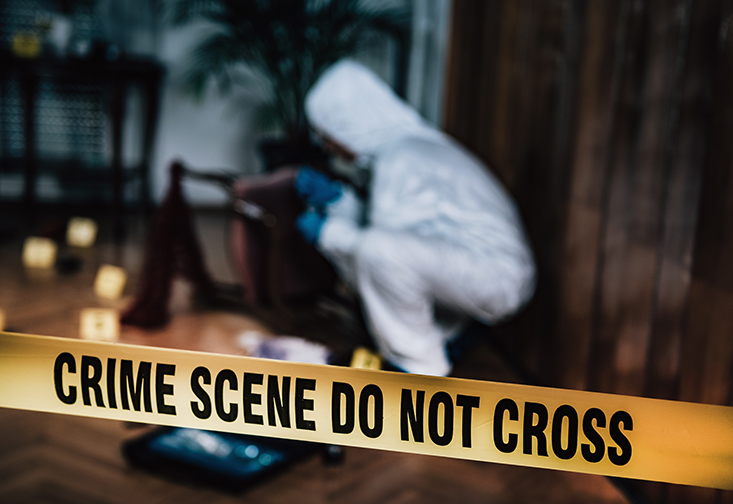 Researchers from the University of South Florida (USF) and other institutions studied data from 1990 to 2015 on 126 countries that made up 90 percent of the world’s population. In most of these nations, people ages 15-29 are responsible for a large proportion of homicides. However, this age group is shrinking, now making up 21 percent of the global population. Their study published in PLOS ONE finds that this decline in the size of the youth population – a global demographic trend – strongly correlates with international homicide trends.

Following the end of World War II, much of the world experienced a baby boom, prompting the young adult population to spike in the 1960s and 70s with the homicide rate running parallel. During this same timeframe, improvements were made to hygiene practices and healthcare, prompting a drop in the mortality rate. The World Health Organization reports the average global life expectancy went from 43 to 72 in 2016 when the latest set of data became available. In addition to people living longer, more adults are having fewer children or are avoiding parenthood all together. This is resulting in a disproportionate number of older individuals relative to the young, and fewer homicides around the world.

The steepest declines occurred in regions with the less crime. Between 1990 and 2015, North America and Western Europe experienced a 40 percent reduction in homicides, Asia had a 37.5 percent decline, and there was a 20 percent decline in Eastern Europe and Oceania. In the United States, the homicide rate dropped 43 percent between 1991 and 2000. It went from 10 out of every 100,000 people being killed by homicide to nearly six per 100,000. Previous research has argued for a number of contributing factors such as rising incarceration rates, the legalization of abortion and improvements to the economy. While this points to events or policies specific to the U.S., similar drops occurred in other countries without these influences, like Canada.

“If crime rates were influenced predominantly by domestic policies and local socioeconomic conditions, there should be greater divergence rather than similarity in crime trends across countries,” said Mateus Rennó Santos, PhD, assistant professor of criminology in the USF College of Behavioral and Community Sciences. “Rather a shared trend suggests that the homicide decline was not predominantly caused by domestic events, but by phenomena that were shared across countries.”

The researchers also found that the direct effect of the percentage of youth on homicide rates is weakened in times and places where other criminogenic forces gain prominence, such as when the Soviet Union was dissolved in 1991 or during the crack epidemic in the U.S., which prompted escalated violence among inner city youth. While violent nations have the most to gain from falling homicide rates, they haven’t experienced the safety benefits that come from an aging population. Latin America’s homicide rate rose 10 percent between 1990 and 2015. Some attribute that to more people retiring later in life, resulting in fewer jobs for the 15-29 age group and a weakened economy. This has contributed to a growing drug epidemic, organized crime and social and political instability.

Rennó Santos and colleagues believe that by understanding the influence population age has on crime spikes and crime declines, policy makers and law enforcement officials can better forecast and prevent future criminal activity.

College of Behavioral and Community Sciences, Department of Criminology