Too Much Smiling in a Sales Pitch Could Kill the Deal 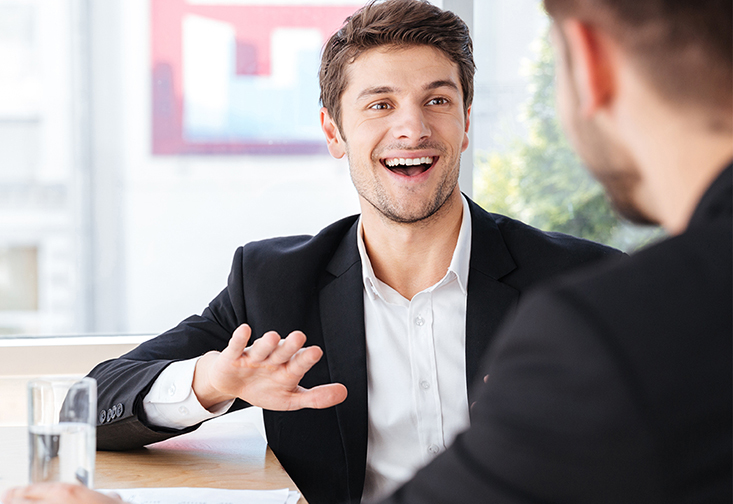 Spending too much time exuding joy is one of the fastest ways to lose a potential investor. A new study published in the Academy of Management Journal concludes one of the keys to financial persuasion is to strategically incorporate emotion and limit its duration.

Researchers from the University of South Florida (USF) in Tampa studied 8 million frames of video used in 1,460 pitches posted to the crowdsourcing platform Kickstarter. Using automated facial expression analysis technology, they found a direct correlation between a presenter’s peak joy, which is when they flash their biggest smile, and the amount of capital raised.

Presenters in those videos averaged 82 seconds on camera, with peak joy ranging from zero to eight seconds. Researchers found that in their sample, presenters who displayed peak joy for three seconds received 11.3 percent more funding than those whom displayed the expression for only two seconds. However, entrepreneurs who used peak joy for four seconds experienced a significant opposite effect, falling at least 27.5 percent in funding, and lost even more after that.

“While entrepreneurs are advised to display positive emotions, those who spend too much time expressing joy at the peak level may make the audience feel uncomfortable and view the presenter as behaving abnormally and unprofessionally,” said Lin Jiang, PhD, visiting assistant professor in the USF Center for Entrepreneurship at the Muma College of Business. “It may also infer that the entrepreneur is overly confident about their projects. Overconfidence has been related to various issues, such as failure to see deficiencies and problems, and weak motivation or ability to observe changes in the environment and make appropriate adjustments.”

The USF team along with a collaborator from Georgia Institute of Technology also conclude the best time to express peak joy is at the beginning and end of a presentation as that’s when it’s most noticeable or memorable and an audience is more likely to be subject to emotional contagion (i.e., get caught up in the presenters’ emotions).

The Kickstarter campaigns studied were posted for 5-60 days and ranged in goal from $100 to $1 million dollars. They fell under various categories, such as product design, technology and games. Researchers selected ‘joy’ because it’s the most common and identifiable positive emotion and is one of the six basic emotions (the others being fear, anger, sadness, disgust and surprise).