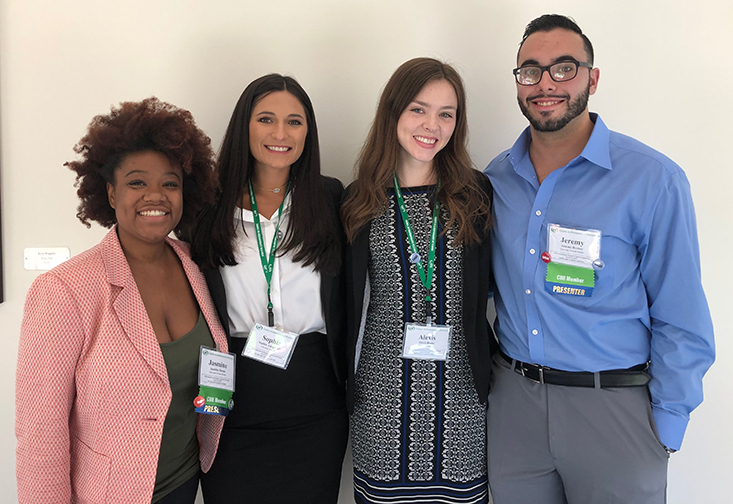 USF’s Jasmine Boone, a health sciences major who conducts research on kidney transplants, and Jeremy Brower, a chemical engineering major who conducts research on catalysis, joined with students from the University of Florida and Florida Gulf Coast University to present on their collaboration in developing the Florida Undergraduate Leadership Symposium, held earlier this year. The collaboration between multiple Florida State University System institutions was a student-led and student-run conference focused on how students can advance undergraduate research at their respective institutions. With several keynote speakers, multiple workshops, and over than 100 student participants from around the state, the success of this event led to their invitation by Bill Gunnels, Ph.D., chair of the URPD.

“We were honored to present the highlights and findings of our student conference to the professionals at URPD,” said Boone, who is also the current president of the Undergraduate Research Society, USF’s largest student organization on campus with over 1,500 members.

“Additionally, attending the conference was a great opportunity to understand how research is administered in various institutions. The different ideas that were shared helps increase the incidence of research as a whole.”

Both Boone (who is entering her senior year) and Brower (entering his sophomore year) have ambitious goals to expand research culture in the 2019-2020 school year by engaging with different student populations to help individuals find their pathways both at USF and into their career. Taking part in the national symposium has helped them further refine their plans as they prepare for the start of the year later this month.