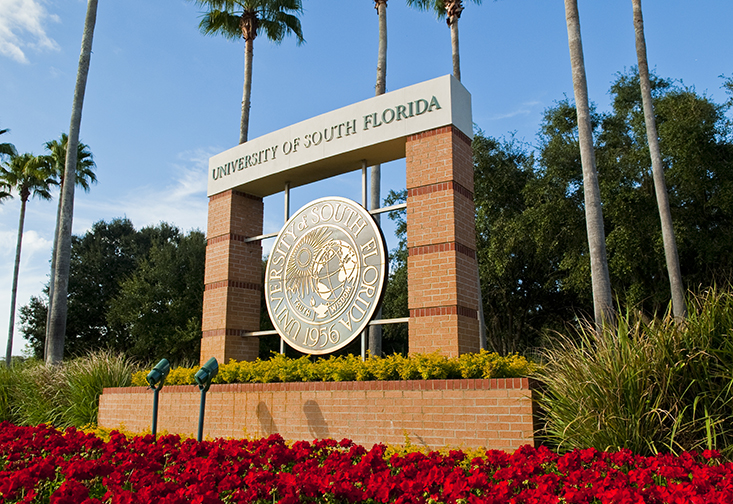 Newly released rankings exemplify the University of South Florida’s trajectory and focus on student success and excellence in research. The university jumped eight spots in Washington Monthly’s 2019 ranking to #50 among public universities, the fifth prestigious national ranking to position USF in the top 50.

It is now listed #38 in the Academic Ranking of World Universities (ARWU). The 2019 edition proves tremendous growth for USF as it has climbed eleven slots since 2015. The university is just one of two Florida institutions to demonstrate such improvements during this timeframe.

Other rankings in which USF is listed in the top 50 include: THE World Reputation Ranking: Public-US (#38), Kiplinger Best Public College Value: In-State (#39), and Top American Research Universities (TARU): Public-US (#26-50). TARU provides a ranking range rather than individual number. The university has also seen remarkable gains in Forbes America’s Top Colleges. USF has jumped 59 positions since 2015, now ranking #73 among public universities.

“Our rise in rankings is a testament to USF’s commitment to research and academic excellence,” said Ralph Wilcox, provost and executive vice president. “With USF’s stature as a Preeminent Research University, we are dedicated to impactful global research and student success.”

There are a variety of factors considered when calculating a university’s ranking, such as graduation and retention rates, output and reception of faculty research and awards, along with lower student debt and job placement. The culmination of these measurements demonstrate why USF is a leader in attracting high-achieving students and world-class faculty.