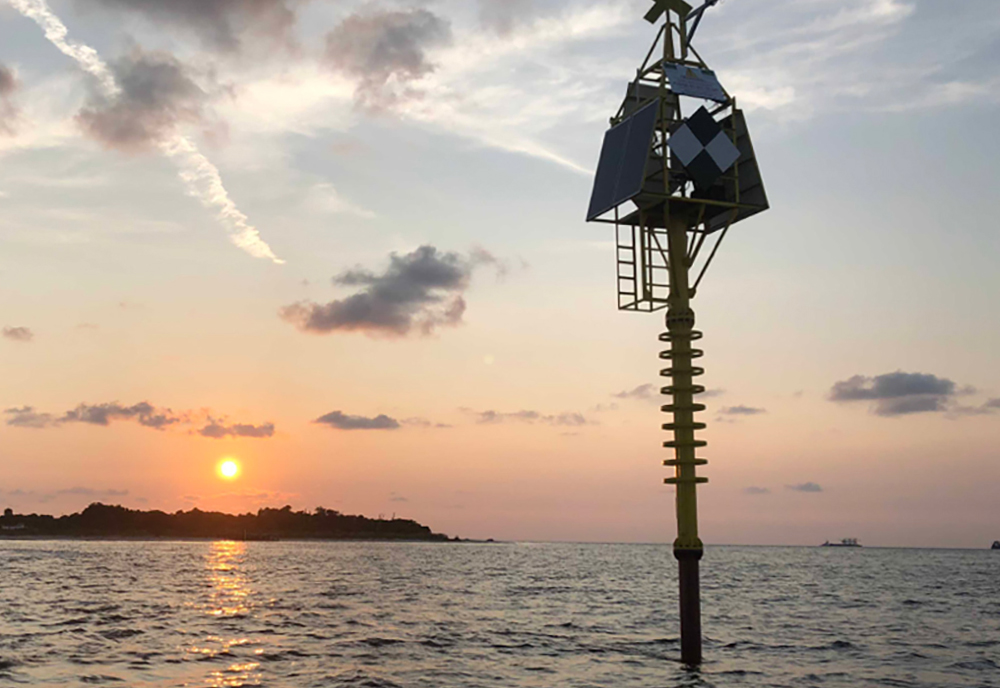 University of South Florida geoscientists have successfully developed and tested a new high-tech shallow water buoy that can detect the small movements and changes in the Earth’s seafloor that are often a precursor to deadly natural hazards, like earthquakes, volcanoes and tsunamis.

The buoy, created with the assistance of an $822,000 grant from the National Science Foundation’s Ocean Technology and Interdisciplinary Coordination program, was installed off Egmont Key in the Gulf of Mexico last year and has been producing data on the three-dimensional motion of the sea floor.  Ultimately the system will be able to detect small changes in the stress and strain the Earth’s crust, said USF School of Geosciences Distinguished Professor Tim Dixon.

Their findings were recently published in the Journal of Geophysical Research-Solid Earth.

While there are several techniques for seafloor monitoring currently available, that technology typically works best in the deeper ocean where there is less noise interference. Shallow coastal waters (less than a few hundred meters depth) are  a more challenging environment but also an important one for many applications, including certain types of devastating earthquakes, the researchers said. Offshore strain accumulation and release processes are critical for understanding megathrust earthquakes and tsunamis, they noted. 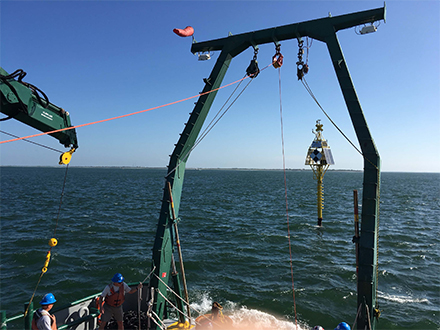 The experimental buoy rests on the sea bottom using a heavy concrete ballast and has been able to withstand several storms, including Hurricane Michael’s march up the Gulf of Mexico. The system is capable of detecting movements as small as one to two centimeters, said Dixon, an expert on natural hazards and author of the book Curbing Catastrophe.

“The technology has several potential applications in the offshore oil and gas industry and volcano monitoring in some places, but the big one is for improved forecasting of earthquakes and tsunamis in subduction zones,” Dixon said. “The giant earthquakes and tsunamis in Sumatra in 2004 and in Japan in 2011 are examples of the kind of events we’d like to better understand and forecast in the future.”

Dixon said the system is designed for subduction zone applications in the Pacific Ocean’s “Ring of Fire” where offshore strain accumulation and release processes are currently poorly monitored. One example where the group hopes to deploy the new system is the shallow coastal waters of earthquake prone Central America.

The Egmont Key test location sits in just 23 meters depth.  While Florida is not prone to earthquakes, the waters off Egmont Key proved an excellent test location for the system. It experiences strong tidal currents that tested the buoy’s stability and orientation correction system. The next step in the testing is to deploy a similar system in deeper water of the Gulf of Mexico off Florida’s west coast.

USA Today: Playoff plan provides a path for Major League Baseball to have fans in 2021