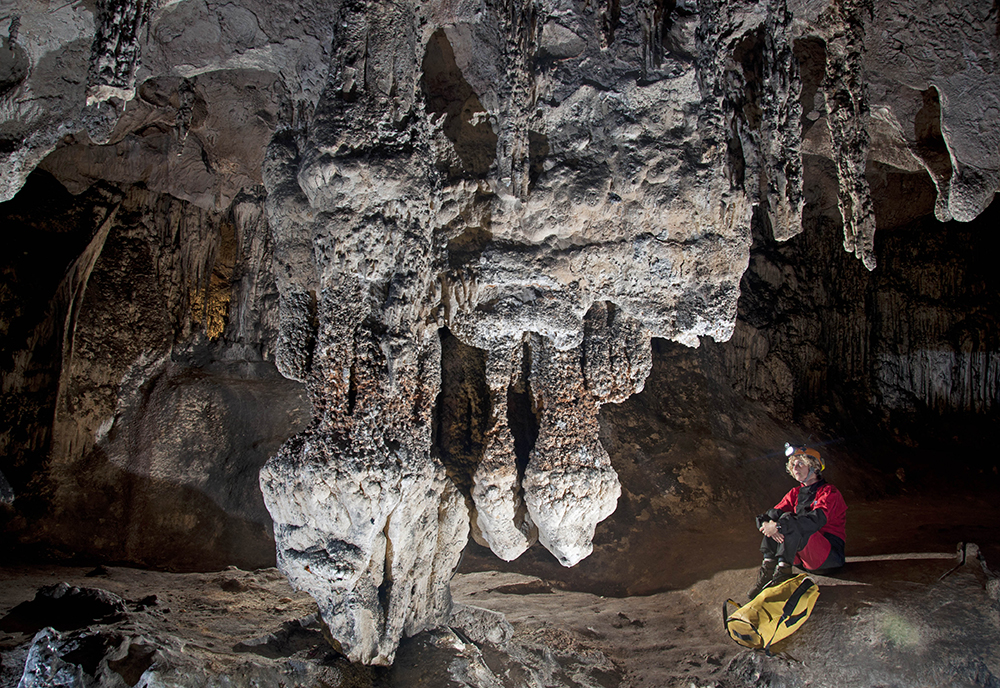 Phreatic overgrowth on speleothems in the Teatro Room at the Artà Cave. Photo Credit: A. Merino

An international team of scientists have discovered evidence in the geological formations in a coastal cave showing that more than three million years ago – a time in which the Earth was two to three degrees warmer than the pre-industrial era – sea level was as much as 16 meters higher than the present day. Their findings have significant implications for understanding and predicting the pace of current-day sea level rise amid a warming climate. 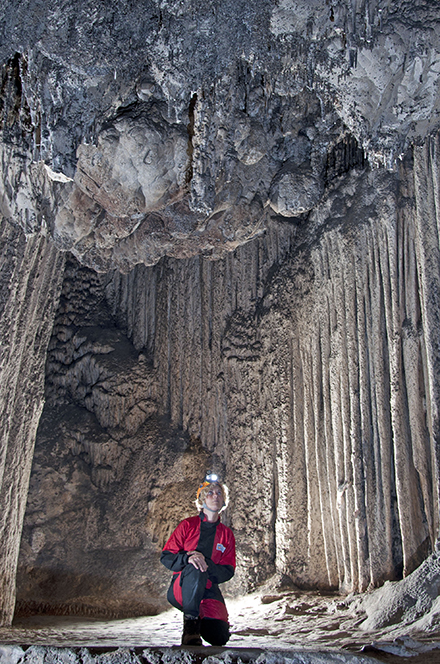 Decorations inside the Infierno Room at Artà Cave. Credit: A. Merino

The scientists from the University of South Florida, University of New Mexico, Universitat de les Illes Balears and Columbia University published their findings in today’s edition of the journal Nature. The analysis of deposits from Artà Cave on the island of Mallorca in the western Mediterranean Sea, serves as a target for future studies of ice sheet stability, ice sheet model calibrations and projections of future sea level rise, the scientists said.

“We can use knowledge gained from past warm periods to tune ice sheet models that are then used to predict future ice sheet response to current global warming,” said USF Department of Geosciences Professor Bogdan Onac.

Sea level rises as a result of melting ice sheets, such as those that cover Greenland and Antarctica. However, how much and how fast sea level will rise during warming is a question scientist have worked to answer. Reconstructing ice sheet and sea-level changes during past periods when climate was naturally warmer than today, provides an Earth’s scale laboratory experiment to study this question, said USF PhD student Oana Dumitru, the lead author.

The project focused on cave deposits known as phreatic overgrowths on speleothems. The deposits form in coastal caves at the interface between brackish water and cave air each time the ancient caves were flooded by rising sea levels. In Artà Cave, which is located within 100 meters of the coast, the water table is – and was in the past – coincident with sea level, said Professor Joan J. Fornós of Universitat de les Illes Balears.

The scientists discovered, analyzed, and interpreted six of the geologic formations found at elevations of 22.5 to 32 meters above present sea level. Careful sampling and laboratory analyses of 70 samples resulted in ages ranging from 4.4 to 3.3 million years old, indicating that the cave deposits formed during the Pliocene epoch.

Sea level changes at Artà Cave can be caused by the melting and growing of ice sheets or by uplift or subsidence of the island itself, said Jacky Austermann an assistant professor at Lamont-Doherty Earth Observatory, Columbia University and member of the research team. She used numerical and statistical models to carefully analyze how much uplift or subsidence might have happened since the Pliocene and subtracted this from the elevation of the formations they investigated.

One key interval of particular interest during the Pliocene is the mid Piacenzian Warm Period – some 3.264 to 3.025 million years ago - when temperatures were 2 to 3ºC higher than pre-industrial levels. The interval also marks the last time the Earth’s atmospheric CO2 was as high as today, providing important clues about what the future holds in the face of current anthropogenic warming, Onac said.

This study found that during this period, global mean sea level was as high as 16.2 meters (with an uncertainty range of 5.6 to 19.2 meters) above present. This means that even if atmospheric CO2 stabilizes around current levels, the global mean sea level would still likely rise at least that high, if not higher, the scientists concluded. In fact, it is likely to rise higher because of the increase in the volume of the oceans due to rising temperature. The authors acknowledge that this sea level rise would not happen overnight, but it would take hundreds to thousands of years to melt such large amounts of ice.

Considering the present-day melt patterns, this extent of sea level rise would most likely be caused by a collapse of both Greenland and the West Antarctic ice sheets, Dumitru said.

The authors also estimated that sea level was 23.5 meters higher than present about four million years ago during the Pliocene Climatic Optimum, when global mean temperatures were up to 4°C higher than pre-industrial levels.

The research team also included Senior Research Scientist Victor J. Polyak and Professor Yemane Asmerom of the Department of Earth and Planetary Sciences at the University of New Mexico in Albuquerque, and Associate Lecturers Joaquín Ginés and Angel Ginés of the Universitat de les Illes Balears in Mallorca.

This research is the result of a collaborative National Science Foundation (NSF) project between the University of South Florida and the University of New Mexico and part of the bilateral agreement between USF and UIB and has been funded by NSF and the Spanish State Research Agency.