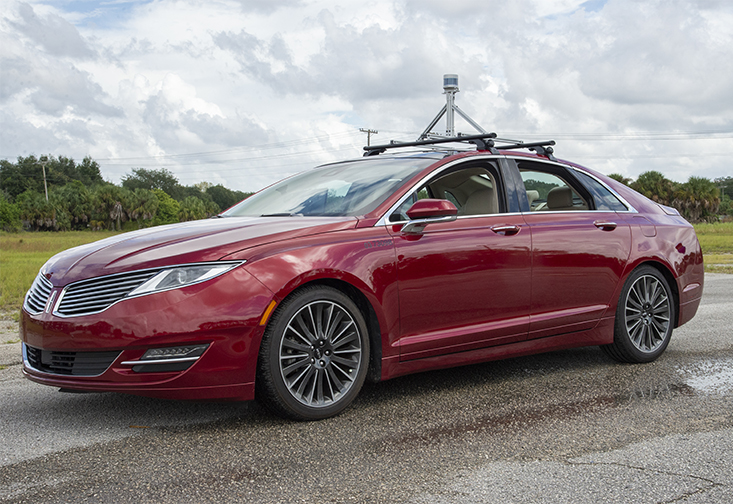 As the development of autonomous vehicles (AV) gain steam and continue to disrupt the automobile industry, an associate professor at the University of South Florida believes advanced radar may be key in improving the safety of these driverless cars.

Rather than using cameras to guide the fully autonomous vehicles, Xiaopeng Li, a Susan A. Bracken Fellow in USF’s Department of Civil Environmental Engineering, has developed driverless technology using light detection and ranging (LIDAR). LIDAR is a remote sensing method that uses a constant pulse of invisible laser beams to create extremely detailed 3D maps. The technology has ability to operate regardless of light and weather conditions and allows the vehicles to distinguish between two objects over 100 meters away.

“The ultimate goal is to make our transportation systems better in terms of safety, mobility and environment. These vehicles can respond faster and see further and get more information. They can be connected to the cloud and all kinds of computer and communication resources,” said Li.

Li’s research, funded by a 2019 National Science Foundation grant among others, focuses on utilizing the AV testbed to research the control, management and societal benefits of autonomous vehicles in traffic system dynamics. 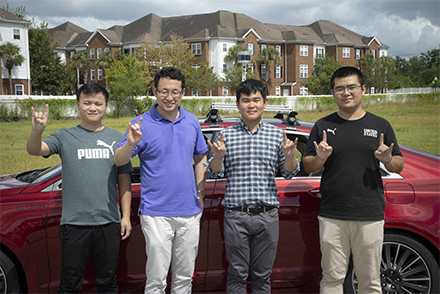 For the study, Li and his team chose to use a 2016 Lincoln MKZ. The hybrid comes with a large battery pack which is useful for powering the sensors and computers involved in making the vehicle autonomous. The cars also come with partial automation capabilities (e.g, adaptive cruise control and self-parking), which help facilitates the connections between the internal computer and the control platform developed by USF. The vehicle is also capable of receiving information and commands remotely through the connected vehicle technology.

“It has two modes. One is the manufacturer’s setting, and we didn’t want to modify that. We wanted to keep the vehicle intact in a way. It runs normally in all aspects. We added a whole set of new things for autonomous driving. We can use information from the built-in sensors, but we need more than that for our purposes,” said Li.

Thanks to a partnership with Busch Gardens Tampa Bay, Li and his team have been able to test the vehicle using a former military runway located on the amusement park’s property. After successfully reaching highway speeds, Li believes the next step is learning how the autonomous vehicles will react with one another and has begun outfitting a second vehicle with the same sensors and equipment.

“We will be able to do more tests with multiple vehicles. They can interact and collaborate with each other. These vehicles will be able to follow each other more safely and smoother than human drivers. Their driving can also be tailored to maximize fuel and power efficiency,” Li said.

Testing a fleet of vehicles will give important insight into how traffic and human error can be minimized, or eliminated altogether, by groups of vehicles which are able to coordinate following distance and reaction time instantaneously.