The University of South Florida today announced the appointment of J. Michael (Mike) McConnell, retired U.S. Navy vice admiral and former director of the National Security Agency (NSA), as executive director of Cyber Florida.  McConnell brings an extensive military and intelligence background that will help further Cyber Florida’s mission of positioning the state as a national leader in cybersecurity. 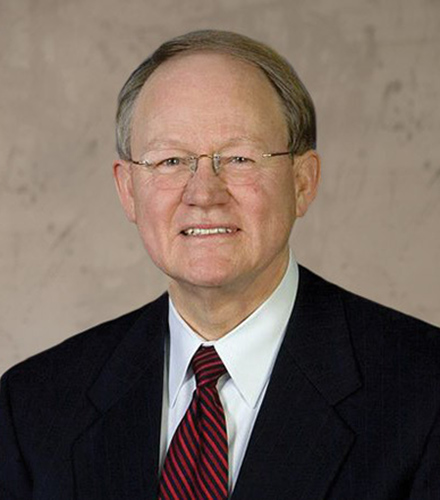 Cyber Florida is a state-funded organization hosted at USF that works with all 12 public universities in Florida, as well as private industry, government and the military to build partnerships and develop programs that grow and strengthen Florida’s cybersecurity industry.

“Our goal at USF is always to recruit the best talent – whether the brightest students, world-class faculty or top leaders of their fields – to elevate the stature of our university. Mike is one of the leading voices in cybersecurity nationally, and I have no doubt that his vast experience and relationships with key policymakers will be a tremendous asset to Cyber Florida’s continued progress, which will benefit future generations of Floridians,” USF President Steven C. Currall said.

McConnell's distinguished career spans over 50 years, focused on international and foreign intelligence issues, including 29 years as a U.S. Navy intelligence officer.  In 2007, he became the second U.S. Director of National Intelligence, serving under Presidents George W. Bush and Barack Obama.  From 1992 to 1996, he served as NSA director.  McConnell has received the nation's highest award for service in the U.S. intelligence community from both Presidents Bill Clinton and George W. Bush.  He’s also been vice chairman of Booz Allen Hamilton, a management and information technology consulting firm.

“I am honored to lead Cyber Florida and build on the organization’s remarkable success in recent years,” McConnell said.  “Through education and problem-solving research, we can address the critical need to train a more skilled cybersecurity workforce and create new technologies to protect our nation’s infrastructure.”

Since its founding in 2014, Cyber Florida has implemented numerous initiatives across the state, including helping to establish nearly 50 cybersecurity degree or certificate programs, providing seed funding for nearly 75 research projects, participating in hundreds of events or presentations to raise cyber awareness and publishing books for public guidance.  Cyber Florida’s current director, Sri Sridharan, has announced plans to retire, effective June 30.