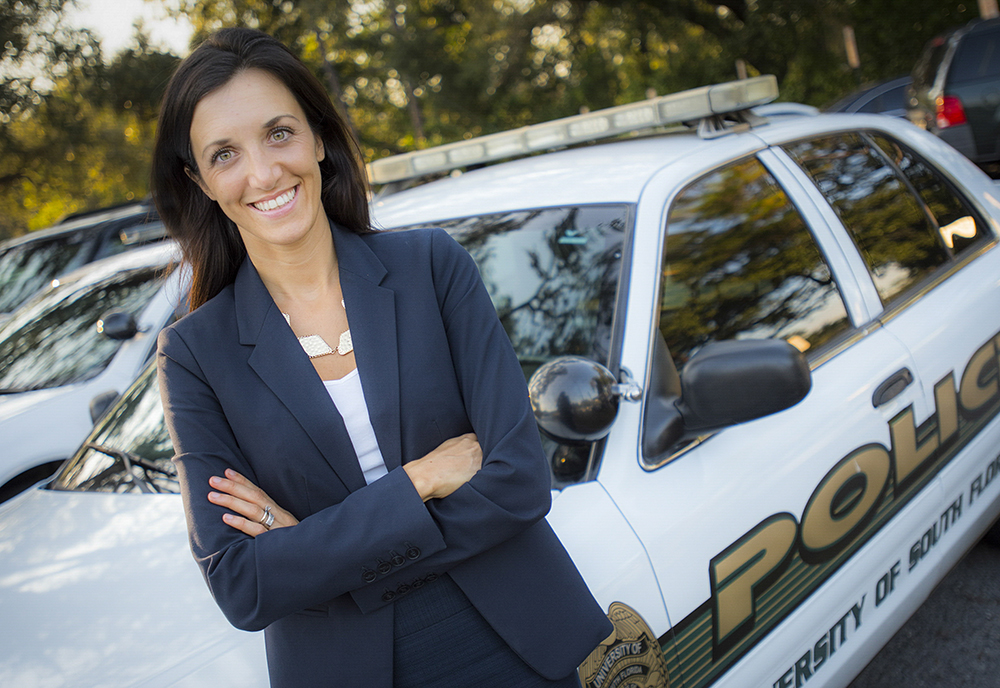 USF Associate Criminology Professor Bryanna Fox will play a pivotal role in the city of Tampa’s new initiative to improve relations between its police department and the communities it serves.

Fox was selected to make recommendations based on feedback from members of the newly formed Mayor’s Community Task Force on Policing. Mayor Jane Castor launched the 40-member task force following ongoing protests regarding police treatment of members of Black communities across Tampa. The group represents a variety of key stakeholders, including Black Lives Matter, the NAACP, business owners, neighborhood associations and churches.

Fox and 12 USF graduate students will attend three, 4-hour sessions with the task force to help better understand public perception of the Tampa Police Department. They’ll ask questions that pertain to how much they trust the police, if they fear police and if they feel officers need more or fewer resources to effectively do their jobs. They’re also getting feedback on policing tools, such as the use of body cameras, facial recognition software and other tactics used to monitor areas with high crime rates. Additionally, the team will hear thoughts from law enforcement officers on their interactions with the community, perceived tensions and get input on how they’re individually impacted by department policies and resources.

"Dr. Fox brings incredible knowledge and experience to this task force as we continue having these incredibly important conversations that are key to progress," Castor said. "Dr. Fox's background in psychology and criminology gives her unique insight into many of the mental health and social services challenges and affect not just our communities but our law-enforcement every day. This task force was formed with the dedication to our community and continuing to lean on Dr. Fox and our other members for guidance and feedback so we can take actionable steps forward together."

Various groups are calling for less use of force and more community-oriented policing. They’d like to see funding shift to social service agencies equipped to respond to nonviolent police calls related to mental health and substance abuse. The Pasco County Sheriff’s Office addressed similar concerns last fall when it launched the Behavioral Health Intervention Team. Fox has been actively involved in developing programs that offer treatment and prevention services to justice-involved citizens, and is in the midst of a long-term research effort to reduce jail populations.

“The benefits of implementing evidence-based interview and prevention programs are enormous,” Fox said. “Not only do they help to reduce crime and burden on police, they also help to improve relations with the community, reduce victimization, save taxpayers money and potentially break the cycle of crime that many get wrapped up in.”

Fox hopes to utilize her experience in Pasco County and from other collaborations with law enforcement agencies nationwide to assist Tampa Police in developing solutions that address community concerns with the current policing method. The USF team is expected to present its findings to the city in August.

Tampa Bay Business Journal: USF is among the top universities boosting the economy with innovation

Washington Post: An around-the-clock virtual protest lifts voices of those unable to take to the streets

Reuters: Slow-moving hurricanes that deluge coasts may be latest hazard of climate change