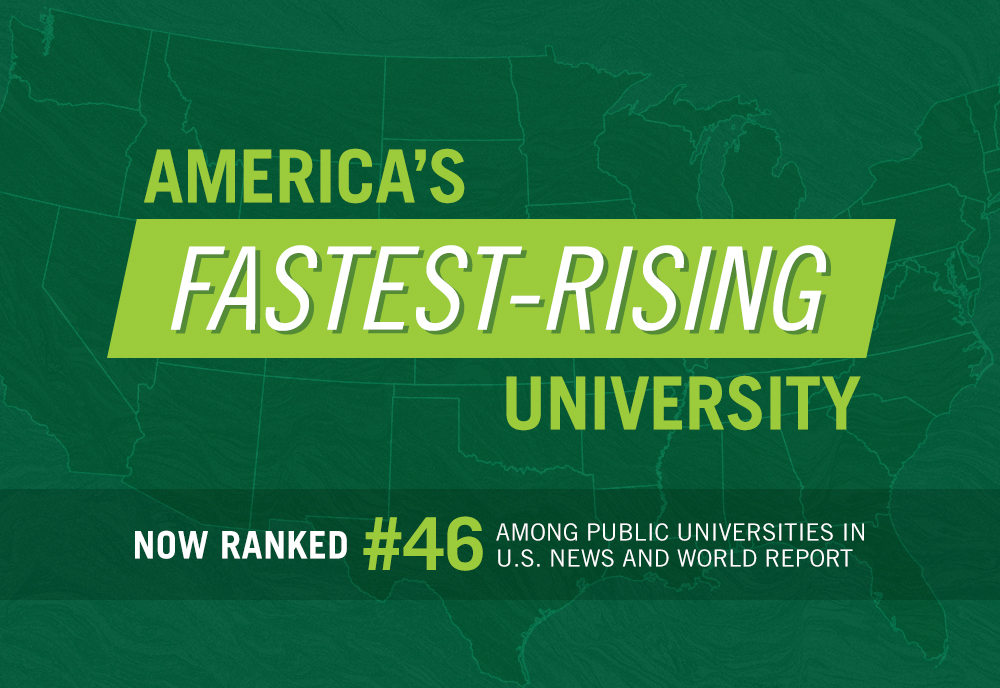 University of South Florida is America’s fastest-rising university, according to U.S. News and World Report

The University of South Florida is once again the fastest-rising university in America, according to U.S. News and World Report’s (U.S. News) 2021 Best Colleges rankings released today. Over the past 10 years, USF has risen 78 spots among all universities, from No. 181 to No. 103, and 54 spots among public universities from No. 100 to No. 46, more than any other university in the country. This is the second consecutive year USF is among the top 50 public universities in the nation, according to U.S. News.

“USF is proud to maintain its position as the fastest rising university in national rankings among institutions both public and private over the last decade. As USF continues to be recognized for the exceptionally talented students and faculty it attracts, both the University and our surrounding region, as well of the state of Florida, benefit,” said USF President Steve Currall. “We will continue our strategic focus on initiatives that will help propel USF to even greater heights in the future.”

In other rankings released today by U.S. News, USF is the only Florida university in the Top 10 "Best Value Colleges," at No. 8 among public universities, alongside such institutions as the University of North Carolina at Chapel Hill, University of Virginia, University of Michigan and Texas A&M University. USF also ranks No. 12 in the nation among public institutions and No. 1 in Florida on the U.S. News ranking of top “National Universities for Social Mobility.” The social mobility ranking is calculated based on the number of Pell Grant recipients that a university successfully enrolls, retains and graduates. Approximately 40% of USF students are eligible for Pell Grants, the highest amount among Florida’s preeminent universities. USF has previously earned national recognition for Pell Grant student success and was recently ranked No. 1 in Florida and No. 6 in the U.S. among public universities on Times Higher Education’s list of “ Best Universities for Reducing Inequalities.”

"The University of South Florida takes great pride in the fact that we continue to make higher education more accessible to all students, regardless of their race, ethnicity or socioeconomic status," said Ralph Wilcox, USF provost and executive vice president. "At USF, we believe that world-class education and research reputation goes hand-in-hand with gains in student and faculty success."