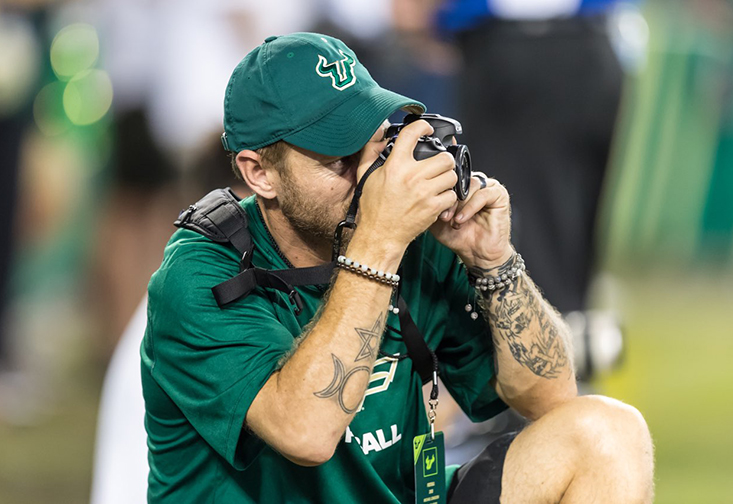 When Michael Congdon medically retired from the U.S. Army, a future in photography was not something he had in mind. But, thanks to an out-of-the-box suggestion from the U.S. Department of Veterans Affairs (VA) and support from USF staff and faculty, the former soldier found a passion for the artform and is already earning national exposure for his work.

Congdon joined the military in 1998, serving in field artillery and recruiting before injuries to his legs and back forced him to retire. After 15 years as a soldier, he planned to pursue business and marketing, first at Hillsborough Community College (HCC), then at USF. But something was missing. He says a chance conversation with a VA vocational rehab counselor first introduced the idea of photography to him – and after taking his first class, he was hooked.

Festering in the 8th Circle by Michael Congdon.

“I knew I had the background to work in business and marketing in my civilian life, but it really wasn’t something that I wanted to do, and I knew this was my chance to restart a whole different chapter in my life,” Congdon said. “Once I dove into photo and art, it really became what I love doing.”

Congdon transferred from HCC to USF with an associate degree in business but made the switch to fine arts immediately. While taking courses to earn a Bachelor of Fine Arts degree, he heard about the Breaking Barriers program from a friend and fellow student-veteran.

Breaking Barriers is a three-part workshop hosted and administered by the USF Contemporary Art Museum in collaboration with USF's College of The Arts. Since its inception in 2018, the program has provided community support for local veterans through an educational and arts-based experience. And while Breaking Barriers is not art therapy, the program, as well as art in general, can have a substantial impact.

“Photography has become extremely expressive and therapeutic for me,” Congdon said. “It’s really been a way for me to get my mind off some of the traumatic experiences I’ve had, and I think it’s really helped me mentally and emotionally.” 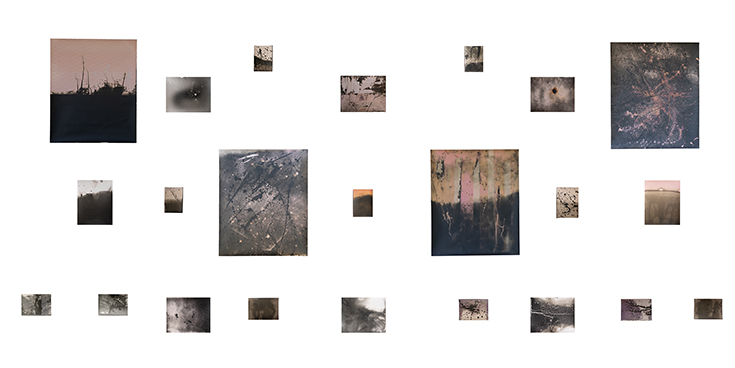 Expressions of Time by Michael Congdon.

Congdon says the Breaking Barriers program has provided him opportunities he likely would never have received. His work has been shown at the Contemporary Art Museum and been judged at the Veterans Creative Arts Festival. In fact, Congdon won Best in Show at the regional competition in Tampa and even had his work shown to U.S. Second Lady Karen Pence during her visit to the James A. Haley Veterans’ Hospital.

“It was really surreal,” he said. “To have your work shown to someone in that position was incredible.”

In November, Congdon will exhibit some of his photography at the national Veterans Creative Arts Festival. Along with continuing to show his work, he plans to pursue a Master of Fine Arts degree in fine arts and says he’ll be forever grateful for the support and guidance he’s received at USF.

“I don’t know that I could ever say enough about the faculty and staff at USF,” he said. “The entire art department is really incredible and the support they’ve given me is something I don’t think I would have ever gotten elsewhere.”