An aerial image of the carbonate coastal morphology in Mallorca

An aerial photograph of the carbonate coastal morphology in Mallorca.

The pressing concern posed by rising sea levels has created a critical need for scientists to precisely predict how quickly the oceans will rise in coming centuries. To gain insight into future ice sheet stability and sea-level rise, new research from an international team led by University of South Florida geoscientists is drawing on evidence from past interglacial periods when Earth’s climate was warmer than today.

Using deposits in the caves of the Mediterranean island of Mallorca, known as phreatic overgrowths on speleothems, to reconstruct past sea level stands, the team was able to determine that the vertical extent of these unique deposits corresponds with the amplitude of the fluctuating water table, said author USF geosciences Professor Bogdan Onac. That determination now is providing scientists with a way to precisely measure past sea levels. 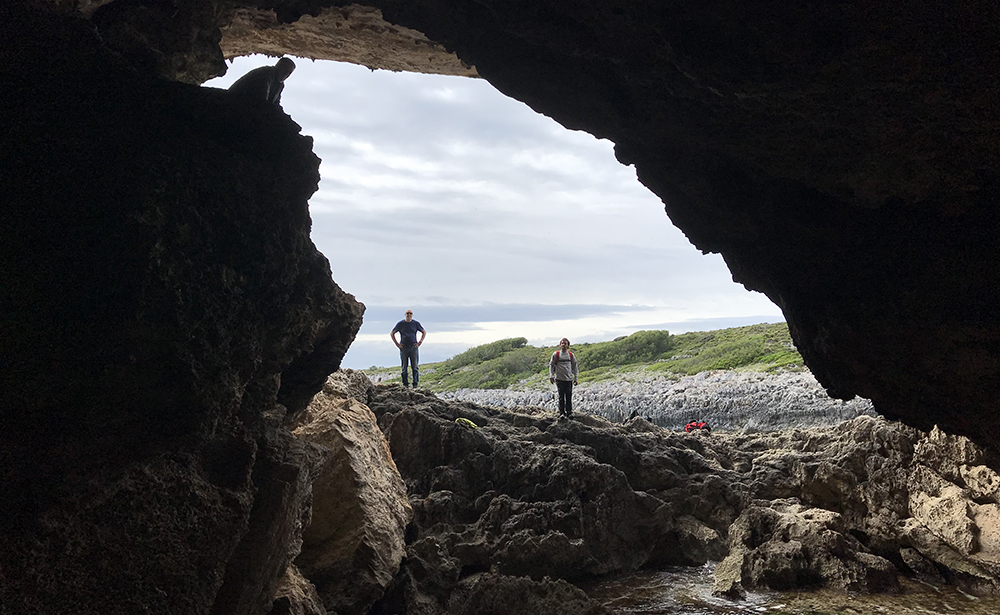 Research team members standing at the entrance of a cave in Mallorca.

Working with colleagues at the University of New Mexico, University of Balearic Islands and Columbia University, the researchers’ findings were published in “Scientific Reports.” In their project, the geosciences team documented the position and timing of sea level during key time intervals over the past 6.5 million years for which global mean sea-level estimates have been highly uncertain.

Their results contribute to the understanding of past warm periods to gain insight into the magnitude and frequency of sea level rise, which is critical for scientists’ ability to forecast and make recommendations on adapting to future global warming.

The team expanded upon their research previously published in “Nature,” by investigating samples between 800,000 and 6.5 million years old. Using deposits from several of the Mallorcan caves and applying numerical and statistical models to estimate the corrections for glacial isostatic adjustment and long‐term uplift, they translated the local sea level estimates into global mean sea level (GMSL).

Their results show that during key time events, such as Pliocene–Pleistocene Transition, when the Earth underwent a major transition from the warm climates of the Pliocene to the Pleistocene ice ages, the GMSL stood at 6.4 meters. During the beginning and the end of the Mid‐Pleistocene Transition the sea level was at −1.1 meter and 5 meters respectively. 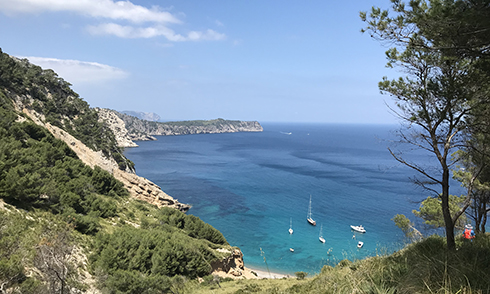 A view of the Mallorcan limestone coastline. 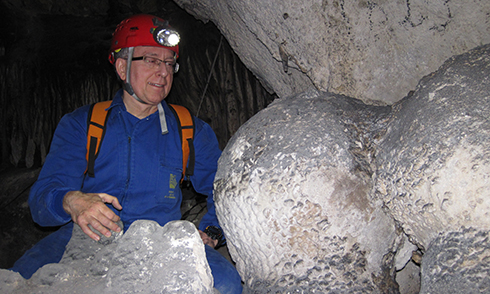 The authors also show that local sea level before and at the onset of the Messinian Salinity Crisis, a major geological event during which the Mediterranean Sea became partly to nearly dry of water, was at approximately 33 meters above present level. These estimates may offer starting points for assessing whether sea-level drawdown in the Western Mediterranean happened gradually or rapidly, the researchers said.

“Our estimates are important snapshots of sea level still stands, but additional sea level index points will be useful to yield more context for our results,” the team wrote in their journal article. “By providing direct estimates of sea level using POS as robust proxies, this work advances our understanding of sea level position during several past warm periods. These results therefore contribute to efforts of studying past warm periods to gain insight into the magnitude and frequency of sea level rise.”

This research is the result of a collaborative National Science Foundation (NSF) project between the University of South Florida and the University of New Mexico and part of the bilateral agreement between USF and Universitat de les Illes Balears and has been funded by NSF and the Spanish State Research Agency.