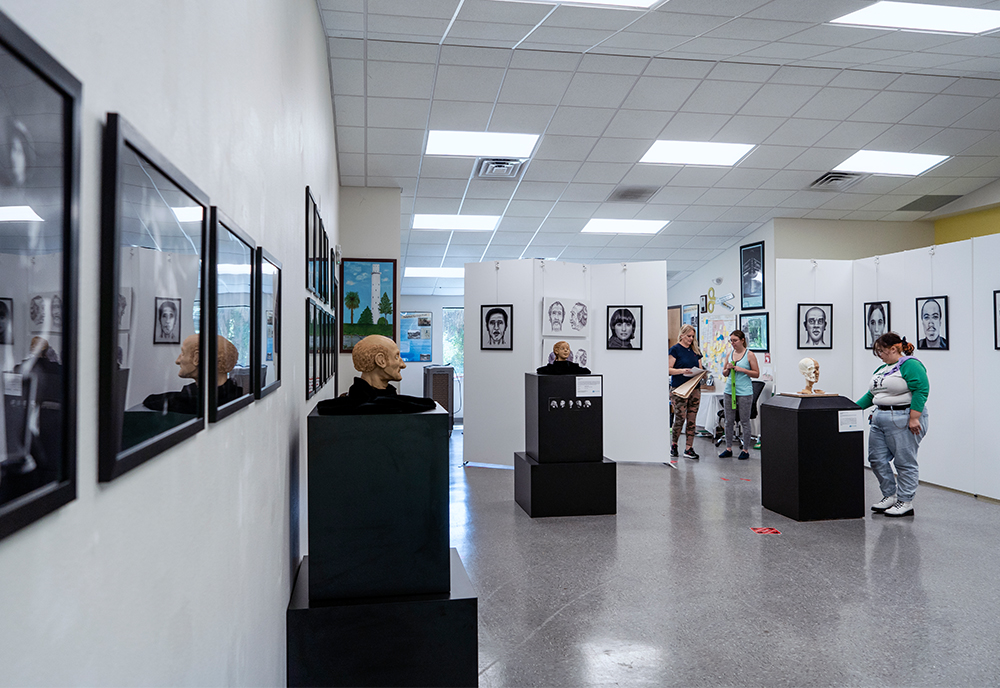 "The Art of Forensics" exhibit runs through Nov. 1 at Sulphur Springs Museum and Heritage Center.

Twenty individuals who’ve posthumously been nameless for decades will be in the public eye as part of an exhibition designed to identify them and solve their homicides. 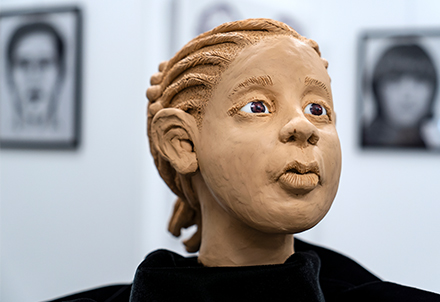 The cold cases will be featured in the “The Art of Forensics” exhibit at Sulphur Springs Museum & Heritage Center throughout October. It includes clay sculptures, digital composites, photographs and drawings of the victims, as well as a photographic series that portrays Tampa Bay professionals who contribute to cold case investigations. The exhibit was created by USF forensic anthropologist Erin Kimmerle, executive director of the Florida Institute for Forensic Anthropology and Applied Science (USF-IFAAS), along with USF graduate student and Tampa Bay Times journalist John Pendygraft.

“These individuals have remained unknown for decades. Their faces tell a story about who they were,” Kimmerle said. “When you look at the common patterns among victims, the marginalization of certain people and their vulnerabilities become clear. We hope it triggers the memories of those who knew them so that people come forward with new leads. The exhibit is about using art to engage the public, trigger memory and create empathy.” 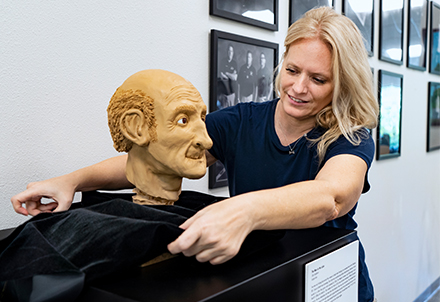 Kimmerle and her students exhumed three of the John Does from Rest Haven Memorial Park in Tampa last year with funding provided by the Florida Sheriff’s Association.

"The Hillsborough County Sheriff's Office is proud of the ongoing partnerships with USF-IFAAS and the Florida Sheriff's Association," said Sheriff Chad Chronister. "It is through the work we do together that hopefully we will bring closure to families that have been waiting far too long for answers."

Since its inception in 2015, “The Art of Forensics” has been an annual event that has helped solve nearly two dozen homicide cases and brought more than 140 cases up to current investigative standards. Each exhibit features new cases and innovative ways to use public art for social justice. Jane and John Doe graves were exhumed and boxes storing human remains were removed from storage for new scientific testing and analysis using forensic anthropology, chemical isotope, DNA and forensic art. Half of the cases featured in the current exhibit are from Hillsborough County, with the remainder representing central Florida, North Carolina and Pennsylvania. 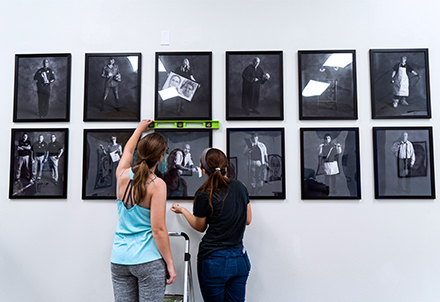 “This is a great opportunity for the public to see the work going on behind the scenes,” said USF doctoral student Gennifer Goad. “It takes a lot of collaboration and patience.”

Goad is researching chemical isotope analysis and hopes to become a forensic anthropologist. Her image is included in the new photo series created by Pendygraft, which portrays the various professions involved in working to solve unidentified missing persons cases and cold case homicides: forensic artists, anthropologists, medical examiners, DNA experts, crime scene and death investigators, homicide detectives, as well as prosecutors and judges. The photography series was created in the spirit of Irving Penn’s “Small Trades” exhibit in 1951, to provide an intimate view into the world of cold case investigations.