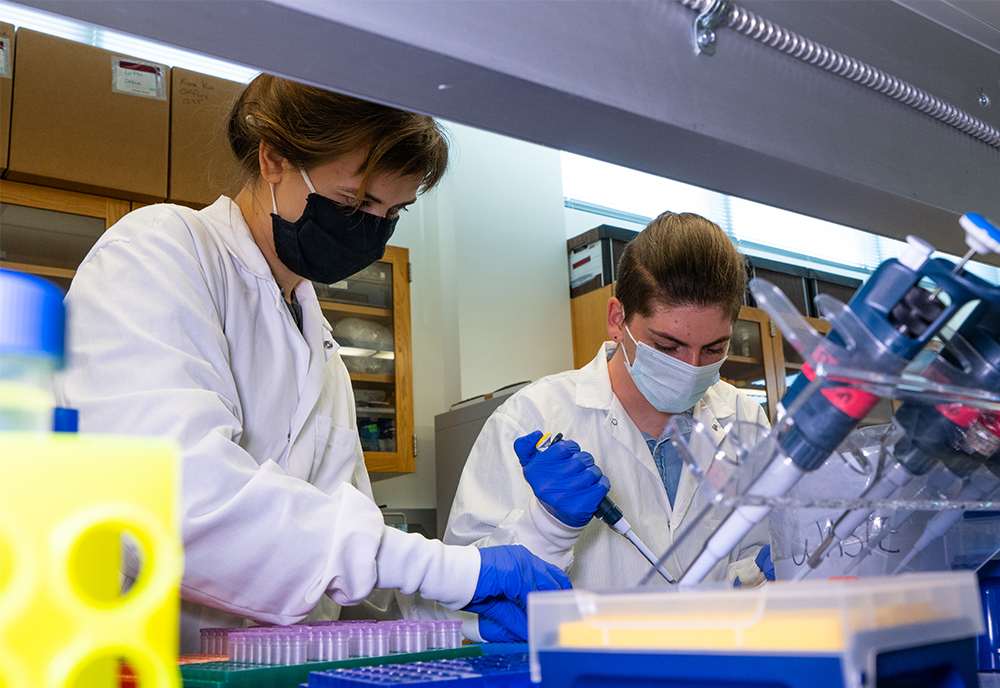 Researchers in the USF College of Public Health have launched a new study to determine the prevalence of COVID-19 variants in Tampa Bay. They’re conducting genomic sequencing of positive pooled samples collected from Tampa General Hospital and USF’s Tampa campus and comparing their makeup to the highly contagious variants that have originated in South Africa, the United Kingdom and Brazil, as well as other lesser-known mutations.

Tom Unnasch, distinguished USF Health professor of infectious disease, is looking specifically at the spike protein of SARS-coV-2, which is what allows the virus to invade our cells and cause infection. Vaccines target the spike protein to provide immunity. But as the spike protein mutates, vaccines become less effective. By identifying the presence of specific variants, pharmaceutical companies can make revisions and manufacture new vaccines. 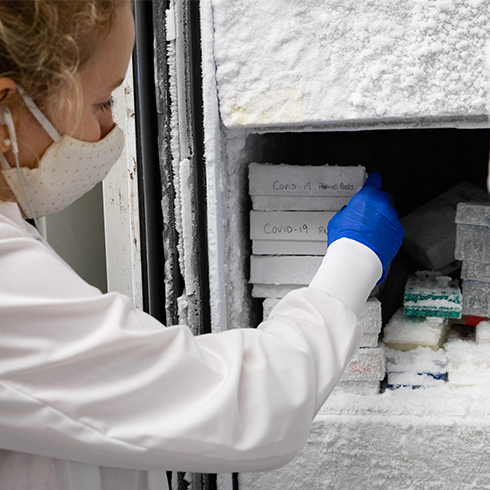 “I think we’re going to be playing a game of whack-a-mole with this thing for the next year or two, where new vaccines will constantly need to be developed,” Unnasch said. “It’ll be like a fast-forward version of what we do with the influenza vaccines each year. It’s likely COVID-19 will eventually mutate to the point of where it’s more like a cold rather than a life-threatening illness. It won’t go away fast, but it will be less of a problem than it is now.”

Unnasch and his graduate students are analyzing samples collected by Tampa General Hospital in spring 2020, prior to the arrival of variants, as a baseline for detecting potential trends. They’ll spend the next few weeks monitoring for variants at USF and regularly update leadership with their findings to help guide decision-making around university operations. Edwin Michael, professor of epidemiology, has been using his SEIRcast COVID-19 Forecasting and Planning portal to project how social behaviors and vaccinations are affecting the rate of new cases and their impact on hospitalizations. His team is developing an extension to the model that simulates how emergent variants could influence the course of the pandemic and expects to have results within the next few weeks. 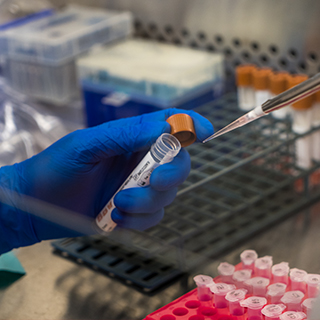 “Our current COVID-19 model attempts to estimate the likely impact of any new virus spread on the trajectory of this pandemic through changes in the overall transmission rate, and so far, we have not found any significant effects yet,” Michael said. “Genomic surveillance data from Professor Unnasch’s lab will be critical to more reliably model the spread of these variants.”

While the number of cases reported in Florida has dramatically slowed since the winter surge, experts are concerned about the growing presence of COVID-19 variants in Hillsborough County. Michael says with the continuation of social measures and administration of vaccines, his forecasts indicate the pandemic could end in Tampa Bay by mid-July yet mutate to resemble low incidences of the flu over the long-term.