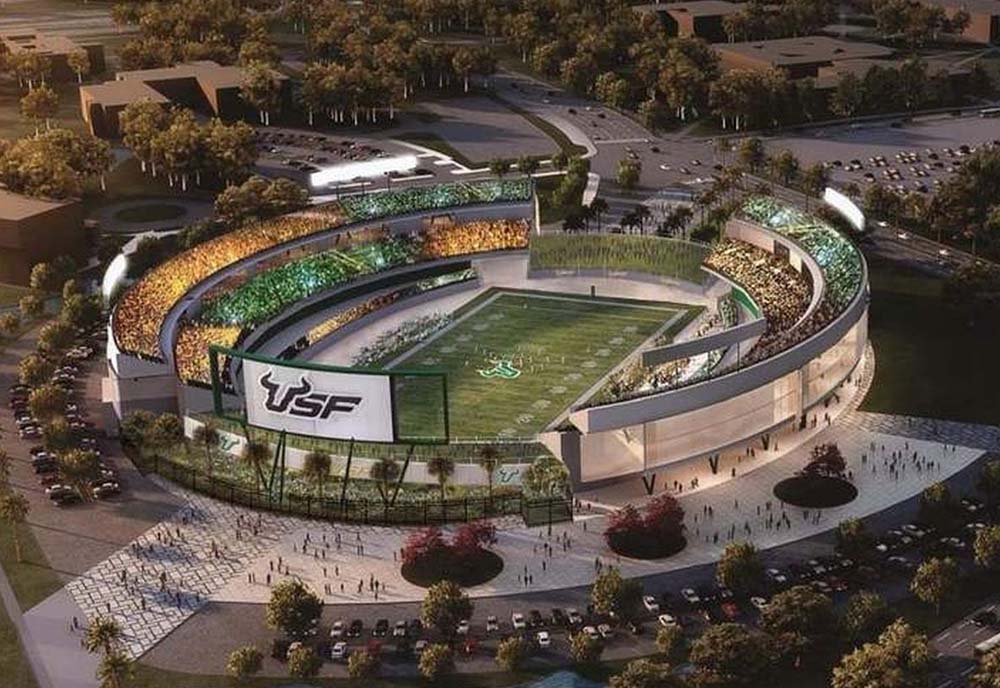 * Illustration for discussion purposes only – not actual rendering.

Leadership from the University of South Florida today provided the USF Board of Trustees with its first update on plans to build an on-campus football stadium since Chair Will Weatherford announced his vision for moving ahead with the transformational project in September.

Michael Kelly, vice president of Athletics, and Jay Stroman, senior vice president of Advancement & Alumni Affairs and CEO of the USF Foundation, briefed trustees on their efforts to create an actionable plan that brings the concept of a stadium to reality. 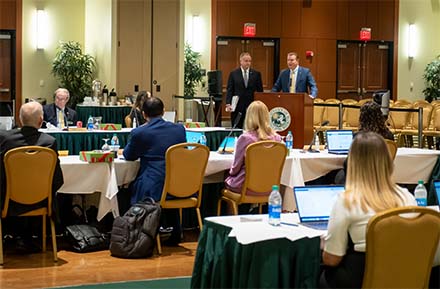 USF has formed a Campus Stadium Planning Committee, led by Kelly and Stroman, which will continue to meet regularly. Four subcommittees have also been formed, each with different responsibilities, including identifying the scope and budget for an on-campus stadium, building a revenue and financing model, creating a communications and marketing plan and coordinating related legal issues.

The subcommittees have been meeting bi-monthly and started conducting focus groups that consist of students, faculty, staff, alumni and community leaders – many of whom have expressed excitement for the project.

One of the committee’s initial steps has been to review and refresh the on-campus stadium feasibility study completed in 2018 to assess the scope, cost and location of a new facility.

Four of the sites were identified in the feasibility study, and a fifth is Sycamore Fields, which is currently used for intramural sports and sits in close proximity to the USF Athletics district.

As part of President Rhea Law’s annual goals, which were approved by the Board of Trustees, she has committed to make advancements on the project by June 30, 2022.

Weatherford said he’s been impressed by the activity thus far and highlighted why he believes the project will have an impact far beyond Athletics.

“The idea behind an on-campus stadium is bigger than football. Certainly, it will have an impact on the football program and building there. In all truth, the stadium is about building an on-campus experience. It’s about the students. It’s about giving the alumni another reason to come back and experience campus once again with their kids and grandkids and a central location to have incredible memories that are made and remind people why USF is so great,” Weatherford said.

Another important issue under discussion is when a new stadium will open. While there are a number of variables to consider, Kelly told trustees that the 2026 football season is a consideration, but the start of the 2027 season may be a more realistic timeline.

New York Times: A ‘Glitch’ in Federal Health Insurance May Soon Be Fixed