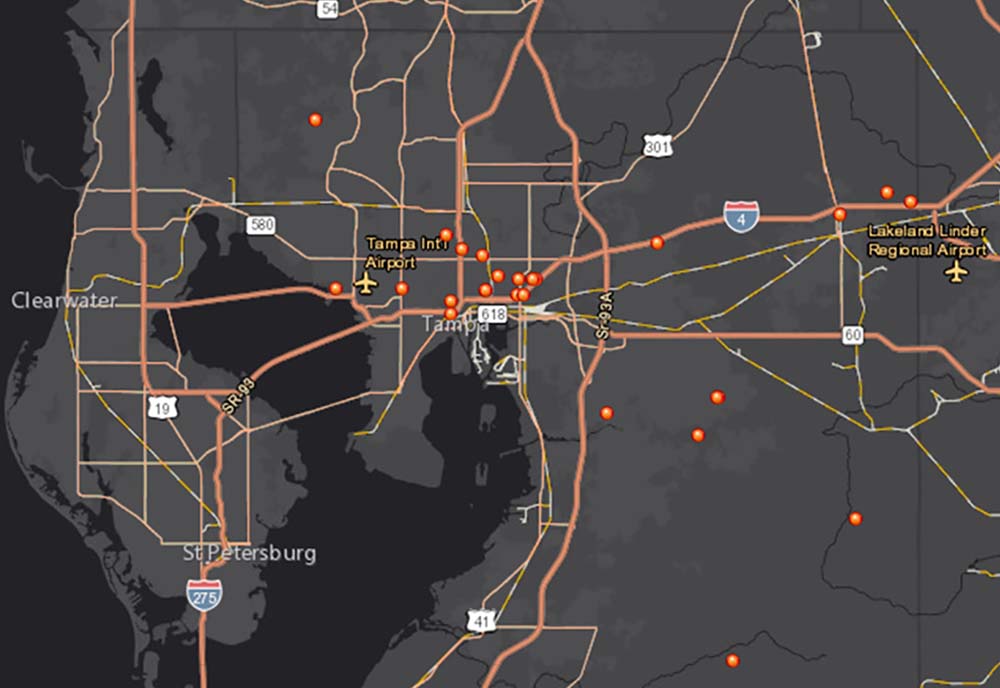 USF forensic anthropologists presented their findings of a two-year study commissioned by the Hillsborough County Board of County Commissioners to identify the locations of unmarked cemeteries on county property.

Erin Kimmerle, executive director of the Florida Institute of Forensic Anthropology & Applied Science at USF, told the Hillsborough County Board her team found 45 unmarked cemeteries and burial grounds, two of which are located on Hillsborough County property: the Lewis Family Cemetery in Lithia and the 1916 Platt Map Cemetery near Carney Memorial in Valrico.

The remainder of the sites are either owned by the Hillsborough County School Board, City of Tampa, Aviation Authority or are on private property or on property with ownership that hasn’t been reported. For many of those cemeteries, only the general vicinity is known. The cemeteries that are documented have significant border issues, meaning their boundaries may be under neighboring properties.

Among the 45 burial sites:

The USF research team used the same approach and methods as it does in forensic anthropology, combining historical research with GIS data available through the USF Libraries Digital Heritage and Humanities Collection (DHHC). Lori Collins, co-director of the DHHC, provided spatial analysis and is working to house the information for public use. 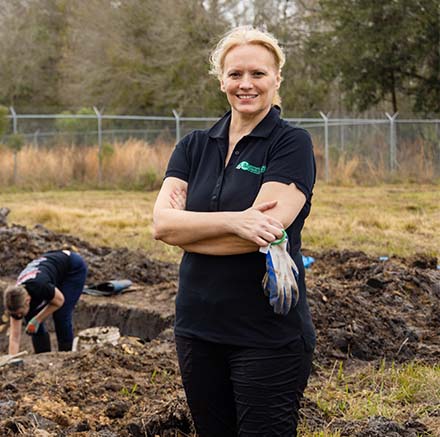 “Pauper and indigent burials were not usually marked at the time of burial and this practice continues today. So most, if not all cemeteries contain unmarked burials,” Kimmerle said. “For some, the passage of time explains the site’s history. But we must move away from the concept of neglected and abandoned cemeteries to recognize that others disappeared from the landscape through predatory land practices during the Jim Crow era that resulted in a significant loss of Black property holdings and targeted Black neighborhoods for demolition. As a result, many active cemeteries were forced into abandonment. The cemeteries do not appear on maps after that point and in some cases were removed from land titles.”

Kimmerle recommends Hillsborough County consider advancing the research through additional title searches and fieldwork for select sites, which includes field methods, 3D and light detection mapping and ground penetrating radar to corroborate the results and assess if burials are still present in these locations.

Nearly 50 percent of Florida’s 3,580 cemeteries are considered abandoned, and these figures do not include most unmarked burial grounds as they are largely undocumented. Kimmerle further suggests a working group be established to collaborate with other stakeholders to develop guidelines for future discoveries and make recommendations about site documentation and preservation.

The issue of unmarked burial grounds is not unique to Tampa Bay, and new discoveries continue to be made nationwide. Kimmerle’s team located and excavated the unmarked burial ground at the infamous Dozier Reform School for Boys in Marianna, Florida, to identify children who died in state custody and were buried in unmarked graves in order to return the remains to their families. More recently, they reconstructed the unmarked city cemetery in Philadelphia through a joint cold case initiative with the Philadelphia medical examiner, district attorney, city police, the Pennsylvania State Police and the Office of the Attorney General to exhume John and Jane Doe burials that have been open homicide cases dating to the 1970s.

Their work in Hillsborough County will be featured in a public exhibit created by Kimmerle’s students at the end of April in the Waterman Gallery located in the Department of Anthropology at USF. The exhibit is an important event to share information about their findings with the public and to make it accessible to everyone.