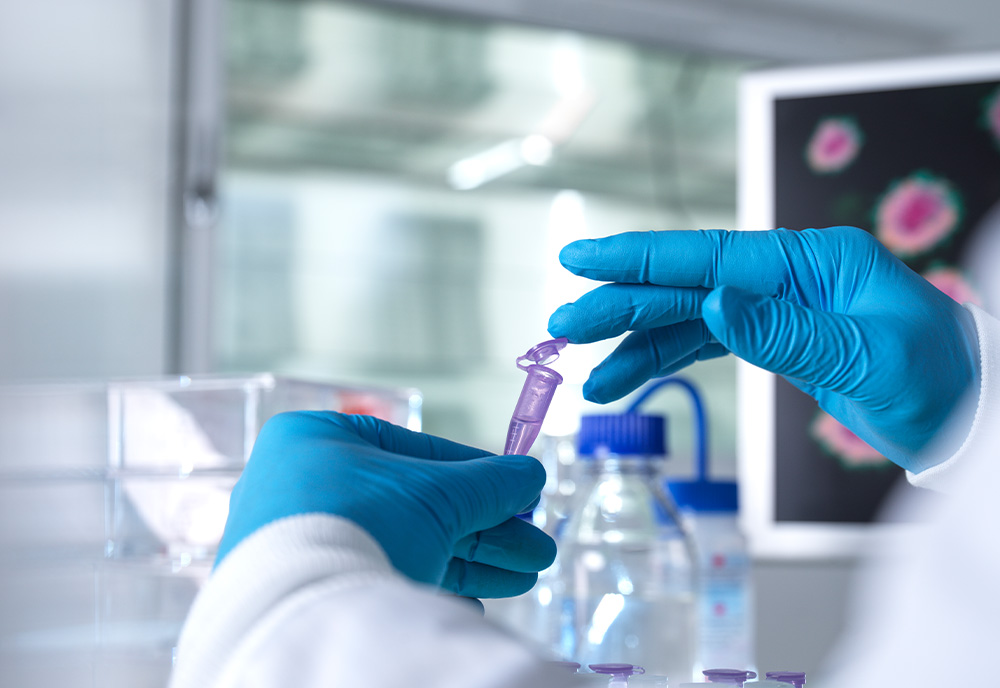 Researchers at the USF Health Morsani College of Medicine, located at the University of South Florida, successfully tested a protein that has the potential to aid in the development of a protein-based therapy for patients with ALS, a progressive nervous system disease, also known as Lou Gehrig’s disease, that affects nerve cells in the brain and spinal cord.

Published in eNeuro, the study examines the effects of apolipoprotein A1, a “good cholesterol” on endothelial cells, the lining in blood vessels that provides a barrier between the brain, spinal cord tissues and blood circulation.

In a petri dish under an environmental condition reminiscent of ALS, the team found that the protein activates a unique pathway inside cells that increases survival and protects endothelial cells from toxic substances in the blood. This pathway can enhance the survival of cells and prevent further vascular damage by ALS.

“With a functional barrier, the hope is that the environment in the central nervous system will become less toxic and disease progression can be slowed,” said Svitlana Garbuzova-Davis,  professor at the Department of Neurosurgery and Brain Repair and lead investigator.

“It’s a little early to predict what the ultimate effect is for patients,” Willing said. “In this study, we used a cell culture model where we can control all aspects of what the cells are exposed to. It is not possible to have the same degree of control in people.”

Garbuzova-Davis says this study laid the groundwork for additional research with animal models of ALS to fully determine the therapeutic effects of the protein. Upon successful results, apolipoprotein A1 may be considered for clinical trials, where it would be evaluated for safety and efficacy in ALS patients.

In the near future, apolipoprotein A1 may be considered a potential novel therapeutic for endothelial cell repair, restoring the central nervous system barrier in ALS patients. It may also help alleviate ALS symptoms, such as imbalanced antioxidant levels and inflammation.