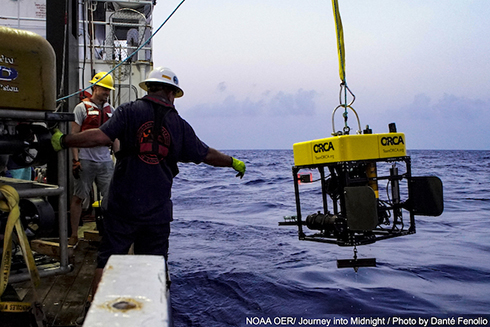 Sleep comes at a premium on a research cruise – you take it when you can get it – but some things are worth waking up for. When USF St. Petersburg Marine Biology Professor Heather Judkins was awoken last week aboard the Research Vessel Point Sur to news that her colleagues had possibly caught a giant squid on camera, Judkins was up faster than you can say the scientific name Architeuthis. 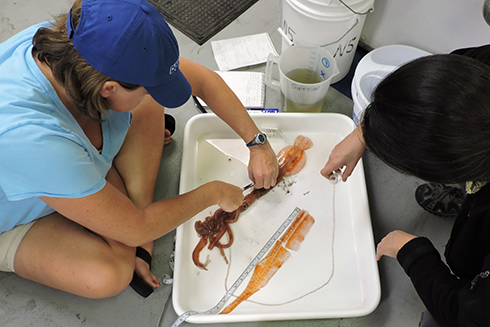