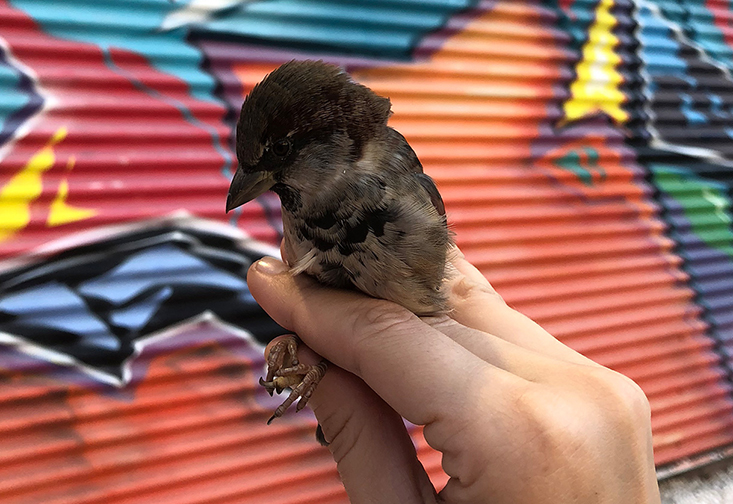 We’re in the midst of summertime mosquito bite season and cities across the country are reporting a heightened number of West Nile Virus (WNV) cases. The house sparrow is one of the most common carriers of WNV in urban areas. Mosquitos feed off the infected birds and spread the virus to humans. New research finds house sparrows exposed to artificial light at night, such as what’s used in parking lots, maintain higher burdens of WNV for longer than those who spend their nights in the dark.

The study published in Proceedings of the Royal Society B concludes infected house sparrows living in light polluted conditions remain infectious for two days longer than those who do not, enhancing their host competence, or propensity to generate infection in other hosts or vectors. In turn, mathematical models show this likely increases the potential for a WNV outbreak by about 41 percent.

“The findings may be the first indication that light pollution can affect the spread of zoonotic diseases,” said lead author Meredith Kernbach, PhD student in the University of South Florida College of Public Health. “Many hosts and vectors use light cues to coordinate daily and seasonal rhythms, which is among the most reliable environmental cues, and disruption of these rhythms by light exposure at night could affect immune responses, generating the effects we see here.”

Researchers studied 45 house sparrows, exposing half to artificial light at night. Following 7-25 days in captivity, the team exposed the birds to WNV and took blood samples 2, 4, 6, and 10 days post-exposure. Researchers found all birds were infected within 2-4 days, however after that, birds exposed to light at night maintained transmissible burdens of WNV.

Kernbach says they picked the little brown birds since they live in close proximity to humans in urban areas, play host to a number of parasites and diseases, and are frequent carriers of WNV. While birds exposed to light pollution remain infected for a longer period of time, this did not increase mortality rates.

These results follow a previous study led by the University of South Florida that found zebra finches that have the avian stress hormone corticosterone (CORT) are more susceptible to mosquito bites. Such stress is known to be caused by a number of factors such as road noise, pesticides and light pollution. Researchers suggest new lighting technologies be created that are detectable to humans, but not for wildlife.