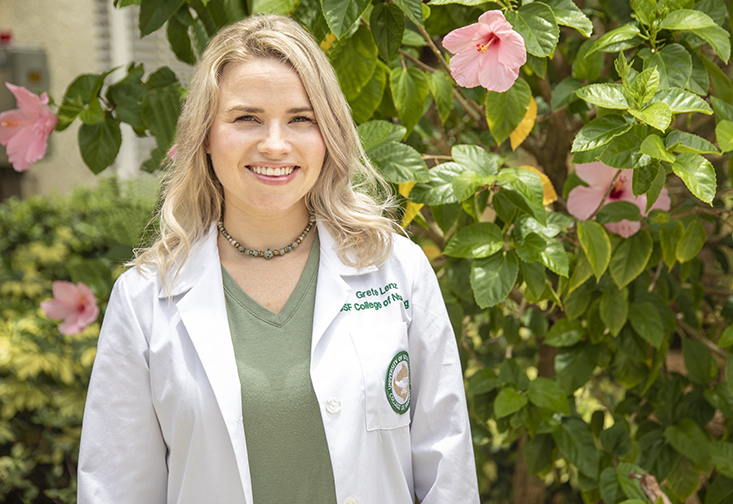 University of South Florida nursing student and United States Air Force veteran Grete Lenz is part of an elite group from around the country selected this week as 2019 Tillman Scholars.

She is the only student from a Florida university in this year’s Tillman class of 60 U.S. service members, veterans and military spouses.

Lenz is currently pursuing a master’s degree in nurse anesthesia from USF after serving in the Air Force for seven years as a commissioned officer and a nurse, including one deployment to Niger.  Lenz’s decision to join was influenced by her grandfather’s service in the Air Force and her desire to make a difference after witnessing the events of September 11, 2001.

She expects to graduate from USF in December and plans to pursue a career working at a Veterans Affairs hospital to help ensure military veterans receive quality care. 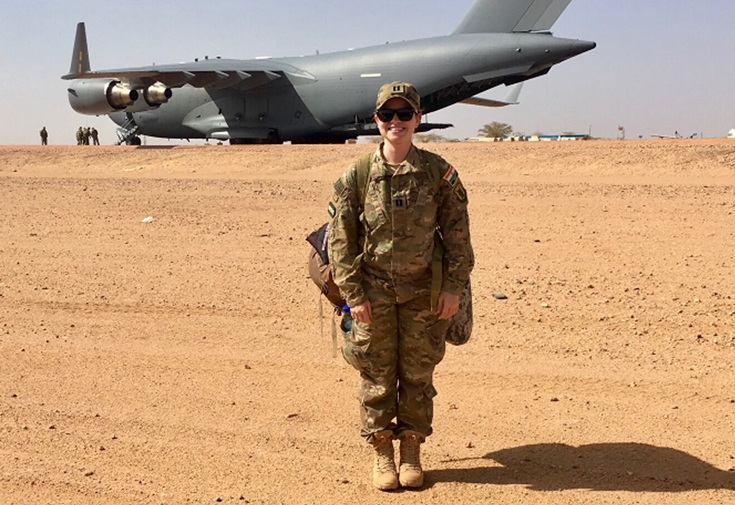 “I couldn’t be more proud to accept the honor of becoming a Tillman Scholar and join such a distinguished group of recipients,” Lenz said. “I really want to continue to make a difference in the lives of other veterans, and this award will help me achieve my goals.”

The Pat Tillman Foundation invests more than $1.2 million in this year’s class of scholars, who are selected in recognition of their service, leadership and potential.  The funding awards help students pursue higher education and continue their service in the fields of healthcare, business, law, public service, STEM, education and the humanities.

“Tillman Scholars are uniquely positioned to make an impact with effects that will ripple across communities and around the world,” Marie Tillman, board chair and co-founder of the Pat Tillman Foundation, said in a news release revealing the scholars. “We are proud and excited to announce the 2019 class, and are looking forward to seeing how this incredible group of people makes their mark in the years to come.”

Since the first class of Tillman Scholars in 2009, 18 USF students have received the award, and only four schools have had more recipients.

“Grete is a very high-character individual, an outstanding student and a person with a strong commitment to service,” said Larry Braue, director of the USF Office of Veteran Success.  “Her aspirations to help others through a career in nursing reflects why she is a great choice to represent the University of South Florida and the Tillman Foundation.”

USF is consistently recognized as one of the most veteran-friendly schools in the United States.  Military Times magazine has placed USF in the top two nationally for four consecutive years in its “Best for Vets” college rankings.