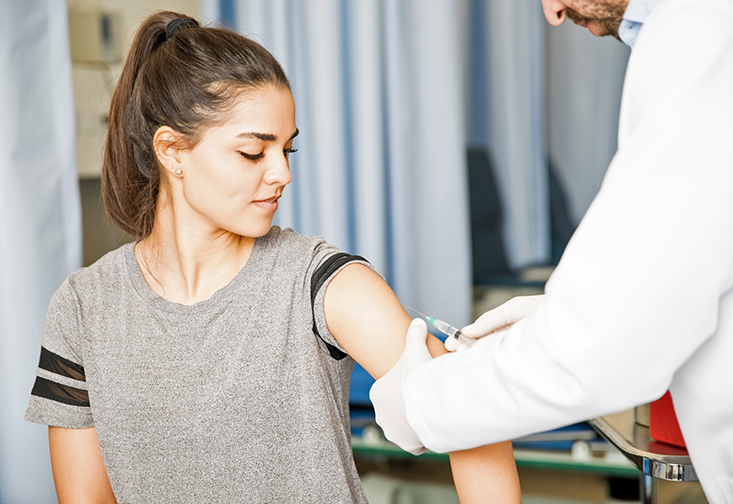 It’s been more than a decade since a vaccine was introduced to prevent contraction of human papillomavirus (HPV), the most common sexually transmitted disease in the U.S. The Centers for Disease Control and Prevention (CDC) recommends patients start receiving the vaccine between ages 11 and 12, with catch-up vaccination recommended for certain groups through age 26.  However, a new study conducted at the University of South Florida (USF) found many female college students have not been inoculated and religion may be a contributing factor.

The study published in the Journal of Religion and Health found 25 percent of female students surveyed between 18 and 26 years old had not been vaccinated for HPV, and sexual activity was the main factor related to vaccination. Of those unvaccinated students, 70 percent identified with a particular religious faith. A common religious belief is abstinence until marriage. Accordingly, some parents oppose vaccinating their children against HPV because they are not sexually active and believe it’s not necessary. Others feel vaccinating children could promote sexual activity, although studies show this belief has declined in recent years. Despite their religious identification, majority of the students surveyed say they’re sexually active.

“The whole point of the vaccine is to protect people against high risk types of HPV before exposure – so ideally before they’re sexually active,” said lead author Alicia Best, PhD, assistant professor in the USF College of Public Health. “College is often a time of sexual exploration and autonomous decision-making. So, while a student’s parents may have previously opposed the HPV vaccine for religious or other reasons, these students may decide vaccination is right for them now. Therefore, college students are a key group that must be educated on the importance of HPV vaccination.”

Other HPV preventative measures include condom usage and dental dams. HPV can be asymptomatic, allowing it to be unknowingly transmitted through sexual contact. While there is currently no cure for HPV, the virus is usually harmless and goes away by itself; but certain types of HPV can cause genital warts and cancer. The CDC recommends women begin getting Pap smears at age 21, which can detect cancer and other abnormalities. Women may also ask their doctor about HPV testing.

WUSF News: Rhea Law ‘Can’t Say No’ To The Chance Of Serving As USF’s Interim President

Chronicle of Higher Education: Is Your Degree Program Too Complicated?

Forbes: What Entrepreneurs Can Learn From Academia - How To Engineer Your Team