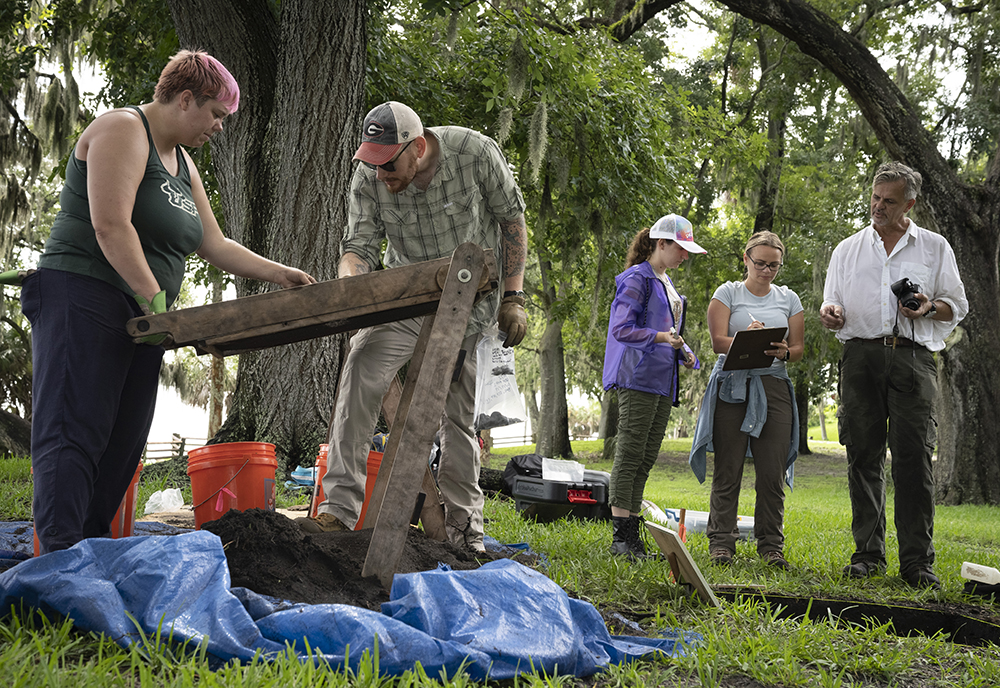 University of South Florida archaeologists are digging into one of Florida’s oldest native landmarks in hopes of unearthing insightful clues about the Tocobaga native people in Safety Harbor.

The last excavation was over 75 years ago during a time when archaeologists were not as careful to preserve the site or piece together the fragments to provide a stronger understanding of the Tocobaga chiefdom period. At that time, they only went back 500 years but now, the USF team is aiming to uncover as much as 1500 years into the past.

“Archaeology has progressed a lot,” Tom Pluckhahn, Ph.D, professor of anthropology, said. “But the knowledge of this site has not advanced very much.” 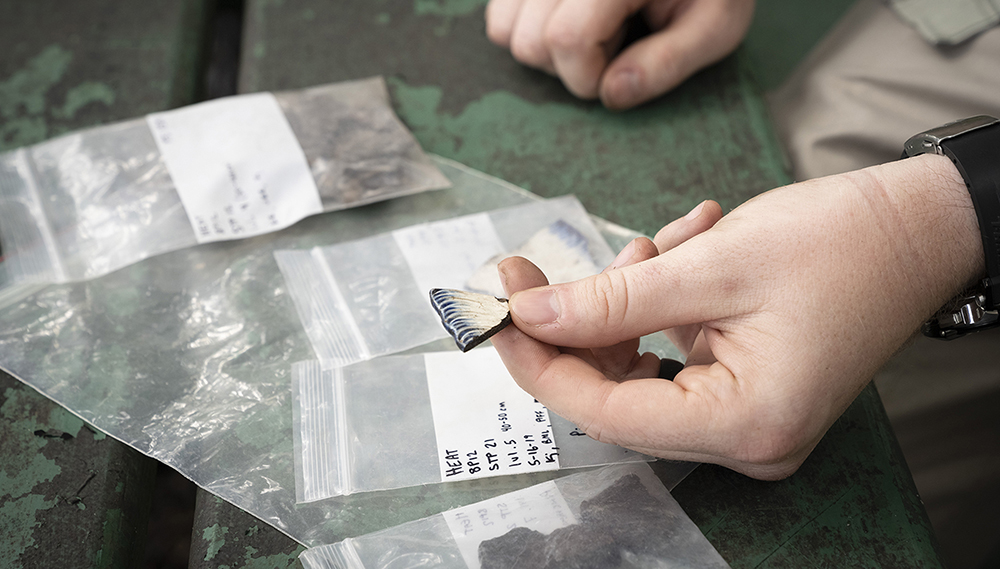 Pluckhahn and his research team of 16 undergraduate students are methodically excavating small areas using GPS mapping, ground-penetrating radar technologies and targeted digging. So far, the team has recovered fish shells thought to be remnants of food, shards of pottery, arrow points and various pieces of human-made objects such as structural nails and machinery hooks.

With grants from the National Science Foundation and USF’s Research and Innovation Creative Scholarship, these artifacts allow researchers to determine the animals and plants that made up the Tocobaga’s diet and how ecological changes impacted resources and behavior.

For the team of students who’ve been able to work at the site four days a week during their summer semester, it’s an opportunity to learn archaeology in a classical way while also giving them valuable field experience. They are building muscle memory in the craft of digging and have learned to easily identify an artifact apart from the dirt, which is required in professional archaeological work.

“Archaeology is fantastic because we can look at the past and see how past peoples dealt with very similar types of environmental change,” said Kendal Jackson, graduate student and teaching assistant.

Alex Fawbush, senior anthropology student and Navy veteran, is an aspiring archaeologist taking the class. “It’s really opened my eyes, it’s really exciting,” Fawbush said referring to a small piece of pottery he found, “Being out here makes me feel like a kid again.

The discoveries confirm the layout of a town center where villagers lived just next to the historical Tocobaga Temple Mound in Philippe Park, which is named after Odet Philippe, a plantation owner who is credited with introducing cigar making and citrus to Tampa Bay.

The excavated pieces are carefully being archived by students and will be taken to a USF research lab to be dated using radio-carbon testing. It’s the first time artifacts from this site will be dated scientifically. In addition, the oyster shells found will sent to be tested for oxygen isotope levels at the University of Georgia to learn about the paleo-climate of the time period. The artifacts will be returned to Pinellas County to preserve after all research is completed.