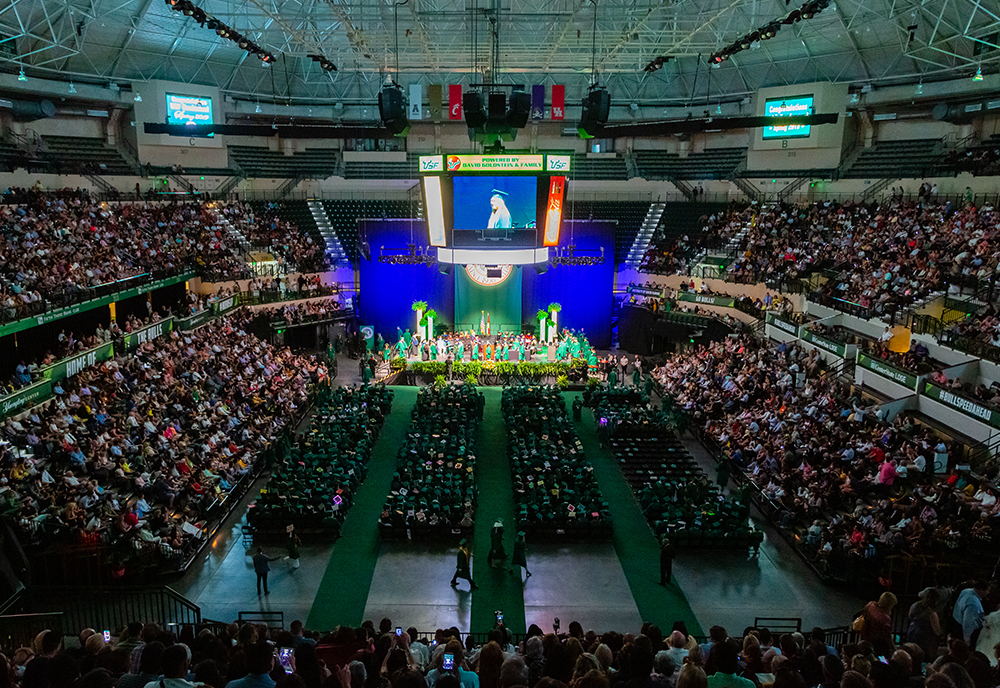 USF to Confer More Than 5,000 Degrees in Fall Commencement

Thirty-six USF students have been identified as King O’Neal Scholars, earning a cumulative grade point average of 4.0.  The graduates represent 48 states, 98 nations and include 248 student veterans. 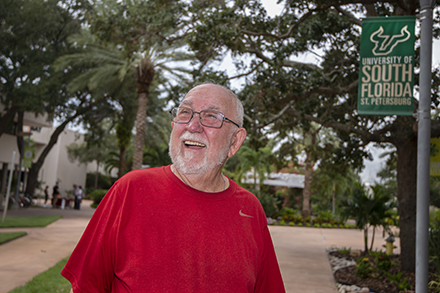 When Way Bandy first enrolled in college, the Soviet Union just launched Sputnik 1 and “American Bandstand” made its debut on television. Bandy dropped out to get married and raise three kids. He returned intermittently over the years but never finished. The last college course he took was in 1978, the same year “Grease” was a box office smash. Bandy is now 81 and retired. Before he left college, he made a promise to his parents and himself that he would return one day and earn his degree. Bandy re-enrolled at USF this fall semester. Though the coursework and adjustment back into the classroom have been challenging, Bandy is on track to complete his final course and finally fulfill the promise he made to his parents and himself. And at Commencement this December, Bandy intends to walk that final stretch and grab a diploma more than 50 years in the making. 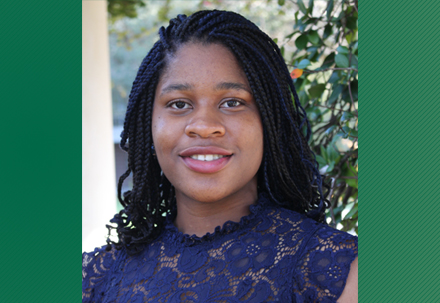 Odinaka Okeke says she would not be the person she is today if not for the opportunities and resources USF provided her to excel as an individual. Born and raised in Nigeria, Odinaka will be the second person in her family to graduate as a Bull. Growing up, Odinaka’s family encouraged her and her siblings to be need-oriented, hence, she always thinks about ways to use her knowledge to impact the lives of others. So, when she began her studies, she set her sights on Electrical Engineering to gain skills to help improve Nigeria’s power system. Her desire to give back to the community enabled her to take roles, such as being an on-campus Resident Assistant and USF Engineering Expo Director, to help others navigate through their academic careers. Her personality also opened academic doors – leading her to a summer research experience working on solar cell efficiency. Now, Odinaka prepares to graduate as the Outstanding Electrical Engineering Senior for Fall 2019 and has plans to pursue a PhD in the same field. 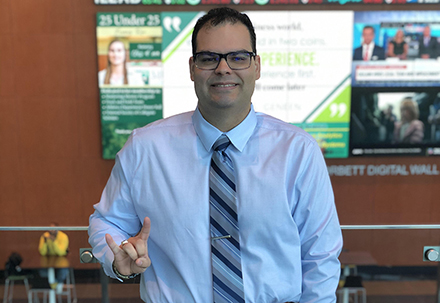 When Gabriel Rodriguez began his journey toward a master’s degree in finance, the Lutz, FL native and USF graduate knew he wanted to make a personal transformation at the same time. So, as Gabe buckled down in his classes and research, he also focused on bettering himself. Now, he’s graduating with a perfect 4.0 GPA and has lost more than 130 pounds (and counting). He says USF has not only been a place to learn and study but that it’s helped him find his passion. Through USF’s Muma College of Business, Gabe has mentored many students, both personally and professionally, been involved in the Bulls Business Community and was part of the team that won the recent Raymond James Challenge. Each, he says, have been experiences that have shaped him into the person he is today. In the future, Gabe hopes to run his own small investment firm and eventually get his PhD. in finance to retire as a professor. 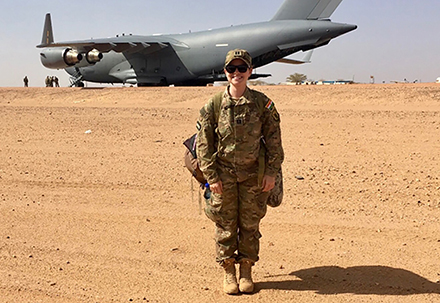 A 2019 Tillman scholar and United States Air Force veteran, Grete Cole will graduate with a master’s in nurse anesthesia. She was the only student from a Florida university in this year’s Tillman class of 60 U.S. service members, veterans and military spouses. Grete served in the Air Force for seven years as a commissioned officer and a nurse, including one deployment to Niger. She plans to pursue a career working at a Veterans Affairs hospital to help ensure military veterans receive quality care. 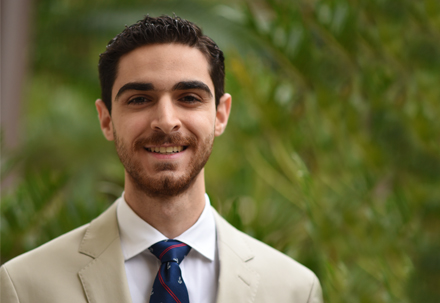 Bashar Roumia was 17 when his family fled their homeland of Syria to escape violence plaguing the country. The morning Bashar left, his father pulled him aside and urged him to follow his dream to become a doctor as his grandfather and uncles had done. Those words inspired Bashar, and now he takes a big step in fulfilling that dream. He will receive a bachelor’s degree in biology. Not only that, Bashar will graduate with a 4.0 Grade Point Average and as USF Sarasota-Manatee’s Outstanding Graduate. There are more chapters left to write in this young man’s journey. In the spring he’ll apply to medical school, including USF’s Morsani College of Medicine. Wherever he ends up, I imagine his family is already proud of him. Just as we are proud to call him a USF Bull. Keep moving forward Bashar and I know that someday you will become known as Bashar Roumia, M.D. 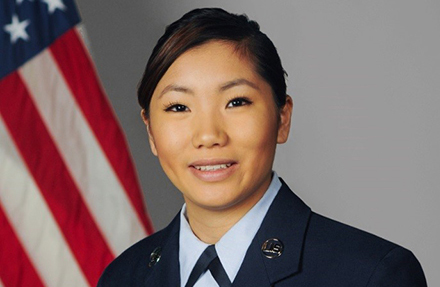 At just 17 years old, Marianna O’Brien joined the Air National Guard. She describes that decision as something “she needed to do” and says it’s one of the best decisions she’s ever made. As a medic, Marianna discovered a love for healthcare. It’s a passion that led her to USF’s Veteran to Bachelor of Science in Nursing Program – the only nursing program she applied to. Marianna admits that only applying to one school was probably not the best idea – but after visiting USF, she says she would not have wanted to attend anywhere else. She found something to be a part of here; a community of like-minded students all working toward similar goals. She says the support and guidance from the program’s faculty and administrators has helped her excel as a nurse and helped her become the very first recipient of the prestigious Reserve Officer’s Association’s Eileen Bonner Scholarship for Medical Excellence. After graduation, Marianna hopes to continue her military service as a commissioned Air Force Officer. She also has her sights set on a master’s degree in nursing education.

- 1:30 p.m. ceremony includes bachelor’s degree recipients from the Colleges of Behavioral and Community Sciences, Education, Engineering, The Arts, Office of Undergraduate Studies and the Muma College of Business.

- 6 p.m. ceremony for master’s, specialist and doctoral degree recipients from all colleges. Michael D. Kogan will receive an honorary doctorate of public health.

- 5 p.m. ceremony includes all degree recipients from the College of Arts and Sciences.

Graduates, friends and family attending the ceremonies are encouraged to use #USFgrad on social media posts. More information is available at usf.edu/commencement.