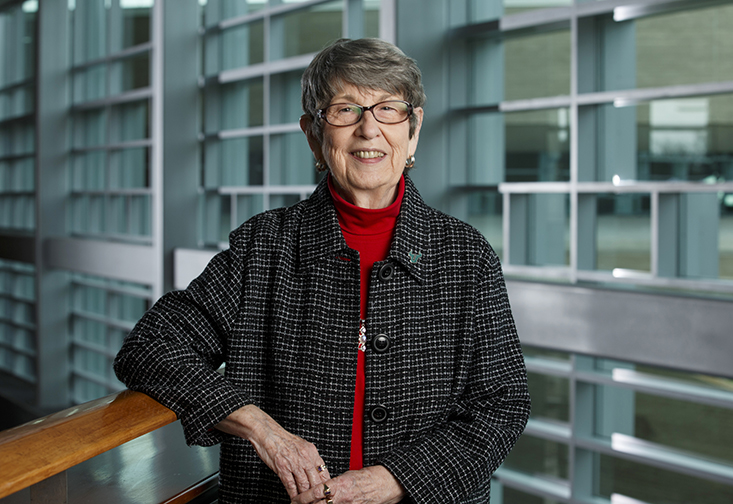 The University of South Florida announced the USF Foundation has received a $5 million gift from alumna and longtime donor, Lynn Pippenger. This generous gift will create an endowed deanship in the Muma College of Business, which will support the dean’s strategic direction for the college.

“We are extremely grateful to Lynn for her generosity and continued support of the University of South Florida,” USF President Steven Currall said.  "By creating this endowment, she will generate new opportunities for USF students and faculty for generations to come and enhance the impact of the Muma College of Business on the broader Tampa Bay region's business community."

The earnings from the endowment will support the academic activities of the college’s dean, including faculty support and salaries, graduate fellowships and assistantships, faculty research awards, professional development support, conferences, publications, visiting lectures, speaker series, and other academic, research and public service programs that promote the core mission of the college.

“I am honored to be the first holder of this deanship,” Moez Limayem said. “This generous gift will allow us to invest in our strategic priorities, particularly those related to student success and community engagement.  Equally important is the fact that this will ensure that, for many years in the future, USF will be able to recruit forward-thinking, quality-focused candidates when it comes time to hire a new dean.”

“It is an absolute joy to see this level of support for USF,” USF Foundation CEO Jay Stroman said. “We are deeply grateful to Ms. Pippenger and thank her for this transformational gift that will bolster Dean Limayem’s efforts to enhance the Muma College of Business for our current students and the generations yet to arrive.”

Pippenger is a long-time champion of business education, providing support for student scholarships, programs to prepare students for credentials such as the CPA and facility enhancements.

“I am so proud to see an endowed deanship become a reality in the Muma College of Business, and I can’t think of a better name to attach to it. Lynn’s longstanding commitment to USF is an inspiration to us all and I look forward to seeing how this will further strengthen the college’s resolve to develop world-class business leaders,” said Les Muma, whose 2014 gift named the college.

The Muma College of Business holds the No. 11 national ranking for its graduate program in entrepreneurship by The Princeton Review, as well as a top 25 ranking for its undergraduate information system specialty by Bloomberg Businessweek. The gift to create the Lynn Pippenger Endowed Deanship not only fortifies the leadership in the college, it provides the resources needed to take academic programs across multiple disciplines to the next level.

“Dean Limayem has ambitious goals for the future of the Muma College of Business and through the years I have watched as he surpassed each milestone he set,” Pippenger said. “His leadership is a critical part of the college’s path forward and the best investment I can make in its future is to name the deanship and ensure we always have an accomplished, forward-thinking and dynamic leader.”

In 1969, Pippenger began working at Raymond James. She was hired as a payroll clerk in the then-unknown brokerage firm. Pippenger says that job quickly evolved to become a "whatever comes my way" job, and she worked alongside Bob and Tom James to help build the company. She served as chief financial officer and treasurer of the firm, while handling numerous special projects as the company grew. She created the firm's human resources department and launched an internal educational program now known as "Raymond James University." Eventually, she helped file the paperwork to take the company public before retiring in 2012.