A closeup photograph of the LED wall

The University of South Florida today announced a gift from Diamond View Studios and Vū Technologies to the College of Arts and Sciences to support virtual production education and training in the Zimmerman School of Advertising & Mass Communications.

The gift, made through the USF Foundation, includes an in-kind contribution of state-of-the-art virtual production technology and camera equipment valued at approximately $500,000. This will outfit the current production studio in the Communication and Information Sciences Building on USF’s Tampa campus with a 40-foot LED wall for virtual production, named Vū Studio in honor of the donor. 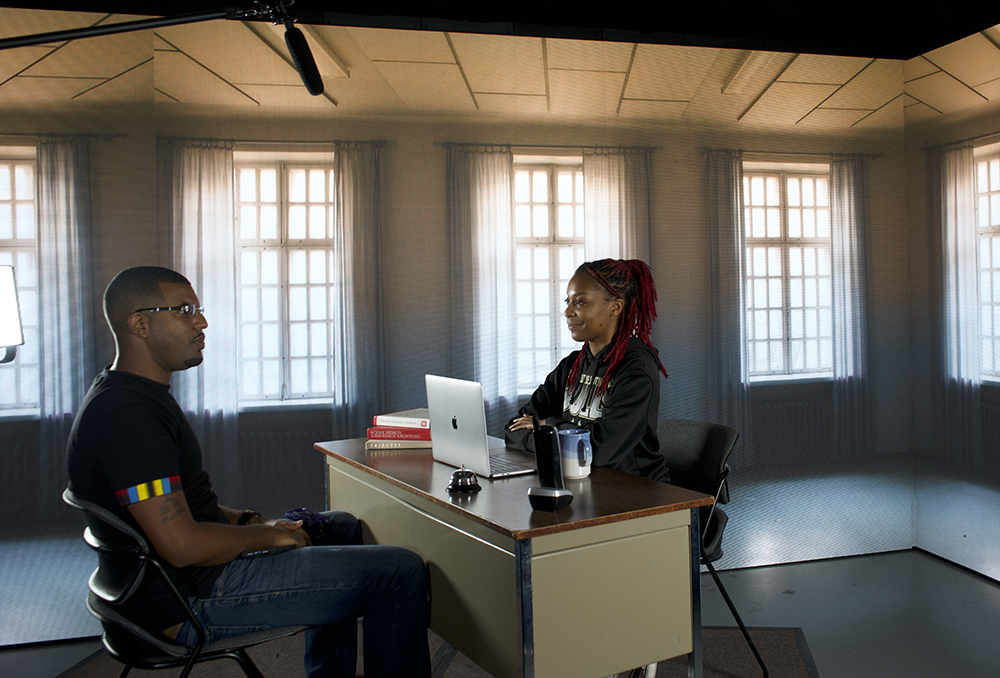 “This generous gift from Diamond View Studios has given new life to our video production programs, allowing our students to gain hands-on experience with cutting-edge technology and graduate with the skills needed to contribute immediately to this field,” USF President Rhea Law said. “We are grateful for Diamond View’s vision and support.”

In addition to the gift-in-kind, Diamond View has also made a $39,000 cash gift to support a faculty fellow in the Zimmerman School of Advertising & Mass Communications. Ryan Watson, a full-time instructor in the program, has been named the inaugural Diamond View Teaching Fellow and will play a pivotal role in designing the curriculum around the new equipment and technology.

“This gift and our affiliation with Diamond View will help develop a talent pipeline of graduates with the expertise and skills needed to support the growing multimedia production community in Tampa," said Zimmerman School Director Kathy Fitzpatrick. 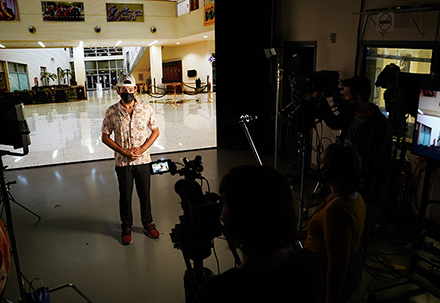 Diamond View’s sister company, Vū Technologies, has quickly grown to become North America’s largest provider of LED volumes for virtual production, which replaces the need for filming on location or the use of green screen by using photorealistic virtual environments on large LED domes. This new technology has rapidly gained popularity during the pandemic as it cuts down on the need for travel and allows for a more controlled shooting environment.

Since building its first virtual production studio in Tampa, a 35,000-square-foot, state-of-the-art virtual production campus along Fowler Avenue near the USF Tampa campus, the company has attracted clients ranging from Mercedes Benz to Disney, Apple and many more.

Diamond View CEO and co-founder of Vū Tim Moore said that having a virtual studio on campus will provide students a unique opportunity to be the leading workforce in a new high-demand industry that is set to become the standard for how films and videos of the future will be made.

“Virtual production is a major paradigm shift in the video industry that will create millions of new technology jobs over the next several years. With more than 60,000 studios worldwide on the brink of this new digital transition, Vū is committed to building the workforce of the future by donating $5 million to state universities and colleges over the next three years to build virtual production training programs,” Moore said.

With Tampa and West Central Florida working to become a hub for virtual production globally, this gift will allow the university to rapidly train and credential students in this emerging style of production.