Florida has experienced a relatively mild winter, which typically translates to more mosquitoes in the summer and more birds on which they can feast. If history repeats itself, it’s likely there will be an uptick in West Nile virus cases this year, especially in the outer fringes of the suburbs where much of the nighttime illumination emanates from the skyglow of nearby cities. 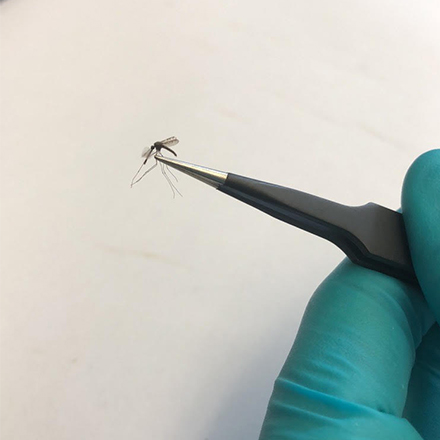 A new study from the University of South Florida (USF) is the first to provide direct evidence that light pollution is driving infectious disease patterns in nature. The research team previously determined mosquitoes and birds are attracted to light, greatly enhancing the likelihood that they’ll spread West Nile virus to animals and humans. Their new findings published in the “Proceedings of the Royal Society B” are in contrast to previous studies that have blamed urbanization due to its human population density and breeding hotspots, such as drainage systems.

“We knew that light pollution could affect host immune defenses and behavior,” said lead author Meredith Kernbach, doctoral student in the USF College of Public Health. “But what we didn’t know until now is that light pollution can significantly affect when and where West Nile virus emerges in nature.”

The research team, which includes collaborators from the University of Georgia and California Polytechnic State University, modeled West Nile virus exposure data from the Florida Department of Health. They studied 6,468 antibody samples from sentinel chickens collected between the months of June and December over four years in 105 coop locations throughout the state. Researchers found most cases of West Nile virus were present in chickens exposed to low levels of light compared to those surrounded by unpolluted and intensely light-polluted areas.

“We think that we got a peak at low levels of light because of the many ways that light pollution is probably driving risk of infection,” said Marty Martin, professor of disease ecology in the USF Center for Global Health and Infectious Disease Research. “Based on prior work, we know that light pollution affects bird immune responses to West Nile virus, but there’s probably an effect, too, on mosquito abundance, as most insects are attracted to light. Even birds might be attracted to light-polluted sites, as food could be more plentiful or obvious there. Maybe all of these forces coming together is what elevates risk in modestly light-polluted sites.”

“This study adds to a growing body of literature documenting the many ways in which artificial light at night can influence the health of birds and other wildlife,” said study co-author Richard Hall, assistant professor of ecology and infectious diseases at the University of Georgia. “Bright lights at night in urban centers are known to disorient birds on migration, leading to increased risk of building collisions. But this study shows how pervasive the effect of even modest levels of artificial light can be. It also underscores the importance of initiatives to reduce light impacts on wildlife, such as the 'Lights Out' scheme to reduce night light during migration season.” 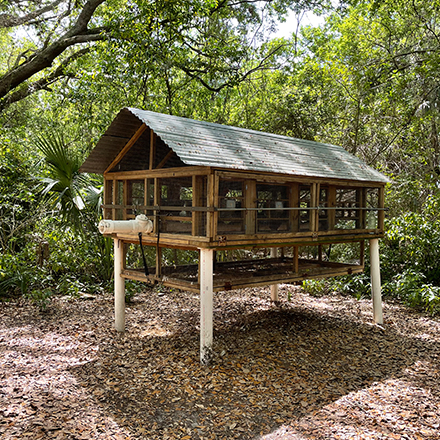 Many county health departments use sentinel chickens as a surveillance mechanism to monitor for West Nile virus and other mosquito-borne diseases. They typically don’t get sick from the virus and can’t transmit it to mosquitoes, people or other birds. Counties strategically place coops in locations that best represent the local human population, helping identify where to direct mitigation efforts that can prevent the spread of infection.

These findings support a 2019 study from USF that found exposure to artificial light increases the infection period of wild birds, increasing the potential of West Nile virus outbreaks by 41 percent.