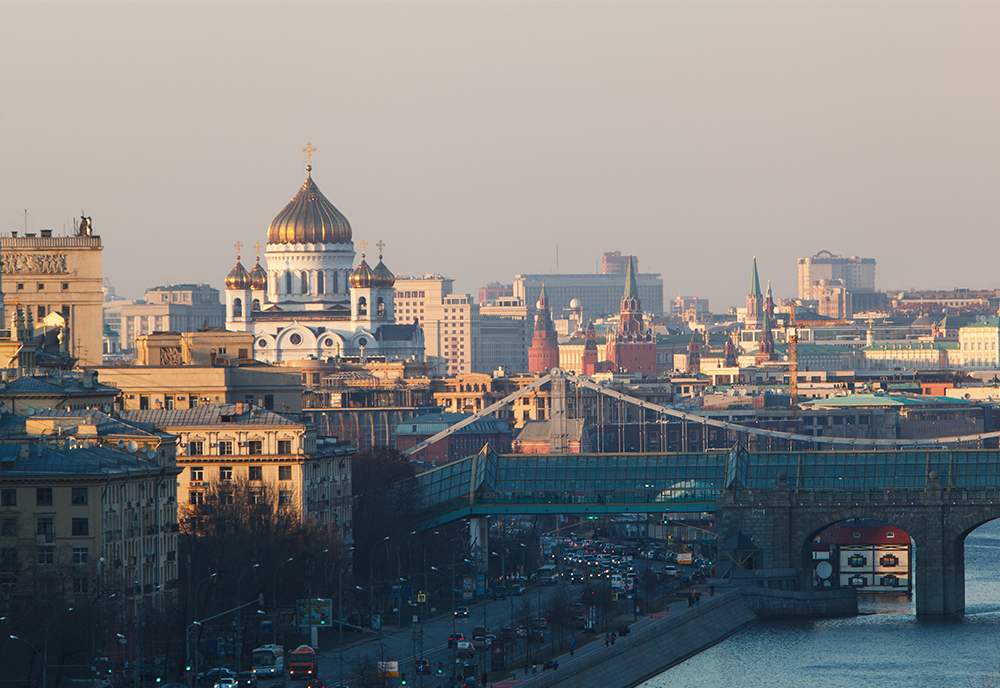 The USF Institute on Russia has forged a formal partnership with U.S. Special Operations Command (USSOCOM) to help strengthen the understanding of Russian disinformation and the dangerous impact it’s having on the world. Director Golfo Alexopoulos, professor of interdisciplinary global studies, is working with the J3-International Division of USSOCOM, which is headquartered at MacDill Air Force Base in Tampa, to enhance research on Russian disinformation and better position USF students for careers in related fields.

Launched in 2017, the Institute on Russia has experienced tremendous growth and interest from an interdisciplinary cross-section of students working to pursue global professions, especially those that involve national security. The program allows students to better understand the complexities of Russian politics and how authoritarian regimes conduct operations that ultimately blur the distinction between war and peace through shadow wars in the information space.

“The Kremlin views disinformation as a tool of warfare and they consider this information war with the West as ongoing,” Alexopoulos said. “It’s not just limited to U.S. elections. Kremlin disinformation seeks to undermine democratic institutions, the Transatlantic Alliance, the EU and NATO. The 2016 U.S. presidential election was just one instance of a much larger problem.”

Graduate students enrolled in Alexopoulos’s “Authoritarianism” course are being exposed to some of the world’s most established and well-known researchers and professionals who study the problem of disinformation. In collaboration with USSOCOM's J3-International Branch, she developed the four-part virtual “Forum on Russian, European and U.S. Security” (REUSS), which features panelists with expertise in cybersecurity, politics and international studies, data science, intelligence and related fields. The REUSS Forum is designed to raise the caliber and quality of students’ education and broadens their awareness of various careers.

“We host special operations officers from 26 nations, many of which face direct threats from Russian disinformation efforts every day," said William Fleser, deputy director of the J3-International Division of USSOCOM. “By partnering with the USF Institute on Russia, we saw the opportunity to better acquaint people with what the Russians are actually up to by enabling our partners to provide their personal insights about this mutual security concern.”

Panelists include representatives from several U.S. international allies who’ve long been battling Russian disinformation, as well as leaders in academia at Harvard University, New York University, Carnegie Mellon University and the University of California, San Diego. They’re discussing how Russian disinformation has spread rampantly across social media and strategies that can be implemented to combat the critical issue, as well as comparing Russian tactics to those of Chinese influence campaigns. The REUSS Forum is free and open to the public. The full schedule is available here.

In addition to the REUSS Forum, the USF Institute on Russia received a grant to support the rekindling of the Sister Cities initiative first launched in the early 90s between St. Petersburg, Fla., and St. Petersburg, Russia. The program includes collaboration between USF and the Higher School of Economics, one of Russia’s most prestigious public research universities that has campuses in St. Petersburg and Moscow. The program is scheduled to launch in the fall, and includes regular programming between students, including delegation visits, which are dependent on COVID-19 travel restrictions.

College of Arts and Sciences, Institute on Russia