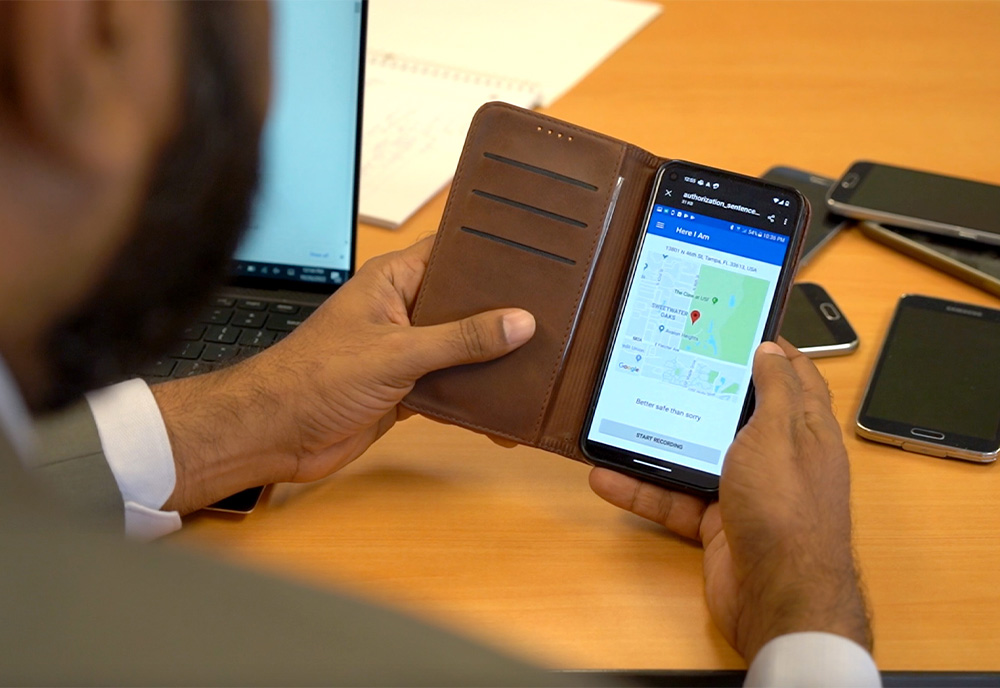 Researchers at the University of South Florida are in the process of licensing a new, patented technology that can more accurately confirm an individual’s identity and location using their voice. The technology, dubbed “Here I am,” creates an unforgeable, encrypted digital certificate on a user’s cellular device.

The certificate is permanently verifiable and can be used for authentication in a variety of scenarios, such as improving employee accountability, protection for victims of domestic abuse and criminal justice.  The goal is to license the technology directly to telecom providers that utilize location data. The providers can then offer it to companies to integrate into their own apps, such as ride-sharing services, helping them better protect drivers and passengers.

“When law enforcement is investigating a crime, it is very common for those who are detained to be unable to generate verifiable alibis and that becomes a critical liability,” Chellappan said. “They can’t return to work, may lose their job and as a result, lose their income. I thought there must be a way to fix this and prove people’s true location, when needed.” 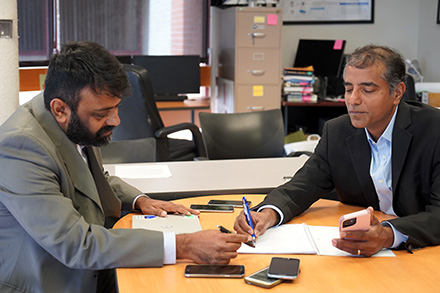 It wasn’t until 2018 over a cup of coffee with Balaji Padmanabhan, USF professor of information systems and management, that Chellappan’s pursuit of social justice started to come to life. Together, they discussed the value of a technology that could enable a person to authenticate their location – a concept that, up until now, did not exist with proven unforgeability.

Although devices can easily be tracked, confirming the identity of the person operating the device during that tracking is more difficult, especially after several years have passed. The team concluded the most efficient way to overcome this hurdle would be to combine a person’s voice with the location, date and time – a foolproof way for someone to prove they were at a specific place at a certain time.

“Most location authentication technologies today mainly authenticate a device, such as a phone, but not the user. Nothing like this exists,” Padmanabhan said. “If companies with reliable location identification can offer this as a service, then individual users can easily generate their own authentication as needed and companies, such as ridesharing platforms and financial institutions, can integrate the technology directly into their apps for their employees as an extra layer of protection.”

Computer science and engineering students helped build the Here I Am prototype’s cryptography – the techniques that enable unforgeability and ensure privacy of all communications.

In the prototype, a Here I Am user will initiate a request to generate an authentication certificate. The user will then be prompted to read a message out loud. While reading, the user’s device will record their voice, which is paired by a server with the date, time and precise location data to create a cryptographically verifiable certificate that forever preserves the information on the user’s device.

The different categories of use allow the technology to have a variety of purposes, such as ride-share companies validating users and locations to protect both riders and drivers, financial institutions validating account owners to approve money transfers and standardized test administrators confirming a student’s identity to reduce fraud during test taking.

“The demand to certifiably authenticate a person or an asset at a particular location at any point in time has immense value, that is yet to see the dawn of day,” Chellappan said. “Our technology enables just that and could be a game changer to the immense diversity of practical applications.”